Israel’s new parliament most divided yet

Multitude of parties and internal division are a sure recipe for a chaotic 24th Knesset. 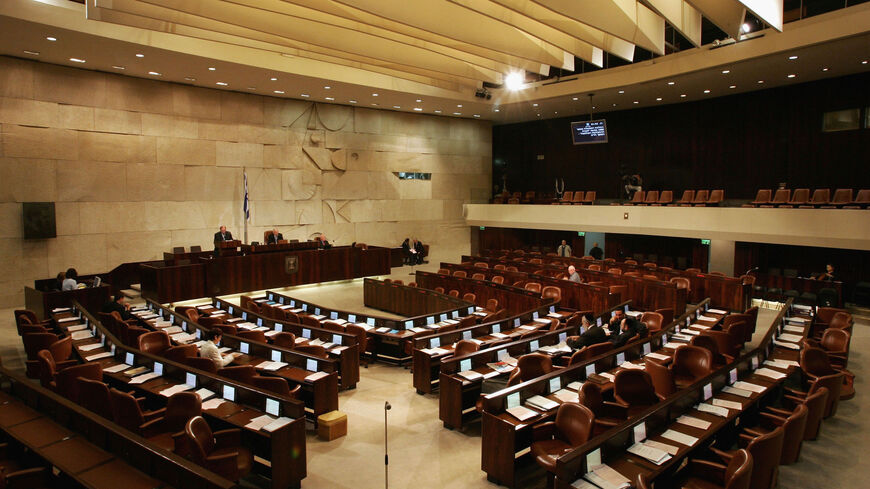 What will stand out most about the 24th Knesset, when it is sworn in April 7, is that it will be the most divided Knesset in all of Israel’s history.

There were 13 parties elected to this Knesset, as opposed to eight parties in the previous one. This is the result of internal divisions within the two main blocs, but also within the individual parties themselves. These weren’t the result of ideological disagreements either. In most cases, these were personal feuds. These were centered mainly around whether Prime Minister Benjamin Netanyahu can be a partner in the next government, even though he heads the biggest party in the Knesset, the Likud, with 30 seats.

What these divisions really mean is that there will be a basic problem in forming a stable government that can remain in power for any significant amount of time. Each of the parties has its own agenda. They all want to stand out by proving to their electorates that they can push their agendas through effectively. And they want to have tangible results before the next election, which most people think is right around the corner.

All of this is a recipe for a chaotic Knesset. Even if somehow a governing coalition is formed, the Knesset will still have to deal with ideological, sectoral and ethnic tensions from within.

That is also why over a week has passed since the March 23 election and it is not yet clear who will be the next prime minister. Even if we assume that the next premier will come from the bloc advocating change, which wants to replace Netanyahu, the identity of the most plausible candidate is far from being established.

There are two options, on paper at least. The first is Naftali Bennett, head of the Yamina party, with seven seats. The second is Yair Lapid of Yesh Atid, with 17 seats. Though both men share the overriding goal of bringing an end to Netanyahu’s hold on power, they are diametrically opposed on all other matters, civil and ideological. Bennett is a right-wing ideologue who advocates annexation of West Bank settlements and the introduction of more conservative elements into the country’s legal system. Furthermore, most of his voters come from the hard right.

As head of the center-left bloc, Lapid represents liberal values, the protection of the legal system in its current format and a diplomatic agenda that believes in territorial compromise with the Palestinians.

Also part of the “bloc for change” is the head of the New Hope party, Gideon Saar, who controls six seats. He is no less a right-wing ideologue than Bennett, but he is motivated, first and foremost, by his goal of putting an end to Netanyahu’s rule, motivated by his desire to take revenge on Netanyahu for past slights.

Another prominent figure is the head of Yisrael Beitenu, Avigdor Liberman, who came away from the election with seven seats. He also leans to the right.

All of these men have stated categorically that they are categorically opposed to cooperation with the Arab parties — that is, the Joint List and Raam — to form the next government. And all of them loathe Netanyahu to some degree or other.

The problem is that there is no realistic scenario in which this “bloc for change” can form a stable government without support of some kind from the Arab parties, despite election promises by Saar, Bennett and Liberman that they would not include Arab parties in their government or even receive Arab support from outside the government.

Perhaps the most dramatic split in the 24th Knesset was the breakup of the Arab Joint List, which controlled 15 seats in the last Knesset, making it the third-largest party. The decision made by Raam leader Mansour Abbas to lead his party out of the Joint List effectively reshuffled the deck in Israeli politics.

His decision led to a sharp drop in the number of seats controlled by the Joint List. Once a rising force in the political arena, it now has just six seats, while Abbas made it back to the Knesset with four, the minimum. Nevertheless, he will be one of the most powerful people in the 24th Knesset. Abbas has not ruled out joining a right-wing coalition headed by Netanyahu, meaning that Abbas is a versatile player who uses the entire playing field to his advantage.

Abbas effectively split the Arab electorate in two based on their approach to government. He represents the pragmatic position, which believes that the social welfare of the Arab public should be at the forefront rather than the Palestinian national struggle. In contrast, the Arab Joint List is now seen as an anachronism. It continues to cling to the old rhetoric, acting, it seems, as the Knesset lobbyist for the Palestinian Authority, even when this came at the expense of the Arab sector in Israel.

Abbas is something of a revolutionary. He proved there is another way. This brought him wide support, so that he is now the rising force in the Arab sector. That explains why the heads of the Zionist parties, including Lapid, Blue and White’s Benny Gantz and Labor’s Merav Michaeli made pilgrimages to Abbas in the days leading up to the election.

One interesting point is that the head of Raam has a warm personal relationship with the head of the ultra-Orthodox Shas party, Aryeh Deri. Not only is Shas the larger of the two ultra-Orthodox parties in the Knesset, it is also closely aligned with Netanyahu and the Likud. Both Shas and Raam are conservative religious parties, which have found common ground on quite a few issues, including opposition to same-sex marriage.

One senior political source said Abbas and Deri have a close relationship based on trust. It is a kind of alliance between two minority groups who have been victims of discrimination.

There now will be 26 members of the Knesset, Jewish and Muslim alike, who can be classified as “religious conservatives”: Raam with 4 seats, Shas 9, ultra-Orthodox Yahadut HaTorah (United Torah Juadaim) 7 and the far-right nationalist Religious Zionist 6. All but two of these seats are held by men.

What all of this means is that the 24th Knesset did not deliver a message of unity and healing. Instead, it will be hard-pressed to function for any length of time. And there is no good news when it comes to the representation of women either.

Of course, there is some comfort in the fact that there is a woman, Merav Michaeli, who heads a party on the left with seven seats. Everywhere else, the parliament has regressed in terms of the representation of women.

Based on an analysis of the election results, Israel’s international ranking in terms of women serving in parliament will drop significantly. As of now, just 30 women (out of 120 seats) are expected to serve in the next Knesset; that is 25%. The 23rd Knesset had 32 women, or 26.7%, so that Israel ranked 72nd according to the Inter-Parliamentary Union. Once the 24th Knesset is sworn in, it will drop to 91st place. By way of comparison, Kazakhstan ranks 71st and Iraq ranks 87th. This decline comes after many long years of progress in gender equality.

The result is that the new Knesset is a more male-dominated institution, with unprecedented alliances between the religious, Arab and Jewish sectors. What this means is that it will have difficulty advancing secular and liberal legislation, even if Lapid or Bennett take over as head of the “bloc for change.” The differences between the various components of their potential coalition are so dramatic that it will be paralyzed, while the person leading it will be easily extorted by his coalition partners. Such a coalition will have just one goal: getting rid of Netanyahu.