After the trip was delayed three times, Prime Minister Benjamin Netanyahu is reportedly set to spend a few hours in Abu Dhabi tomorrow. 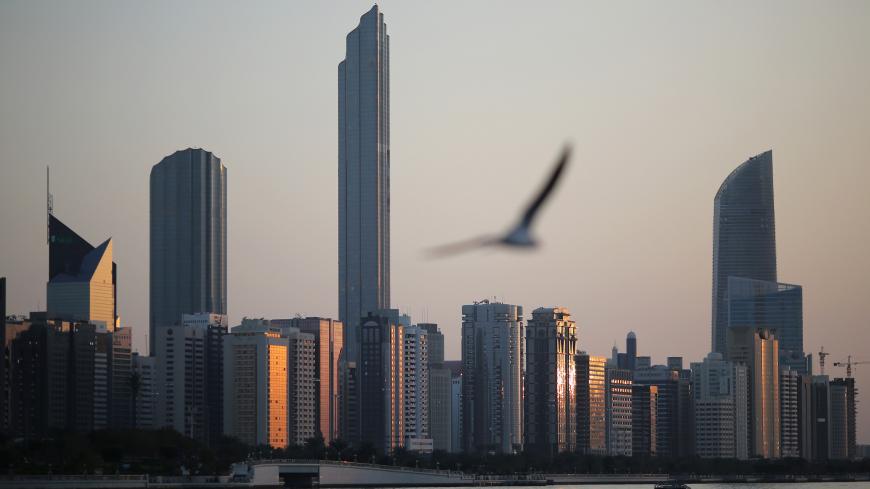 A general view of the city skyline at sunset from Dhow Harbor is seen on Feb. 5, 2015, in Abu Dhabi, United Arab Emirates. - Dan Kitwood/Getty Images

Prime Minister Benjamin Netanyahu reportedly plans to fly tomorrow to the United Arab Emirates for a historic first visit and meet with Crown Prince of Abu Dhabi Mohammed bin Zayed. Netanyahu’s office has not yet confirmed the news.

Netanyahu has postponed the visit to the Emirates three times. Originally, Foreign Minister Gabi Ashkenazi was set to be the first Israeli minister to visit the Emirates, shortly after the September 2020 signing of the normalization agreement. He was invited to participate at a regional ministerial meeting there but Netanyahu halted the plan, banning any ministerial visits there or in Bahrain before he made one of his own. His office then scheduled a three-day December visit to both countries, where the prime minister was set to inaugurate Israel’s two new embassies.

Since then, the trip has been repeatedly postponed and its agenda shortened. On Feb. 4, Netanyahu’s office said the expected Feb. 9 visit was delayed for the third time, citing Israel’s nationwide lockdown and the closure of Ben Gurion International Airport over the pandemic.

Tomorrow’s visit will last a matter of hours and there will be no ceremonial opening of the embassy. Senior Israeli diplomat Eitan Nae’h arrived to Abu Dhabi at the end of January and is serving as charge d’affaires until a permanent ambassador is appointed. The offices of the embassy opened officially a few days ago. Israel is planning to establish a large embassy there, including several representatives of the Economy and Trade Ministry and a consulate in Dubai. The Israeli Embassy in Manama also started functioning a few weeks ago. There as well, the mission is headed by a charge d’affaires as a permanent ambassador has not been appointed yet.

According to the Israeli press, some Emirati officials are hesitant about tomorrow's visit, just 12 days before the general elections in Israel. They fear the proximity of the visit to election day could be viewed as political, as if the Emirati regime were supporting Netanyahu in his campaign.

Be that as it may, it does appear that Netanyahu informed Defense Minister Benny Gantz about the upcoming visit after keeping him in the dark about previous plans.

The press also said that neither Israel’s national carrier El Al nor the other two Israeli carriers Arkia and IsraAir were invited to operate the flight. It is unclear by what means Netanyahu will travel to Abu Dhabi.

On March 2, Netanyahu met with the Emirates' first ambassador to Israel, Muhammad Mahmoud Al Khaja. The ambassador arrived to Israel for a first four-day visit to present his accreditation letter to President Reuven Rivlin. He is expected to return to Israel in the near future to stay. Warmly welcoming Al Khaja, Netanyahu said, “We are changing the Middle East; we are changing the world.”

Upon his arrival, the ambassador opened a Twitter account from which he tweets in Arabic, English and Hebrew. It has already attracted more than 32,000 followers, including many Israelis.