Israel's public broadcaster Kan reported that the missile strikes near Damascus were in response to the explosion aboard an Israeli ship in the Gulf of Oman last week. 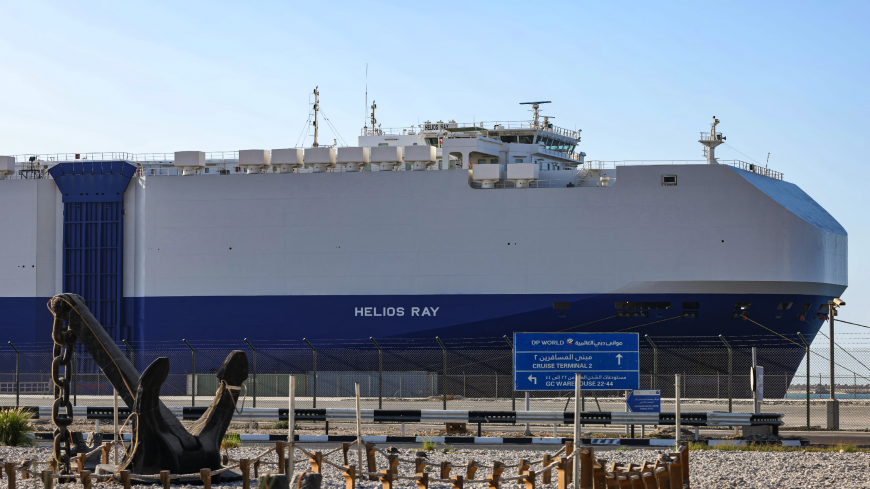 This picture taken Feb. 28, 2021, shows a view of the Israeli-owned, Bahamian-flagged MV Helios Ray cargo ship docked in Dubai's Mina Rashid (Port Rashid) cruise terminal. The MV Helios Ray, a vehicle carrier, was traveling from the Saudi port of Dammam to Singapore when a blast occurred on Feb. 25, according to the London-based Dryad Global maritime security group. - GIUSEPPE CACACE/AFP via Getty Images

Syria reported Israeli airstrikes in the country on Sunday. The strike may have been in retaliation for an attack on an Israeli ship in the Gulf and followed US airstrikes in Syria.

Israel’s public broadcaster Kan reported that the missiles were fired at Iranian targets in response to the apparent attack on an Israeli ship in the Gulf of Oman. On Friday, an explosion occurred aboard the Israeli-owned MV Helios Ray while it was sailing in the strategic waterway between Iran and the Arabian Peninsula.

On Monday, Israeli Prime Minister Benjamin Netanyahu accused Iran of being behind the attack. The Iranian Foreign Ministry has denied responsibility.

SANA and Syrian opposition media regularly report Israeli missile strikes against Syrian and Iranian targets throughout the country. Israel does not confirm its military actions abroad, but Israel leaders have hinted that they are responsible for such strikes in the past.

The airstrike also followed the United States hitting Iran-backed militia targets in eastern Syria on Thursday. The Biden administration approved the bombing of Kataib Hezbollah and Kataib Sayyid al-Shuhada — Iraqi militias supported by Tehran — in response to recent attacks on US forces in neighboring Iraq.