Iraqi Prime Minister Mustafa al-Kadhimi is calling for a comprehensive national dialogue among all of the country’s forces ahead of the election, seizing the opportunity after Pope Francis’ visit to Iraq. 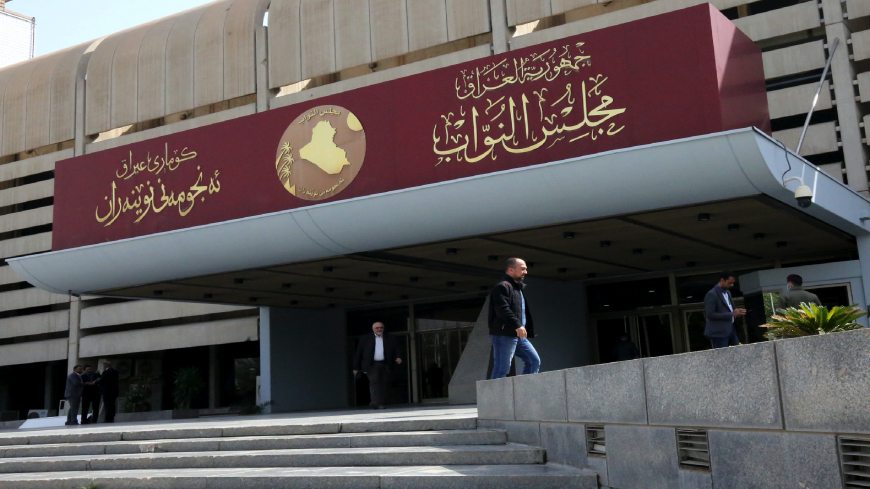 Iraqi Prime Minister Mustafa al-Kadhimi said on March 16 that the initiative for a national dialogue that he proposed to the political parties and blocs “is the only way to build a state and well-establish the state concepts to empower its success.” Thus, he emphasized the importance of his March 8 proposal, through which he called on political forces, protesting youths and oppositionists to the government to gather around the dialogue table.

"This is the first time that an Iraqi prime minister has called for a comprehensive national dialogue without any ideological agenda," Hosham Dawood, an adviser to Kadhimi, told Al-Monitor, expecting that the majority of Iraqi political forces, even the militias, would attend the dialogue.

The National Wisdom Movement chairman voiced a day later his support for the initiative and urged all political forces as well as social and academic figures to join the dialogue to address failures.

On behalf of the Kurdistan Regional Government, Masrour Barzani welcomed the initiative for “a dialogue involving the political parties in order to resolve all problems and conflicts.”

A crystal clear divide marks the Shiite arena. The Fatah Alliance sharply opposed the national dialogue, affirming March 10 that “it is useless to hold a national dialogue before achieving full sovereignty and the exit of foreign forces.” Sadrist movement leader Muqtada al-Sadr, however, expressed support for a dialogue “that would engage the various parties, including the youths in the protests.”

The Sunni forces’ support for the national dialogue exceeds that of the Shiite ones. Osama al-Nujaifi, the Salvation and Development Front chairman, stressed in a tweet that “Kadhimi's call is a bid to activate a serious dialogue that [prepares] for a new stage.”

Dhafer al-Ani, a Sunni member of parliament, expressed support for the initiative, seizing such an opportunity to write that some partners in the Cabinet are reviving the toxic policy of exclusion and eradication, in a clear criticism of the pro-Iran Shiite forces.

Ihsan al-Shammari, director of the Center for Political Thinking, spoke to Al-Monitor about the reasons behind the various positions on the national dialogue. He explained that those opposing dialogue will doubt its outcomes under the pretext that they were not part of it and it was not comprehensive.

Shammari has even questioned some of the parties’ credibility regarding dialogue. He noted that some parties do not intend to conduct a founding national dialogue because it would make it easy to review past failures, adding that the traditional forces reject this.

Shammari indicated that “the armed parties and factions have not yet consented [to dialogue], although at least their political wings will attend it. That is especially true since relations between the factions and Kadhimi are yet to be up to the level that would have them recognize such a dialogue. Add to that, they are well aware that this dialogue table primarily targets them. That is why they will push their political wings to partake — not because they are fully convinced of being part of the consensus process, but as a sort of formality. So I do not think that they will attend.”

For him, “The national dialogue has no value unless it involves new political figures. The demonstrators represent a moment of discontent, intellectual maturity and political awareness. The dialogue must necessarily include intellectual elites, opinion-holders and real oppositionists.”

Alia Nassif, a member of parliament for the State of Law Coalition, told Al-Monitor, “Some forces find themselves in control of the political arena. It is not in their interest to involve others in the dialogue, and subsequently, what they want is for the dialogue to fail.”

Hamzah al-Hardan, a member of parliament for the al-Nasr Alliance, told Al-Monitor, “All relevant parties must be part of the dialogue. The political and societal forces that will join the table need to commit themselves to the fight against corruption, foreign subjugation and unlawful groups.”

Baleegh Abu Qalal of the National Wisdom Movement told Al-Monitor that they “are in favor of any call for a comprehensive dialogue, especially a dialogue involving the new political forces emanating from the October demonstrations that the movement’s leader, Ammar al-Hakim, called for.”

He stressed the need for “engaging the new opposition forces, and for seeking to reassure them that the dialogue consists of a real opportunity for them and for running in early elections. Also, these forces and their figures should be protected, starting from the armed groups, as a lot of them are either displaced and fearing their cities or being chased in their areas.”

Abdul Hadi al-Saadawi, a parliament member from the State of Law Coalition, told Al-Monitor the dialogue consists of “the right start to building the state institutions and restoring their standing. Add to that, to place uncontrolled weapons under control, and bring foreign investors into Iraq. Otherwise, the dialogue outcomes will not be satisfying.”

Hussein al-Maliki, a member of parliament for the State of Law Coalition, told Al-Monitor, “The October protesters are the sons of Iraq. Moreover, Kadhimi’s call involves all Iraqis at home and abroad, including the Baathists who neither committed crimes nor were involved in the bloodshed of the Iraqis. [Khamis al-Khanjar] of the Arab Project expressed desire that the dialogue table encompasses all Iraqis away from vengeance and retaliation. Nevertheless, all these calls for a comprehensive dialogue will be harshly opposed by the Shiite forces, particularly the pro-Iran ones that view the protesters, the Baathists and the opposition Sunni groups at home and abroad as the foes they will not [have a] dialogue with. That would prevent the dialogue from being successful.