Iraq gives visa on arrival to citizens of 30 countries

The list includes the United States, China and other large economies in a bid to attract investment to Iraq; most foreigners need to apply for a visa before traveling to Iraq. 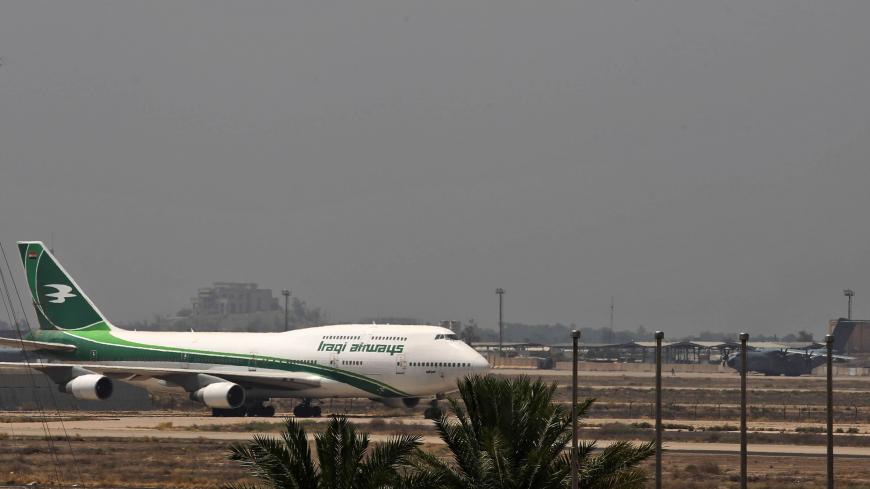 An Iraqi Airways Boeing 747 cargo aircraft is pictured on the tarmac of Baghdad's international airport following its reopening, after a closure since March forced by the coronavirus pandemic restrictions, Iraq, July 23, 2020. - Ahmad al-Rubaye/AFP via Getty Images

Citizens of the United States, United Kingdom, European Union states, Russia, China and other countries can now get a visa upon entering Iraq via an airport or a land or sea border. Those entering will need to pay a fee and their entry is subject to coronavirus-related regulations, the Iraqi government said in a press release.

The measure aims to boost the Iraqi economy. To this end, Iraq included all permanent members of the United Nations Security Council on the list. Citizens of the economic powerhouses Japan, South Korea, Canada, Australia, New Zealand and Switzerland can also receive a visa on arrival. Iraq wants to “encourage investment & support job creation,” the government said in a tweet.

Almost all foreigners needed to apply for an Iraqi visa before entering previously and this rule still applies for the states not on the exemption list, including Middle Eastern countries. The new policy will also make it easier for many international journalists to cover Iraqi news.

The Iraqi federal government does not control visa requirements in the entire country. The Kurdistan Regional Government (KRG) in northern Iraq implements its own visa regimen. Citizens of the United States, the EU, Turkey, Iran and several other countries can enter the Kurdistan Region without obtaining a visa beforehand, according to the KRG. This policy has been in place for several years.