Iraq's Nasiriyah has been the scene of violent protests recently, but calm has settled over the city with the prime minister's efforts to calm it. 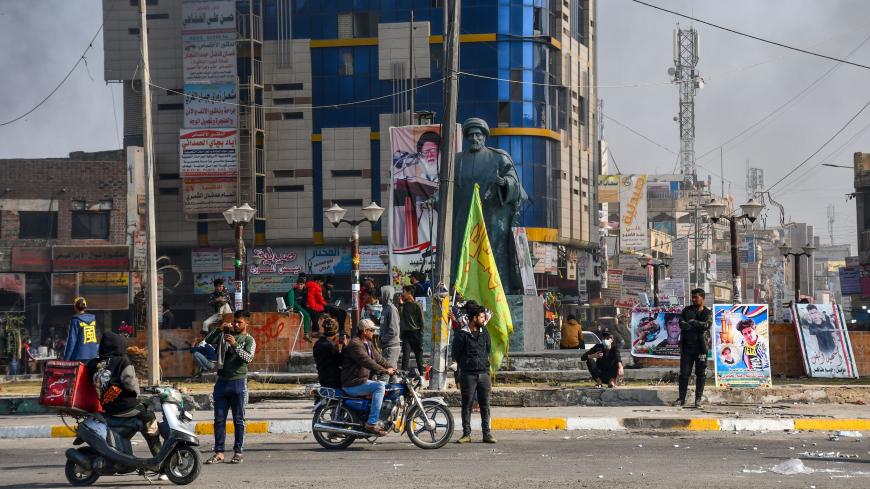 Protesters are pictured in a square as smoke billows following clashes between Iraqi police forces and anti-government protesters in Nasiriyah in southern Iraq on Jan. 10, 2021. - ASAAD NIAZI/AFP via Getty Images 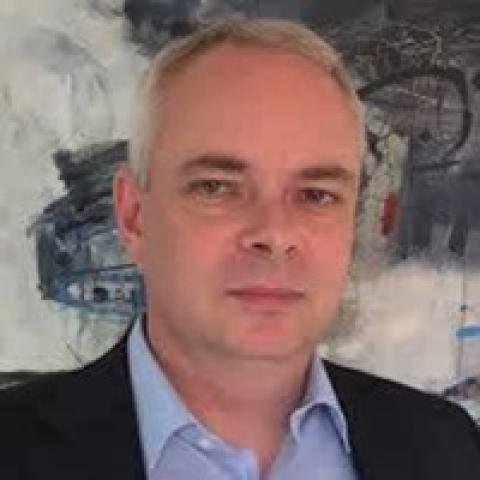 Iraq’s southern city of Nasiriyah — recently the site of large anti-government protests — has largely escaped the attention of the international media, but that is about to change. The visit later this week by Pope Francis to the place revered as the birthplace of Abraham, just outside the city limits at the site of the ancient city of Ur, is likely to attract worldwide attention.

On Feb. 26, Kadhimi appointed Gen. Abdul Ghani al-Asadi, who is serving as the head of the national security agency, as acting governor. Asadi, who is from Nasiriyah, is an influential figure among the tribal community and the province in general.

Asadi was instructed to listen to the public’s demands, ease tension between security forces and the protesters and reach a permanent resolution for the province's administration. He is leading an investigative committee formed by the prime minister to look into the recent excesses on the part of the security forces. Similar previous committees in Basra and Baghdad have led to the arrest of security forces who targeted protesters. Last month the government arrested four militants involved in abducting and killing protesters.

Asadi has been instructed to “start a process of transition toward a permanent governing structure, agreed with protesters and local leaders,” according to a source who spoke to Al-Monitor on the condition of anonymity.

In a statement, Kadhimi reiterated his previous instructions to the security forces to not use live munitions under any circumstances.

“The current government has undertaken several training programs for security forces to enhance their capacity to peacefully deal with protests,” a high-ranking official told Al-Monitor.

On Feb. 27, protest leaders in Nasiriyah announced a list of demands for the new acting governor, including revealing the party that ordered security forces to fire on demonstrators, the dismissal of the chief of police and an investigation into the former governor. They gave Asadi three days to meet their demands and have halted protests until after the pope’s visit to the city.

As the three days end tonight, there are no signs that a new escalation is brewing in the province. Instead, it seems the province is busy preparing for the pope's visit, which is a historic event for Iraq, particularly Nasiriyah.

Nasiriyah is more than a biblically significant place. The city plays a significant part in Iraq’s modern history. It was an important transportation hub along the Euphrates River during the Ottoman period. Many of Iraq’s artists, intellectuals and politicians have come from Nasiriyah. It has a rich political history: The Iraqi Communist Party was founded in the city; it’s the birthplace of Iraqi Baath Party founder Fuad al-Rikabi and many of the party’s early leaders were from the city and the Islamic Da’wa Party was formed there as well.

When Baghdad’s Tishreen protest movement began in October 2019, it quickly spread to Nasiriyah, and some of the fiercest clashes between protesters and security forces occurred there. Nasiriyah’s politics are linked to Baghdad’s politics, and what happens in Nasiriyah has ramifications in Baghdad and across the nation.

Kadhimi was appointed prime minister in May 2020 amid a serious political crisis and economic hardship and after the resignation of his predecessor Adel Abdul Mahdi following brutal suppression of the protests in 2019 by elements of the security forces. Kadhimi was able to open dialogue with the protesters, leading to the end of the protests in many cities including Baghdad. Kadhimi’s approach was validated when widespread demonstrations in October 2020 to mark the one-year anniversary of the Tishreen revolution were mostly peaceful, with protesters and security forces showing remarkable restraint.

Now, in Nasiriyah, Kadhimi faces a serious challenge. On the eve of the first visit by the leader of the world’s Catholic Christians to Iraq, tension has risen significantly in the city.

Public services such as power and clean water are limited at best in Nasiriyah — as is the case in much of Iraq. Meanwhile, the entire nation is suffering from an unemployment crisis, with at least 500,000 young people entering the job market each year, almost all of whom face little chance of finding employment. Amid this situation, Iraq’s youth no longer have much hope for the future.

Hard-line militia groups looking to disrupt the pope’s visit have also continued to agitate and while security forces are under strict instructions to avoid the use of lethal force, it seems some extremist groups would like to see violence embarrass the government while the world’s eyes are on Iraq.

Kadhimi’s administration has worked quickly to calm the situation. Approximately $100 million has been allocated by Baghdad to boost public services and address unemployment in the city and across the province.

Kadhimi and Asadi have begun a consultation process with local civil society groups to calm the situation and choose a new governor who will enjoy wide community acceptance.

While the government’s first steps have shown some positive results, the pope’s visit could be a first test of how long calm will remain in this crucial province.