In a new cycle of escalating rhetoric between Tehran and Tel Aviv, Iran’s top general said his country already has what it takes to destroy Israel. 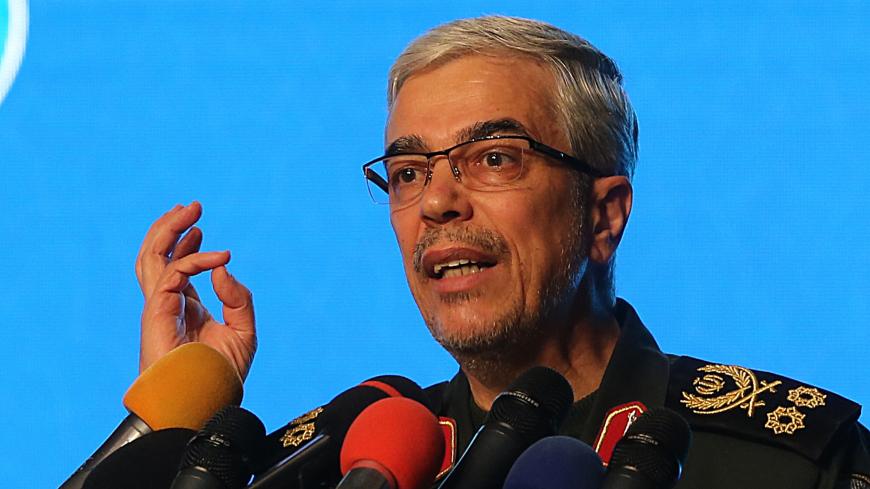 “Iran has acquired what it takes to blow up the Zionist regime,” Bagheri said. He said the potential “removal of the child-killing, malicious, fake regime from the political geography of the region is no illusion, but rather a genuine power that Iranian forces have gained with resolve and faith.”

The statement was in apparent response a strong threat earlier this month by Israeli Defense Minister Benny Gantz, who told Fox News that his country was updating plans to strike Iran’s nuclear facilities. “We must stand independently and we must defend ourselves by ourselves,” Gantz warned, saying this would be the case if the world is unable to curb the Iranian nuclear program, which Israel has long considered as the top existential threat to its security.

In a 2013 speech, Iranian Supreme Leader Ayatollah Ali Khamenei warned in response to Israeli threats of military strikes that the Israeli cities of Haifa and Tel Aviv would be razed. “The same command has turned into a project and will be put into operation,” Defense Minister Amir Hatami said March 7.

The departure of US President Donald Trump from the White House and the prospects of talks between Tehran and the Joe Biden administration have fueled worries among Israeli officials that Tel Aviv’s top ally could be soon engaging with its top adversary. The Biden White House, nevertheless, has publicly defended Israel’s security, staying in close contact with Tel Aviv over any rapprochement with Tehran.

However, Israeli concerns have not been allayed.

Earlier this month, an Israeli official said Iran might be guilty of “environmental terrorism” following an oil spill in Israel’s Mediterranean waters. While the spill is thought to have come from a Libyan tanker, some Israeli officials put the onus on Iran as they believed the tanker was carrying Iranian oil to Syria.

Following Trump’s departure from office in January, Israel has intensified airstrikes in Syria, targeting military positions it says are run by pro-Iran forces. These airstrikes, despite having been conducted frequently during the past several years, have not yet triggered any direct response from the Islamic Republic.

In November, top Iranian nuclear scientist and missile expert Mohsen Fakhrizadeh was gunned down in an intricate ambush outside the capital, Tehran. Israel neither denied nor confirmed its role in the killing. The Islamic Republic was quick to point the finger at Israel and warned of a “severe revenge” — which has not yet been taken.