Intel: US pledges nearly $600M in humanitarian aid to Syria

The Biden administration is also calling on the UN Security Council to allow the free flow of aid to opposition-held parts of Syria. 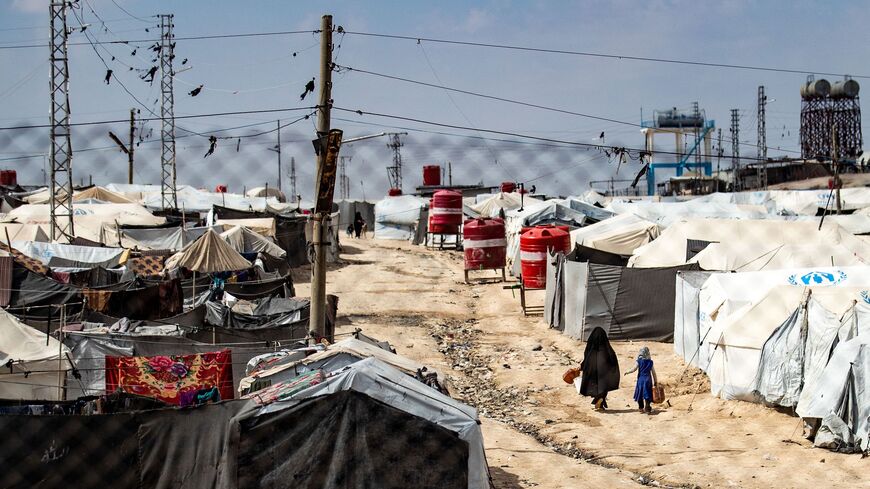 A woman and a child walk between tents at the Kurdish-run al-Hol camp, which holds suspected relatives of Islamic State fighters, in Hasakah governorate of northeastern Syria, on March 3, 2021. - DELIL SOULEIMAN/AFP via Getty Images

The United States has announced nearly $600 million to support the humanitarian response in Syria, where a decade of civil war has left an estimated nine in 10 people living in poverty and created what remains the world's largest refugee crisis.

“We offer support to alleviate the suffering of the world’s most vulnerable people because it aligns with our values as a nation and with our national interests,” Secretary of State Antony Blinken said in a statement on Tuesday. “We urge other donors to support the Syrian people by increasing their contributions to these efforts.”

At $596 million, the US contribution is down slightly from last year’s pledge of nearly $700 million. Officials stress that the United States remains the single largest donor to the Syrian response, providing nearly $13 billion since the start of the conflict in 2011.

Why it matters:  The US announcement came as donor countries met virtually at a UN-hosted conference in Brussels aiming to raise more than $10 billion to support Syrians inside the war-torn country, as well as those who found refuge in neighboring countries like Turkey, Jordan and Lebanon.

Humanitarian needs in Syria have never been greater, the United Nations says. A staggering 13.4 million people — two in every three Syrians — are in need of humanitarian assistance. Across Syria, UNICEF estimates half a million malnourished children's growth is stunted.

What’s next:  Yet whether aid can get to many of those in need in Idlib remains unclear, and depends on whether the UN Security Council votes to reauthorize a cross-border aid operation into northwest Syria. An estimated 75% of the region's 4 million people depend on aid to meet their basic needs. Idlib, which remains the main hold out for rebel groups opposing the regime, also faces the potential of an assault by Russian and Iranian-backed Syrian government forces, something that would only accentuate the already dire humanitarian conditions there.

Syrian President Bashar al-Assad’s main allies on the 15-member council, Russia and China, could use their veto powers to eliminate the UN's single remaining aid crossing when its renewal comes up for a vote this July. The administration of US President Joe Biden is pushing hard to keep the Bab al-Hawa crossing on the Turkish border open, as well as reopen two aid lifelines that were shuttered in 2020.

As the Biden administration calls for unhindered assistance to Syria, advocates are also calling on Washington to restore funding for stabilization projects in parts of the country that were slashed by President Donald Trump.

Know more:  Elizabeth Hagedorn takes a look at where Syria falls on Biden’s list of priorities in the region and reports on Blinken’s message to Russia.