Former employee of German government convicted of spying for Egypt

The former worker in Germany's press office passed information to Egypt's General Intelligence Service in exchange for the service helping his family in Egypt. 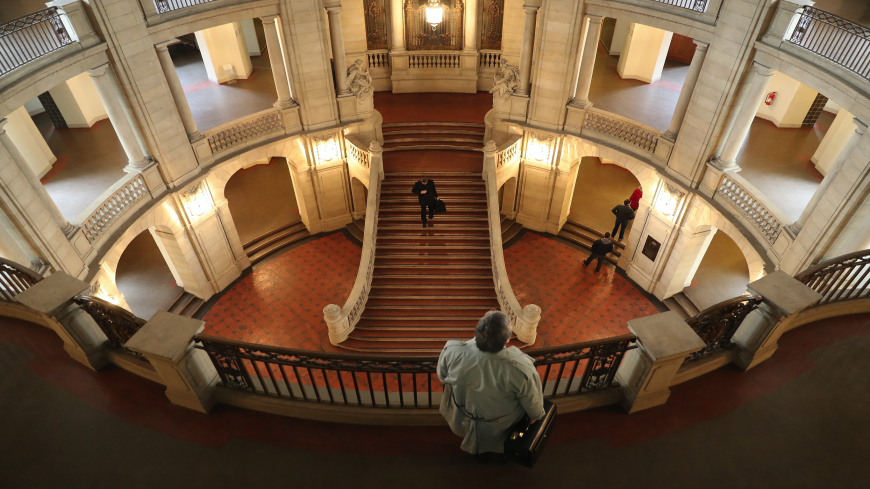 A man looks down into the central hall of Germany's Kammergericht Court House, where German government employee Amin K. was convicted in early March of spying on Germany on Egypt's behalf. - Sean Gallup/Getty Images

A former employee of the German government has been convicted of spying for Egypt.

A 66-year-old identified only as Amin K. received a suspended prison sentence of one year and nine months, The Associated Press reported on Wednesday. The former office employee of the German federal government's press office received the sentence last week, according to the outlet.

Prosecutors said Amin passed information to Egypt’s General Intelligence Service while working for the press office’s visitor service. Court documents also said he attempted to recruit another spy and passed on the names of five colleagues of Syrian heritage to the service, among other transgressions. Amin has family in Egypt, and his handler helped his mother obtain her pension in return for his services, according to Germany’s state-owned broadcaster Deutsche Welle.

Amin’s case first made the news last July when Germany’s domestic intelligence service, the Federal Office for the Protection of the Constitution, mentioned it in an annual report.