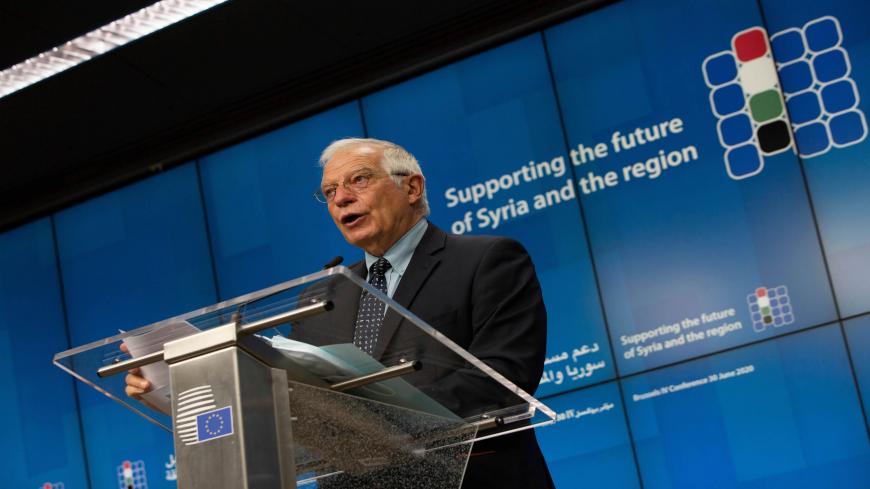 The European Union is standing firm on sanctions against Syria’s President Bashar al-Assad and will not support reconstruction for the war-torn country until the dictator in Damascus steps aside.

“There will be no end to sanctions, no normalizations and no support for reconstruction until a political transition is underway,” Josep Borrell, the EU’s top foreign affairs official, said Tuesday at a European Parliament debate marking the 10th anniversary of Syria’s unresolved civil war.

Borrell doubled down on the EU’s stance that providing international reconstruction aid to Syrian territory under Assad’s control would vindicate the dictator’s “crushing” of the country’s 2011 uprising and “pursuing a war until the whole country gets on its knees.”

The EU’s policy, initially spearheaded by the United States, seeks to isolate Assad until free and fair elections are held in Syria, as called for by United Nations Security Council Resolution 2254.

The top diplomat said the EU is prepared to provide "substantial support" for Syria's reconstruction once elections are held, according to the political process outlined in Resolution 2254, noting that the EU has already given $26 billion in aid, Turkey's Anadolu News Agency reported.

Borrell's comments came the same day as the United Arab Emirates’ (UAE) top diplomat called for the Damascus regime to be restored to the Arab League, and for “joint action” with its regime and private sector to help the country return “to normal.”

The UAE opened its first diplomatic mission in Damascus in 2018 for the first time since Assad’s regime was ousted from the Arab League in 2011.

Russia, whose military intervention on Assad’s side in 2015 helped turn the tide of the war in Damascus’ favor, continues to seek to back Assad's political and military initiatives.

Roughly half of Syria’s population has been displaced by the civil war. More than 80% of Syrians in the country live below the poverty line, though there is little sign the Assad regime is willing to enact reforms demanded by the United States and its allies.