Abdullah bin Zayed Al Nahyan’s stressed support for stability and the need to end the war during the visit, which the US State Department said it does not support. 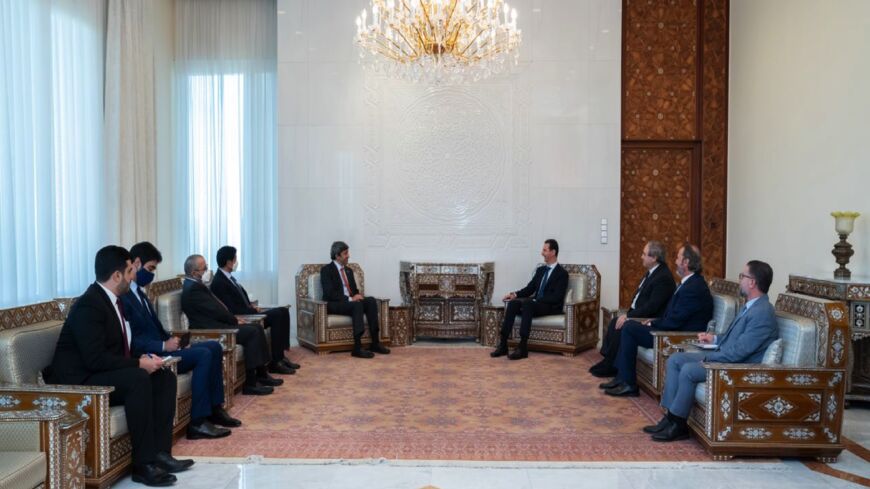 The official Emirates News Agency confirmed Nahyan’s visit. During the conversation, he noted the UAE’s support for security, stability and development in Syria and an end to the war, according to the agency.

Many Arab states cut off relations with Syria in 2011 at the start of the civil war and supported rebel forces. Syria was also expelled from the Arab League at the time. Assad’s forces have been widely accused of war crimes throughout the war, which is now in its 10th year.

The tide of war began to turn in 2015 when Russia intervened on Assad’s behalf. The Syrian government now controls most of the country, and this has prompted some countries to rethink their policies toward Syria.

The UAE and its ally Egypt were among the first countries in the region to reach out to Syria under Assad. Both endorsed Syria rejoining the Arab League this past March. The UAE also sent food aid to Syria in April.

Some other countries have since followed suit. Last month, King Abdullah II of Jordan spoke with Assad on the phone for the first time in a decade and has expressed support for Syria’s readmission to the Arab League. Saudi Arabia is also considering rapprochement with Syria.

“We’re concerned by reports of this meeting and the signal it sends,” State Department Spokesperson Ned Price told reporters today. “This administration will not express any support for efforts to normalize or rehabilitate Bashar al-Assad, who is a brutal dictator.”

Price refrained from criticizing the UAE government directly, saying, “I will leave it to our partners … to characterize their position on Syria.” He said they want countries to consider the “atrocities” allegedly committed by Assad’s government during the war, and they have discussed this with Emirati officials.

“It is shameful that a growing number of countries are open to normalizing relations w/ #Assad,” Risch wrote on Twitter today. “The #UAE and others that are ignoring the ongoing violence against #Syrian civilians should work toward implementing #UNSCR2254 before taking any further steps toward normalization.”

Risch, who is the top Republican on the Senate Foreign Relations Committee, has been criticizing unnamed countries for normalization with Assad in recent weeks alongside other members of Congress. Risch also expressed concern last week about the Biden administration’s view toward normalization, referring to the US-backed plan to send Egyptian gas to Lebanon via Syria.