Seif, who had been in pretrial detention since June, was convicted Wednesday of spreading false news and misusing social media. 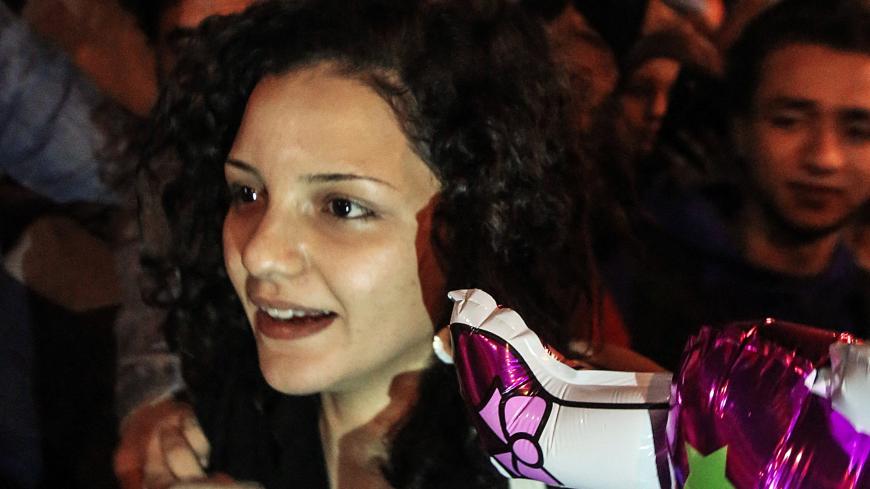 Egyptian rights activist Sanaa Seif stands in a street after being released from the Sayeda Zeinab police station in Cairo at the end of a prison sentence on Nov. 15, 2016. - AFP via Getty Images

Egypt has sentenced prominent activist Sanaa Seif to 1½ years in prison, her sister said Wednesday, in what Amnesty International called a “travesty of justice.”

According to a tweet from Mona Seif, the Cairo Criminal Court convicted her sister of "spreading false news related to the COVID-19 pandemic," "using a Facebook account to terrorize people” and insulting a police officer.

Seif’s lawyer said the ruling will be appealed. The verdict was delivered Wednesday without the 27-year-old activist present in the courtroom.

“Today’s verdict is yet another crushing blow for the right to freedom of expression in Egypt,” Amnesty’s regional deputy director, Amna Guellali, said in a statement. “The Egyptian authorities have yet again demonstrated their unrelenting intent to punish any criticism of their dismal human rights record.”

Seif has been in Egyptian custody since June, when her family says unidentified security forces seized her outside the Cairo public prosecutor’s office. Seif had been waiting at the Cairo office to file a complaint related to an attack on her family at the Tora prison complex the previous day.

Seif, her sister and mother said they were attacked by a group of armed women at the detention facility. The family was at the Cairo prison to receive a letter from Sanaa’s older brother, activist Alaa Abdel Fatah, who has been detained since September 2019 over anti-government protests.

Egypt’s authorities have stepped up their crackdown on dissent since Egyptian President Abdel Fattah al-Sisi came to power in 2013, with rights groups accusing the government of orchestrating widespread torture, forced disappearances and extrajudicial killings. In the past year, monitors have also documented the arrest or forced disappearance of a number of activists and journalists who criticized the Egyptian government’s response to the pandemic.

According to Amnesty, Seif’s Facebook-related charge stems from her criticism of Egypt’s overcrowded prisons and their inadequate response to the spread of the coronavirus.

Amnesty said that since 2014, Seif had been previously imprisoned in two other cases "for exercising her rights to freedom of peaceful assembly and expression."

The Biden administration has pledged to make human rights “central” to its relationship with Egypt. The United States joined 30 other countries last week to issue a rare rebuke of the Egyptian government’s use of counterterrorism laws to crush peaceful dissent.