A video that emerged of a member of Turkey's ruling AKP doing cocaine has stirred controversy, but it remains to be seen if the damage will be lasting. 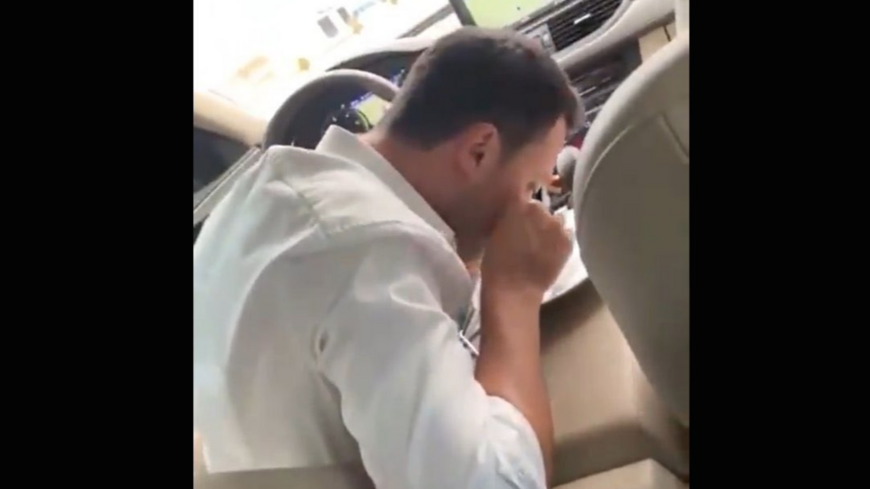 A screen grab from an undated video shows Kursat Ayvatoglu snorting what appears to be cocaine in his luxury SUV. - YOUTUBE/CNNturk

The scandal enveloping Turkey’s Justice and Development Party (AKP) government over a leaked video showing one of its members snorting what appears to be cocaine shows no signs of abating, with the opposition casting the affair as proof of the corruption and moral rot pervading the Islamists’ ranks after nearly two decades in power.

During a stormy session in parliament on March 31, opposition lawmakers continued to assail the AKP over the video. Ozgur Ozel, a lawmaker for the main opposition Republican People’s Party, said, “Those photographs, those videos … unveil the path to which the Justice and Development Party has strayed, the decay and the degeneracy in which it finds itself.”

The controversy centers on Kursat Ayvatoglu, the 28-year-old son of a working-class family who was employed at the AKP headquarters in Ankara and had apparently accumulated enough wealth to own two luxury vehicles on a $300 per month salary. He was secretly filmed, presumably by a fellow passenger, inside his luxury SUV as he did a line on its gearbox. The video began circulating online last week, just as the AKP was holding its annual party congress.

Photographs showing Ayvatoglu sipping a cocktail in an infinity pool, hugging a blonde in a leopard print bodysuit and placing chips at a casino surfaced as well. Ayvatoglu initially protested his innocence, claiming that he’d been inhaling powdered sugar, not cocaine.

But there was worse. Photos of Ayvatoglu posing alongside Turkish President Recep Tayyip Erdogan and Interior Minister Suleyman Soylu began circulating. Coinciding with Erdogan’s fresh drive to firm up his pious base amid a wilting economy and similarly droopy poll numbers, it was more than the government could bear. Ayvatoglu was detained on March 26 and fired from his job at the AKP, where he reportedly served as an adviser to AKP vice-chairman Hamza Dag. Dag denied any working relationship with Ayvatoglu, although a slew of visuals indicates otherwise. Soylu told the opposition daily Sozcu that he didn’t know the man at all and he was one of many people who asked to be photographed with him at AKP headquarters.

Ayvatoglu was freed then rearrested following an outcry. He is currently under house arrest. Three others who were in the vehicle during the cocaine party are being investigated as well, Soylu said.

Predictably, the affair has triggered a wave of handwringing among pro-AKP scribes. Some pointed fingers at the opposition. Could Ayvatoglu be a Trojan horse who infiltrated the AKP in order to blacken its name? Veteran Islamist columnist Abdurrahman Dilipak wasn’t buying any of it. “If you cover up the Ayvatoglu affair, you will be turning a blind eye to the road leading to disaster for your own children. The day will come when that monster will strike you too," he warned via Twitter.

“Follow the money and you will unravel the web of connections. If you follow that trail, [it] will lead you to the devil’s lair. That place is close to you,” he added in a thinly veiled jab at alleged corruption with the AKP.

The cocaine scandal is by no means a first. The AKP has survived far worse, most notably the corruption probe launched in 2013 implicating Erdogan and his inner circle in a billion-dollar Iran oil for gold sanctions-busting scheme. Police raids revealed shoeboxes stuffed with millions of dollars and money-counting machines. Secretly taped audio recordings of a male voice allegedly belonging to Erdogan instructing his younger son to hide further millions did little to hurt his ratings. The police officers who launched the investigation were jailed. The investigation was buried.

Islam Ozkan, a conservative intellectual who writes for the independent online news outlet Duvar, noted that government graft did not start with the AKP. The succession of weak and ineffectual coalition governments that preceded it were steeped in corruption, paving the way for the AKP’s rise. The difference today is that the economic pie is much bigger and the AKP’s had it all to itself since 2002.

In private conversations, many of Ozkan’s AKP contacts, be they in the government or parliament, rail against the moral backsliding. “But they would never dare to so in public for fear of reprisal or losing their jobs and the accompanying perks,” he told Al-Monitor. As for the AKP’s pious base, they continue to close ranks around the party as a result of the deepening chasm between secularists and religious conservatives that’s zealously encouraged by Erdogan.

Even after two decades in power, he’s managed to convince his base that their faith and lifestyle remain under threat.

A weakening Turkish lira, coupled with mounting joblessness and inflation, however, is beginning to raise questions amid even the most loyal AKP disciples. The instinct to cast a blind eye to AKP indiscretions may be weakening as reflected among the swelling numbers of undecided voters within the AKP in recent opinion polls.

Yet if the opposition believes they can cash in on the Ayvatoglu affair, they ought to think twice, Soylu hinted in the Sozcu interview. “Because of my job I possess a lot of private information [about people’s lives]. I only feel sorry for the [opposition] members of parliament who [tweet] about [the Ayvatoglu] matter. God forfend, what if such a situation emerges for their own loved ones?” he said.