In light of France's attempt to reconcile with its former colony Algeria, it has announced the easing of security restrictions on the French archives of the Algerian war. 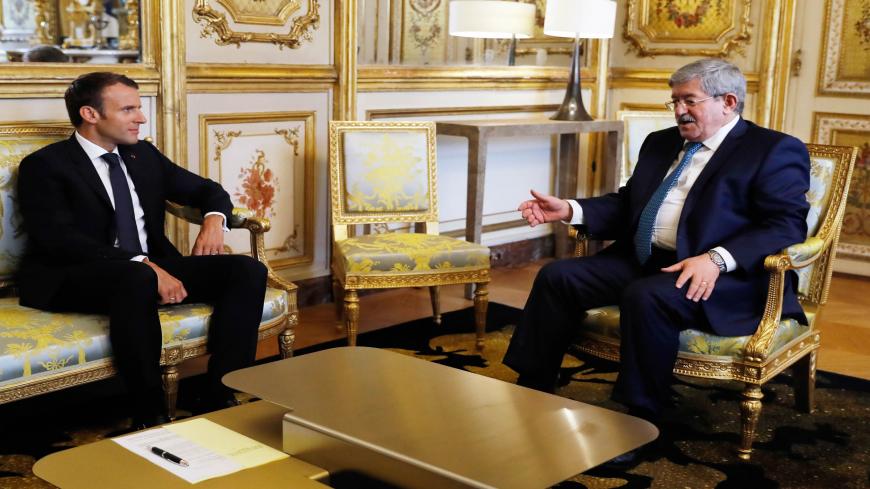 French President Emmanuel Macron has announced the easing of security restrictions on the country's archives of the Algerian war. It was hardly a dramatic move. Rather than opening up its war archive, the presidency has simply proposed new rules intended to speed up access. However, that it garnered column inches around the world goes some way in indicating just how controversial a chapter the war remains in both countries' history.

In Algeria, the war remains a pivotal moment. It marks the point at which — successive governments have insisted — the National Liberation Front (FLN) delivered freedom to the people of Algeria and secured their role at the center of the state, a position now being increasingly questioned by protesters throughout Algeria. For the French, battered by German occupation during World War II and scarred by the recent loss of its territories in Indochina, the war and its conduct remains an uncomfortable legacy of an unloved and largely unacknowledged past.

Now Macron must reconcile his past attitude as a campaigner for office, that colonization was a “crime against humanity,” with his stated position in January that France would consider “no repentance nor apologies” for his country's occupation of Algeria. Instead, Macron holds an uncertain middle ground, no doubt aware of his vulnerability to the right wing, including the descendants of Algeria's past colonizers and Marine Le Pen's National Rally, a party founded by her father, Jean-Marie, himself accused of torture as a lieutenant during the Algerian war.

In the meantime, France continues to wrestle with the legacy of the "police action" it undertook in Algeria between 1954 and 1962. Even today, the total number of fatalities remains a matter for debate. Over seven years of bloody conflict, the French estimate that somewhere between 300,000 and 500,000 Algerians lost their lives. The Algerians put that figure far higher, at around 1.5 million.

On the French side losses were also extensive, with approximately 27,000 military personnel losing their lives and between 5,000 and 6,000 civilians killed during the conflict.

The scale of the slaughter is a fair indication of the stakes. For France, with the perception of itself as a great world power looking increasingly fragile, the conflict in Algeria was vital. Moreover, unlike its territories elsewhere, Algeria had officially been regarded as an integral part of France since 1848.

Over subsequent years, colonists in their thousands from France and across Mediterranean Europe flooded Algeria. Generally known as the pied noirs, by 1959 they would number 1,025,000, making up around 10.4% of the total population. More than simply colonists, they established themselves as almost a colonial class, both fighting a domestic insurgency, while exacerbating it beyond all measure.

For the Algerians, forced to live as second-class citizens within their own country and with the massive majority of the country's Muslim population precluded from political power, the fight was nothing but existential.

Atrocities were committed by both sides. However, it was the French who brought the full force of the 20th century war machine to bear on a conflict that increasingly appeared to slip beyond its control.

Numbers are hard to come by. In his book, Gen. Paul Aussaresses — while claiming to have been acting on the orders of his government, an assertion subsequently denied — admitted to having overseen the torture and execution of hundreds of Algerian prisoners. Elsewhere, several hundred prisoners — again the exact number is unknown — were dropped into the sea from helicopters, their feet encased into concrete. The routine nature of torture meted out to the Algerian populace by French troops was documented by Henri Alleg, himself the scion of European Jews who had settled in Algeria during World War II. In his 1958 book, “La Question,“ he described the relentless onslaught of electroshocks, burning and waterboarding he experienced whilst in French custody. Others, such as FLN fighter Louisette Ighilahriz testified that, after having been shot during capture in 1957, she was too "disgusting" to rape, and how her French interrogators would stick "all sorts of objects in my vagina."

Over the following decades, French rapprochements with Algeria have been piecemeal. As recently as July 2020, Macron oversaw the return of the skulls of 24 Algerian independence fighters, taken as trophies by French troops in the 19th century. Earlier this month, he conceded that French forces had in fact tortured and killed freedom fighter Ali Boumendjel in 1957, before passing it off as a suicide.

The easing of access to the archive comes as part of a wider French remit to establish a “truth commission” to ease reconciliation. The commission, as historian Benjamin Stora — himself the descendant of Algerian Jews who fled the country after independence — stated will halt the "never-ending memory war" between the former colony and its European colonizer.

However, within Algeria itself, it is unclear how willing the public is to forgive and forget. "The memory of the war is in every Algerians' DNA," Algerian journalist Akram Kharief told Al-Monitor. "Every family has at least one member who died, was in prison or was forced into exile."

Nevertheless, over the decades, Algerian anger had given way to a need for recognition and understanding, Kharief explained. A need the French Commission may go some way to fulfilling. However, expectations are limited.

Perhaps more importantly for the Algerian state has been the reemergence of the mass protests, or Hirak, onto the streets of Algeria, provoking a more urgent reassessment of the war's legacy.

"The army has abused the memory of the war," Kharief said, referring to the pouvoir, the shady circle of army officers, state industrialists and business people that surround the presidency. "They use it to claim legitimacy and credit for the revolution. This is what they do. Every generation younger than the early revolutionaries are treated like children. Then they get too old and that's it, they're out. We're a country run by old men."

However, James Dean Le Sueur, professor of international relations and chair of the Department of History at the University of Nebraska-Lincoln, explained that the culture created by those old men is one highly skilled in the retention of power. With a brutal legacy of its own, including the killing of revolutionary rivals and the wholesale murder of undecided civilians to shore up its own support, "throughout Algeria's horrific civil war of the 90s to the present, the French know better than anyone, including the international supporters of the Hirak, just how far the Algerian state will go to preserve itself," he said.

Nevertheless, whatever the Elysee's ultimate goal might be, any fundamental public reckoning with France's colonial crimes may still be some way off, Le Sueur noted. "Look at the US' refusal to address either slavery or its genocide against native Americans. Alternatively, look at Britain's refusal to deal with its own colonial history, or its actions in Ireland. No country ever really likes to face up to the sins of its past," he said, before pausing for a moment, "Well, one does: Germany."