The president and first lady Asma are in good health and getting treated at home. The country has yet to obtain vaccines, and the UN fears cases are much higher in Syria than reported. 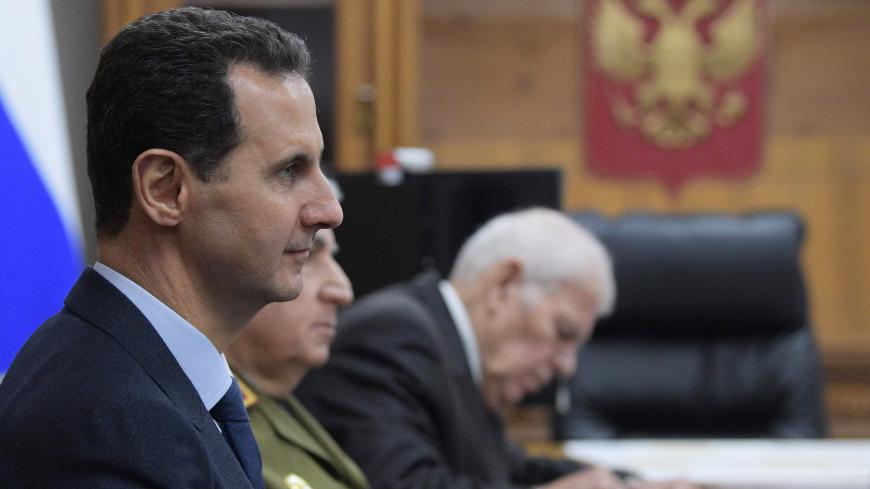 Syrian President Bashar al-Assad meets with his Russian counterpart at the headquarters of the Russian forces in the Syrian capital, Damascus, on Jan. 7, 2020. - ALEXEI DRUZHININ/SPUTNIK/AFP via Getty Images

Syrian President Bashar al-Assad and first lady Asma al-Assad have tested positive for COVID-19, according to a statement from the Syrian presidency on Monday.

They received a PCR test after experiencing mild symptoms. The two are in good health and will stay at home for two to three weeks, the presidency said in a tweet.

Assad, who is a medical doctor, is the first Middle Eastern head of state to be infected with the coronavirus. Other high-ranking officials in the region have also gotten the virus. In January, Deputy Prime Minister of the Kurdistan Regional Government Qubad Talabani also became infected.

The coronavirus is spreading in Syria, as it is in other countries in the region. On Sunday, the Ministry of Health reported 56 new cases of the virus.

The true number of cases in Syria is likely much higher than the government is reporting. Assad’s government controls most of the country, but not the rebel-held northwest province of Idlib. The government also has a limited presence in the Kurdish-led Autonomous Administration of North and East Syria.

Idlib in particular is vulnerable to outbreaks of the virus. Hundreds of thousands of people are displaced in the war-torn province and lack access to proper hygiene materials. Winter storms have further exacerbated the situation and could enable the spread of COVID-19.

A UN report on Syria from March 3 reported 15,696 confirmed coronavirus cases in the country. The virus is widespread in Syria despite the relatively low numbers, according to the UN.

“Overall, while official numbers remain relatively low, it is clear community transmission in Syria is widespread,” read the report.

The UN and the World Health Organization only operate in Syrian government territory. The report did not include information on cases in Idlib, but it did include figures from northeast Syria. Another UN report from this month described testing capacity as “low” in Syria.

Assad's infection this far into the pandemic is notable because many world leaders have received the vaccine. Syria is lagging behind its neighbors in vaccinations, and it has not officially confirmed receipt of any vaccine doses. There are unconfirmed reports that Israel provided Syria with vaccine doses in relation to a prisoner exchange between the two countries.