Despite losing its last stronghold in eastern Syria in 2019 and the presence of the US-backed Syrian Democratic Forces, the Islamic State continues to threaten the lives of citizens in Raqqa. 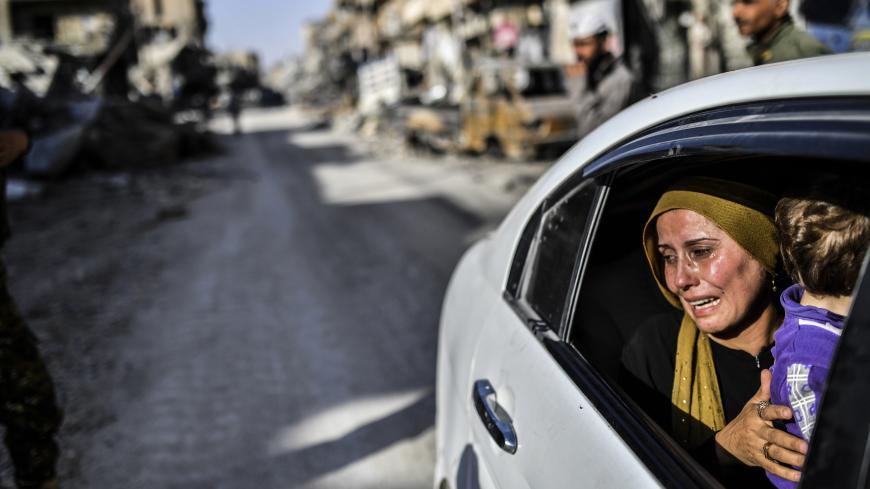 A woman cries as she looks at her house in Raqqa on Oct. 20, 2017, after a Kurdish-led force expelled the Islamic State group from the northern Syrian city. - BULENT KILIC/AFP via Getty Images 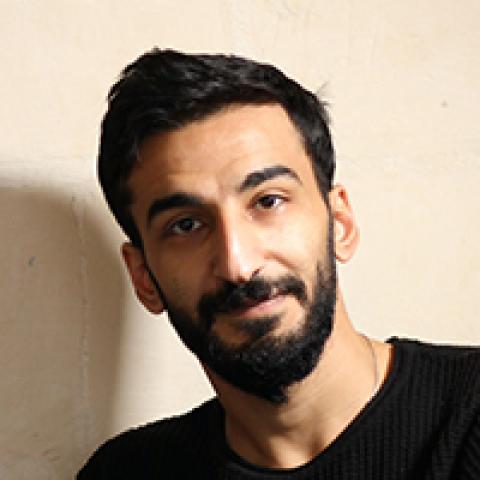 Although the US-led international coalition and the Syrian Democratic Forces (SDF) — a Kurdish-Arab alliance from the area — declared victory over the Islamic State when they took control of its last strongholds in al-Baghouz in March 2019, the global joy over eliminating the terrorist organization has not reached the people of Raqqa, the former capital of the caliphate, where IS seems to still wield significant influence.

Many of the city's people are still living in fear of the militants. Even if they cannot control the area as they once did, many IS cells are terrorizing civilians with bombings in residential areas, assassinations and threats despite the thousands of SDF soldiers in the area.

Hassan Abdullah (a pseudonym), a car dealer and a father of three in Raqqa who preferred not to reveal his real identity for fear of retaliation by IS or arrest by the SDF, lives in a rented house after the international coalition raids destroyed his family's home during the battle to expel IS from Raqqa.

Abdullah told Al-Monitor that residents are even more afraid of IS than before. “IS still exists," he said. "In September 2020, I got a phone call from a private number. The first thing I heard was: ‘We are the Islamic State, and we know that you make a lot of money from the car trade, and you have to pay zakat to us, or we are going to kill you,’” referring to a traditional Islamic charitable donation.

During its rule, IS would take money from civilians in the name of zakat. But according to locals, it was just a way to collect taxes from the community IS controlled.

Abdullah said the call felt like his worst nightmare. “I did not believe it at first, but after three days they contacted me via WhatsApp, and they sent me photos of the entrance to my house and from inside my shop. They even sent me a photo of one of my children! At that point, I could not ignore the matter. I spoke to some friends, but was shocked to find out that three out of five of them had also paid money under threats, but they did not dare tell anyone for fear of assassination by IS or arrest by the SDF on charges of financing terrorism.”

There was no other option for Abdullah but to pay IS, which is known for assassinating prominent figures in Raqqa in broad daylight.

Following IS’ instructions, Hassan took $5,000 to the meeting site, where he found two masked IS members on a motorcycle on the road between Jazrat al-Buhumaid and Abu Khashab, an area in the western countryside of Deir Ez-Zor. He delivered the bag of money at gunpoint.

Mohab al-Nasser, a human rights activist and researcher from Raqqa, explained that between 2014 and 2017, many people joined IS for the monthly salary but did not fight. However, today, those who have remained with IS are true believers in the terrorist organization's ideology, and they have gained military experience from the battles against the international coalition.

Nasser told Al-Monitor, “For two years, the SDF has failed to maintain security in al-Hol camp [which houses IS fighters and their relatives in eastern Syria], as there have been hundreds of cases of smuggling of dangerous women members of IS and assassinations using pistols inside the camp, despite the heavy security that the SDF claims to provide there."

Nasser explained, “The arrests of some IS cells in northeastern Syria are carried out based on intelligence from the international coalition, but the SDF takes credit for the operations.”

The southern countryside of Raqqa has also had its share of terrorism. Khalil, the brother of two men who were brutally killed by IS on the outskirts of the regime-held town of Maadan, recounted to Al-Monitor, “In July 2020, IS contacted my two brothers, who were shepherds. The organization requested a payment of four million Syrian pounds [$3,200] from each of them as zakat for our sheep.”

Khalil, who did not want to reveal his full name, said that his brothers decided to inform the Syrian regime but local security forces took no action, claiming the threats were empty.

“My two brothers refused to pay and ignored the repeated threats until November, when we found them executed with two bullets in their heads while they were herding sheep at night in the ​​Maadan area,” Khalil said.

Other local civilians from the area confirmed the similar killings of at least eight other people, including women: following a series of threats and demands of money.

Nasser believes that IS poses a much greater danger today is greater than when it declared the caliphate. “When the organization was in Raqqa, it was hard for IS members to hide as they would go to the group’s main headquarters, but today we are facing a completely unknown enemy,” he said.