Syrian opposition regroups as another round of talks crashes

The Syrian opposition is mulling its next moves after the faltering of yet another round of talks of the Syrian Constitutional Committee. 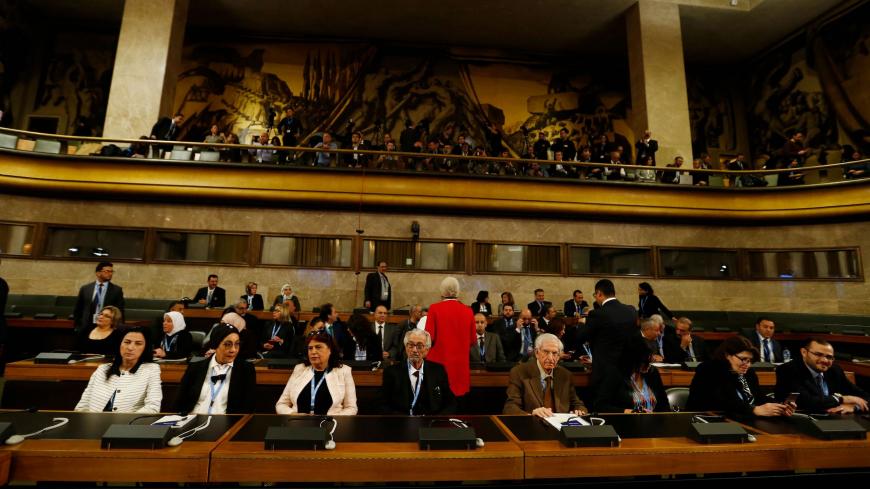 Members of the civil society delegation attend the first meeting of the new Syrian Constitutional Committee at the United Nations in Geneva on Oct. 30, 2019. - DENIS BALIBOUSE/AFP via Getty Images

IDLIB, Syria — The United Nations' special envoy to Syria, Geir Pedersen, called the fifth round of talks by the Syrian Constitutional Committee in Geneva a “disappointment” Jan. 29.

“I told the 45 members of the drafting body that we can’t continue like this, that the week has been a disappointment. I set out a few things I thought we should be able to achieve before we started this meeting, and I am afraid we did not manage to achieve these things. I believe the reason for that is that there has not been a proper understanding on how we are going to make progress in the committee,” Pederson said.

“I will, of course, also have that discussion with the SNC [the National Coalition for Syrian Revolutionary and Opposition Forces], and as I already had this week, I will also be meeting, of course, with the Russians, with the Turks, with Iranians, with Arab friends and of course also Europeans, and hopefully also with the new US administration,” he added, expressing hope it will be possible for him to go to Damascus in the not too distant future.

Pederson briefed the UN Security Council on the deliberations on Feb. 9, saying that the regime delegation had rejected his recommendations. He also informed the Security Council that he will attend the upcoming Astana talks in Sochi on Feb. 16.

The Syrian Constitutional Committee, formed in 2019, is made up of 150 members, including 50 figures from the Syrian regime and 50 from the the Syrian opposition’s negotiating body, Syrian Negotiations Commission (NSC), in addition to representatives of civil society. From this committee, the UN selected a smaller committee of 45 to draft the document.

After the meeting in Geneva, Nasr al-Hariri, the head of the NSC, said in a virtual press conference in Geneva Feb. 3 that to the regime, the political process is merely a way to play for time until it retakes control through bloody military operations against civilians.

Yasser al-Farhan, a member of the NSC's political body, told Al-Monitor, “Three reasons have been behind the faltering negotiation rounds,” adding that they affect all negotiations involving Syria.

“First, the regime follows a single strategy based on obstruction and stalling. It does not believe in a political solution and relies solely on military action by committing further crimes against humanity to remain in power in Syria,” he said.

“Second, Russia is fully backing the regime militarily on the ground, participating in its aggression against the Syrian people, and politically in the UN Security Council by using its right to veto. On the negotiating table, Russia is not playing the role of a neutral mediator” despite its efforts to appear so in international meetings, Farhan continued.

“Third, friendly countries do not appear serious in pressuring the regime to stick to the political process and Russia to end its bias toward [President] Bashar al-Assad and respect international resolutions,” Farhan argued.

He added that the “opposition has dealt seriously with the UN and the international parties, trying to make progress in the political process. The opposition is now calling upon the international mediator, Mr. Pederson, to name the party that is responsible for the failure of the talks before the Security Council and the secretary-general. It also calls upon the Security Council and the member states to take practical measures to ensure the political transition as per the Geneva Communiqué and Security Council Resolutions 2254, 2118 and 2254, as well as General Assembly Resolution 67/262.”

Farhan called on the UN to pay more attention to the humanitarian issues to release the detainees, and hold those involved accountable. He also called for another round of negotiations ​with a clear agenda of forming a transitional government body with full executive powers, including those of the presidency and the government, to oversee the missions of the security forces.

Mohammed al-Sarmini, a Turkey-based researcher at the Jusoor Center for Studies and Development, told Al-Monitor, “There is no international will to find a definitive solution for the Syrian issue.”

He went on, “Two factors are at play here. First, there is a conflict of interest at the regional and international levels, without any real compromises between the stakeholders that are involved in the Syrian quagmire. Another reason for the lack of international will to find solutions is the fact that it is in the interest of [stakeholder] countries to undermine the local players and play for time to dismantle the regime’s security and military structure, while also weakening other factions and organizations.”

Sarmini continued, “At the same time, there should have remained a political process for the Syrian opposition to try to force the regime to deal with it, if only superficially. But nothing can be achieved through this political process if there is no international agreement to find definitive solutions.”

He concluded, “From the Geneva talks in the spring of 2017 until now, the Syrian opposition has fully abided by all the UN conditions, as it believes that any reluctance on its part could prompt the UN to make major changes to the opposition’s structure and replacing certain figures or groups. The opposition is trying to convey a message that it is participating in the talks, despite being well aware that the result is a foregone conclusion, because of the regime's constant obstructionism. The opposition also seeks to keep the Syrian issue under the international spotlight.”

Sarmini believes that the international community must draw a map of Syria in line with the political and economic interests of all the regional and international stakeholders.

True negotiations should take place between the stakeholders concerned and involved in the Syrian issues and include the most basic constitutional items such as the form of governance and the distribution of power, he said. 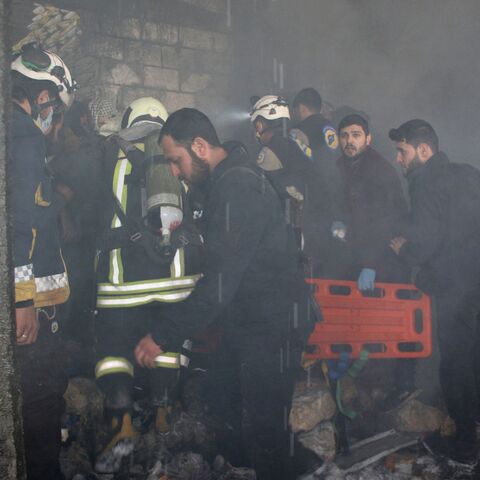 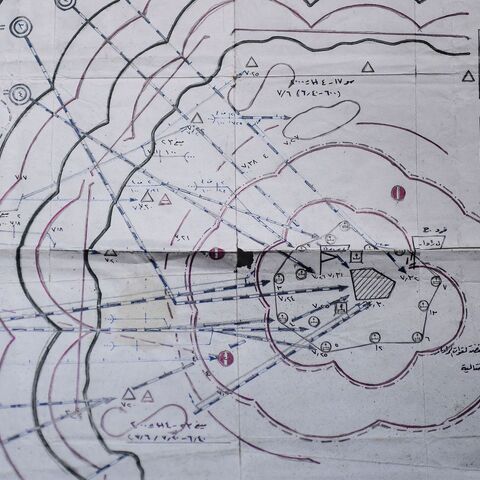