Saudi Arabia suspends travel from 20 countries, including US

Diplomats, health care workers and their families are exempt from the travel ban. 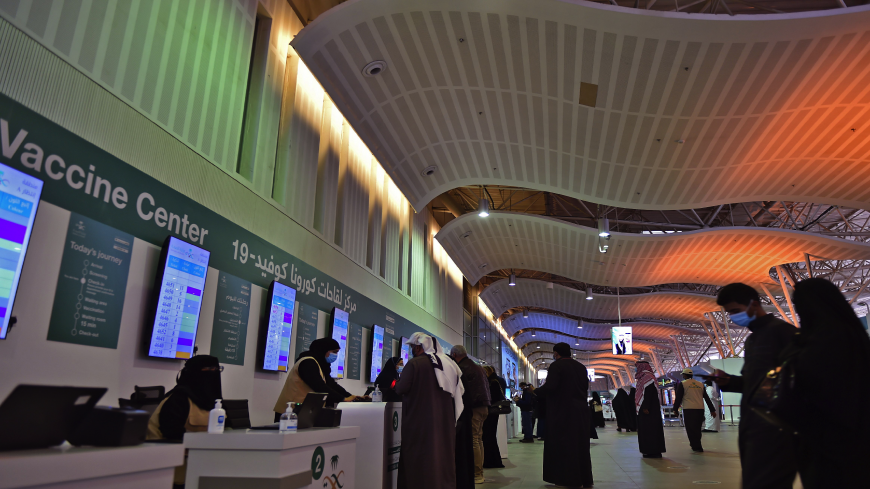 People register before receiving a dose of vaccine against COVID-19 at the Riyadh International Convention and Exhibition Center in the Saudi capital, Riyadh, on Jan. 21, 2021. Saudi Arabia launched its coronavirus vaccination campaign on Dec. 17 after receiving the first shipment of the Pfizer-BioNTech vaccine. The Health Ministry said the program would roll out in three phases, starting with people over 65 and those with chronic ailments or at high risk of infection. - FAYEZ NURELDINE/AFP via Getty Images

Saudi Arabia has banned travel from 20 countries in a bid to curb the coronavirus and prevent fast-spreading variants from reaching the kingdom, the official Saudi Press Agency (SPA) announced on Tuesday.

Diplomats, health care workers and their families are exempt from the travel order, which begins at 9 p.m. on Wednesday and includes travelers from the United Arab Emirates, Egypt, Lebanon, Turkey, the United States and the United Kingdom.

“The decision will include those travelers coming from other countries if they passed through any of the 20 banned countries 14 days preceding the request to enter the kingdom,” a source from the Interior Ministry told SPA.

Saudi Arabia has also extended its ban on Saudi citizens traveling abroad, pushing back the lifting of the restrictions from March 31 to May 17. The Interior Ministry said the decision was made after scheduled shipments of the Pfizer-BioNTech COVID-19 vaccine were delayed. The Saudi government in December first suspended commercial flights in and out of the country after a new, more contagious strain of the virus emerged in the United Kingdom and South Africa.

Saudi Minister of Health Dr. Tawfiq Al-Rabiah said Wednesday that the Health Ministry will begin to administer “huge quantities” of coronavirus vaccines over the next several days, reports Arab News. Saudi Arabia has made vaccines free to residents and hopes to vaccinate up to 70% of the population by the end of 2021. The kingdom launched its vaccination drive in mid-December, with 85-year-old King Salman among the first to receive a jab.

The Health Ministry on Wednesday announced 306 new coronavirus cases, bringing the total number to 368,945 since the start of the pandemic. The country of 30 million people has recorded 6,386 deaths from the virus.