Palestinian factions meet in Cairo ahead of elections

Fatah, Hamas and several other Palestinian political parties participated in talks in the Egyptian capital about the upcoming elections in the Palestinian territories. 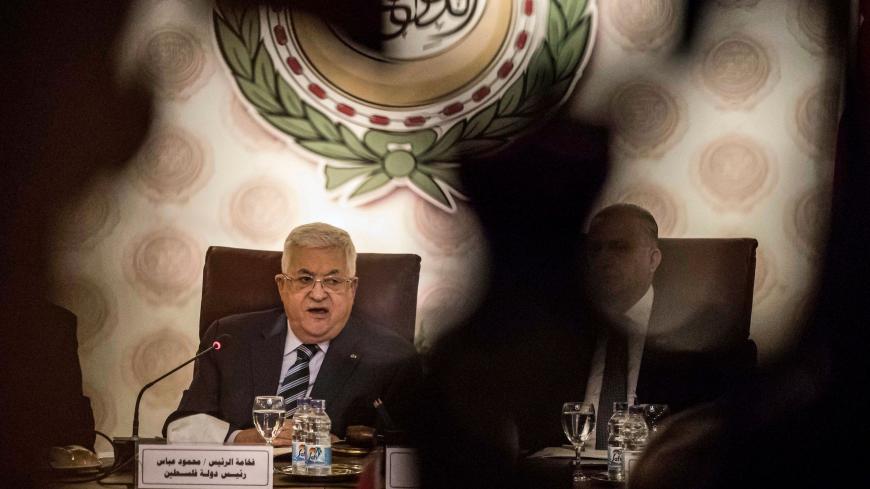 Palestinian President Mahmoud Abbas attends an Arab League emergency meeting discussing the US-brokered proposal for a settlement of the Middle East conflict at the league headquarters in the Egyptian capital Cairo on Feb. 1, 2020. - KHALED DESOUKI/AFP via Getty Images

Rival Palestinian parties met in Egypt today for talks. The discussion comes ahead of Palestinian presidential elections in July that will be the first in more than a decade.

A total of 14 groups participated in the Cairo event, according to WAFA News Agency. The Palestinian Authority-run outlet said they discussed procedures for the May 22 legislative elections and the July 31 presidential elections.

The PA is the internationally recognized representative of the Palestinian people. It is led by the Fatah Party and its leader, Mahmoud Abbas, is the president. The Gaza-based political and military organization Hamas is the other major Palestinian faction.

The Palestinian territories last held elections in 2005, which Fatah won amid a boycott by Hamas. The PA split in 2007 after armed fighting between the two groups. The conflict resulted in Hamas taking over Gaza and Fatah controlling the West Bank.

All the major Palestinian political parties attended the Cairo meeting. Both Fatah and Hamas sent delegations, according to the Hamas-affiliated Safa Press Agency. Other participants including Islamic Jihad, which is allied with Hamas, and the leftist groups the Popular Front for the Liberation of Palestine and the Democratic Front for the Liberation of Palestine, according to the outlet.