The prime minister cited Israel's suspension of flights for pushing back the historic trip to the Gulf. 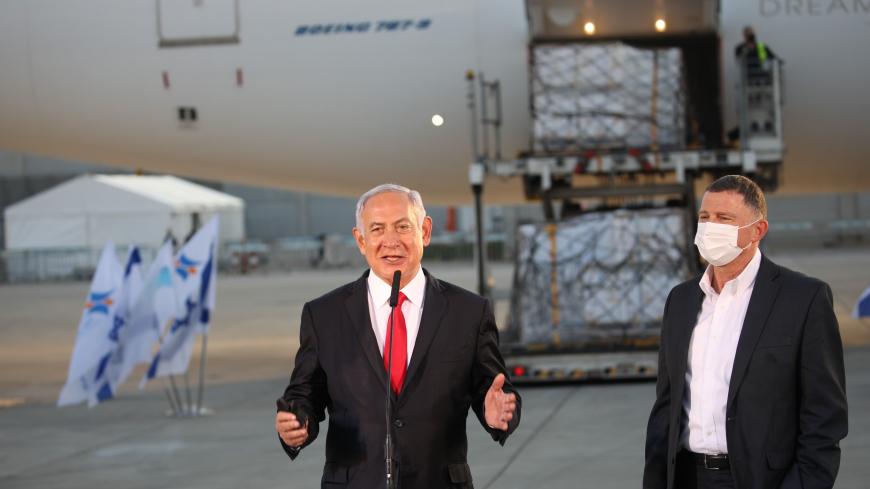 Israeli Prime Minister Benjamin Netanyahu has decided to postpone his historic trip to the United Arab Emirates and Bahrain because of the COVID-19 pandemic. Here, Netanyahu (L) and Health Minister Yuli Edelstein (R) attend a ceremony for the arrival of a plane carrying a shipment of Pfizer-BioNTech coronavirus vaccine at Ben Gurion airport near the Israeli city of Tel Aviv on Jan. 10, 2021. - MOTTI MILLROD/POOL/AFP via Getty Images

“Despite the importance of the trip to Abu Dhabi and Bahrain, Prime Minister Benjamin Netanyahu has decided to postpone the visit at this stage due to the closing of the skies,” read a Thursday press release from the prime minister’s office.

Netanyahu was scheduled to visit the two Gulf states next week. However, Israel is currently experiencing a major outbreak of COVID-19, despite its fast-paced vaccination campaign. In late January, Israel instituted a flight ban to help curb the spread of the coronavirus. The prime minister’s office cited the air travel situation as justification for postponing the UAE and Bahrain trips.

Israel established relations with the UAE and Bahrain last year as part of the US-brokered Abraham Accords. The UAE and Bahrain were only the third and fourth Arab states to normalize ties with Israel after Egypt and Jordan. Since then, both countries have signed numerous agreements with Israel to strengthen their economic relations.

Postponing the trip is a blow to Netanyahu, who is touting his diplomatic successes ahead of Israel's March 23 elections.

The trip would have been the first by an Israeli head of government to the UAE and Bahrain.