The Israeli government has launched a "Green Pass" program that allows vaccinated individuals to go to concerts, the gym, hotels and more. 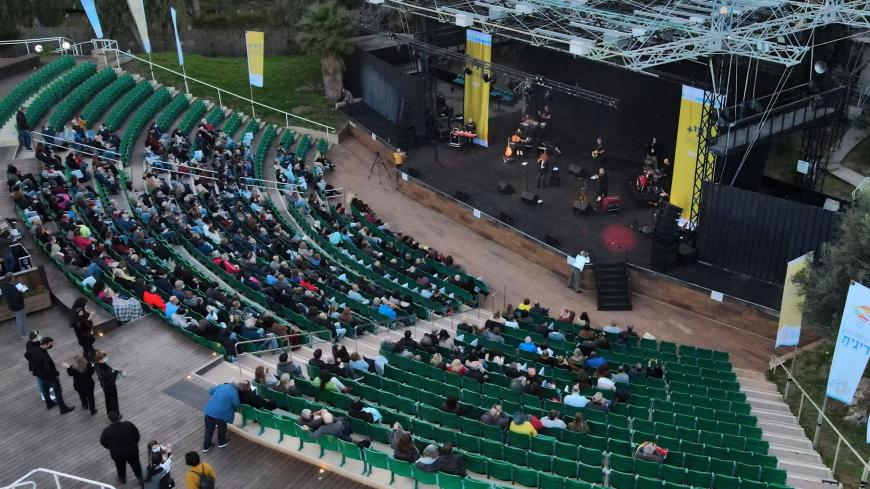 Israelis attend a Green Pass concert for seniors who have been vaccinated against the coronavirus in Tel Aviv, on Feb. 24, 2021. Nearly 3 million people, almost a third of Israel's population, have received the two recommended doses of the Pfizer/BioNTech coronavirus vaccine, the world's fastest inoculation pace per capita.

Israel’s largest city held a concert Wednesday solely for people who have been vaccinated against the coronavirus.

Seniors had to present a "Green Pass" to attend singer Nurit Galron’s open-air concert in Tel Aviv’s Yarkon Park, where social distancing guidelines still were in place. The government pass shows they had received both doses of the vaccine at least a week beforehand or had recovered from and developed immunity to the virus, Reuters reported.

The concert is part of a government plan launched over the weekend to reopen society for vaccinated individuals. Pools, gyms, theaters and hotels are only open to Green Pass holders at present, according to the outlet. More than 150,000 have received the digital pass, the Israeli outlet Haaretz reported Monday.

Israel is vaccinating its population against COVID-19 faster than any other state. A worldwide high 52.4% of Israelis had received at least one dose of the vaccine by Tuesday, according to Oxford University’s Our World in Data. The vaccine rollout in the Palestinian territories has been comparatively much slower.

The vaccine pass in Israel coincides with a similar initiative in Bahrain. The Gulf state’s BeAware Bahrain phone application allows users obtain a certificate upon uploading information on their receipt of the vaccine.