Israel in quiet talks with Syria on prisoner swap

Israel is reportedly negotiating with Syria on the release of a woman who mistakenly crossed the border in exchange for the release of two Golan residents imprisoned in Israel. 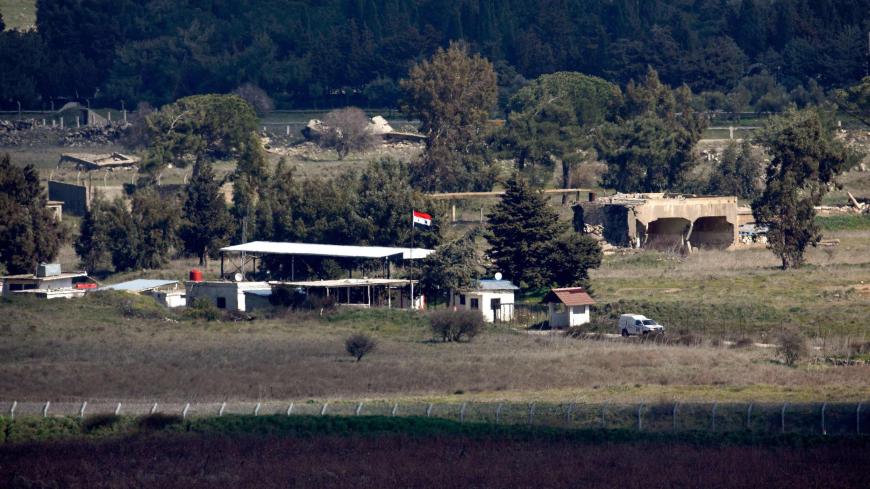 This picture taken from the Israel-annexed Golan Heights on Feb. 15, 2021, shows the border fence with the Syrian governorate of Quneitra. - JALAA MAREY/AFP via Getty Images

Israel confirmed today it was holding indirect negotiations over a possible prisoner swap with Syria. The Russian-mediated talks reportedly concern the release of a young Israeli woman currently in Syrian detention in exchange for the release of two prisoners from the Golan Heights held in Israeli jails.

The Syrian state news agency SANA reported that an unnamed Israeli woman had crossed the border and entered the Quneitra area of Syria by mistake and was arrested by the Syrian authorities. SANA also said that "sons of the occupied Syrian Golan" will be released from Israeli prisons in exchange for the Israeli. The agency named the two prisoners as Nahal al-Makat and Diab Kahamuz.

Makat, a resident of the Druze Golan Heights village of Majdal Shamsh, was given a three-year suspended sentence last June. She is the sister of Sidki al-Makat who was released in a prisoner exchange deal last year.

Kahamuz is a resident of the Druze village of Ghajar, also in the Golan Heights. He was charged in 2018 with helping the enemy, giving information to the enemy, contact with a foreign agent, importing arms and selling drugs. Kahamuz was also convicted of being part of a terrorist cell and sentenced to 14 years in prison. Several of his family members were alleged to be part of a network that reportedly smuggled drugs from Lebanon to Israel. According to one report, Kahamuz rejected an offer to be released to Syria, insisting he would only return to his home village in the Golan Heights.

News of the possible prisoner-exchange deal came after reports last night over an urgent government meeting to discuss a secret humanitarian issue involving Syria and Russian mediation. IDF censors have banned publication of any details about the affair.

Netanyahu told Army Radio this afternoon that he won’t comment on the issue. He did say, "We are working to save lives. I am using my personal relations with President Putin in order to solve the problem," and added, "We are operating discretely and responsibly to handle this issue."