The deal was held up on Wednesday when two Golan Heights residents refused to be sent to Syria. Israel released two shepherds on Thursday in a bid to finalize the transfer. 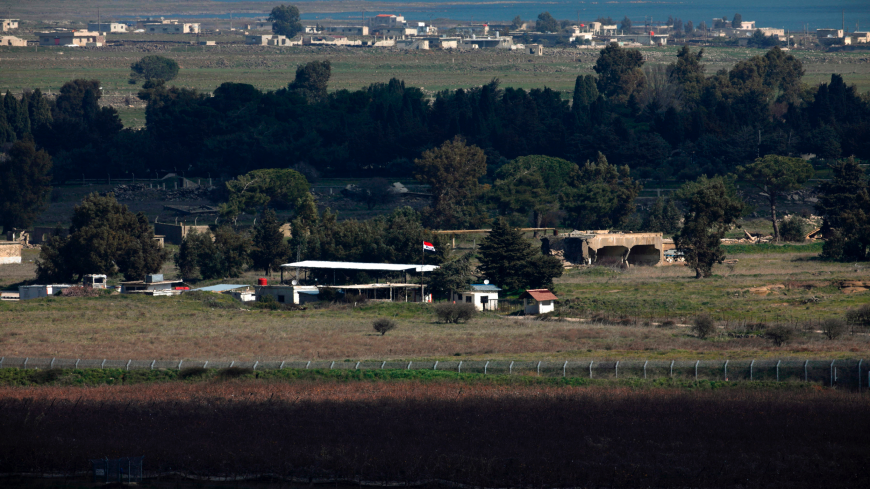 This picture taken from the Israel-annexed Golan Heights on Feb. 15, 2021, shows the border fence with the Syrian governorate of Quneitra.

A Russian-mediated prisoner exchange between Israel and Syria came closer to completion on Thursday after Israel released two Syrian shepherds for crossing into the country illegally. Preparations are also underway to return an Israeli woman detained by Damascus.

Israel and Syria are holding indirect negotiations through Russia on three prisoners. Nahal al-Makat and Diab Kahamuz are Druze residents from the Israeli-controlled Golan Heights. Makat received a three-year suspended sentence in June. Kahamuz was charged in 2018 with helping an enemy of the state, drug offenses and more, and received a 14-year prison sentence.

The Israeli woman — who has not been named publicly — crossed into the Syrian province of Quneitra accidentally and was subsequently detained, according to the Syrian state-run SANA news outlet. The Times of Israel reported that she crossed into Syria “recently” for unknown reasons. She is 25 years old and from the Modi’in Illit West Bank settlement, which is populated by ultra-Orthodox Jews. She has left the religious community, according to the outlet.

An Israeli government plane took off from Tel Aviv for Moscow Thursday night to bring home the Israeli woman. She was transferred from Syrian to Russian custody on Wednesday. She will be questioned by Israeli security agents upon her return, according to Israeli media outlets.

Israel and Syria were close to a deal for the prisoners’ release on Wednesday, but the two Golan prisoners refused to go to Syria as part of the agreement. Makat asked to be allowed to remain in the Golan Heights, and her request was granted, the Israeli news outlet Arutz Sheva reported on Thursday.

On Thursday, Israel released two Syrian shepherds who were arrested a few weeks ago for illegally crossing into Israel. The release was a bid to wrap up the negotiations and free the Israeli woman. The remaining transfers of Makat, Kahamuz and the Israeli woman could happen by Thursday night, the Israeli news outlet Ynet reported.

SANA confirmed on Thursday that two Syrian men, identified as Muhammad Ahmad Hussein and Tariq Ghasab al-Obeidan, were released from Israeli prisons. They then returned to their homes in Quneitra.

The exchange is related to the complicated status of the Golan Heights. Israel captured the Golan Heights from Syria in 1967 during the Six-Day War. Much of the international community regards the territory as Syrian territory occupied by Israel, though the United States notably recognizes it as part of Israel.

The majority of its inhabitants are from the Druze ethnoreligious community and identify as Syrian. They are residents of Israel, but most reject Israeli citizenship. There are also Israeli Jewish settlers living there.

If Makat and Kahamuz are sent to Syria, they most likely will not be able to return to their native Golan Heights. Israel and Syria do not have formal relations, and travel between the two states is prohibited.

Russia is a strong ally of Syria and backs the Syrian government militarily in its war against rebel forces. Though Syria and Israel remain technically at war, Russia under President Vladimir Putin also has good relations with Israel. There are around 1 million Russian speakers in Israel due to the emigration of Jews and people of Jewish origin from the former Soviet Union.