Prime Minister Benjamin Netanyahu had said this week that as a gesture of goodwill, Israel would donate vaccine doses to the Palestinian Authority and a number of other countries. 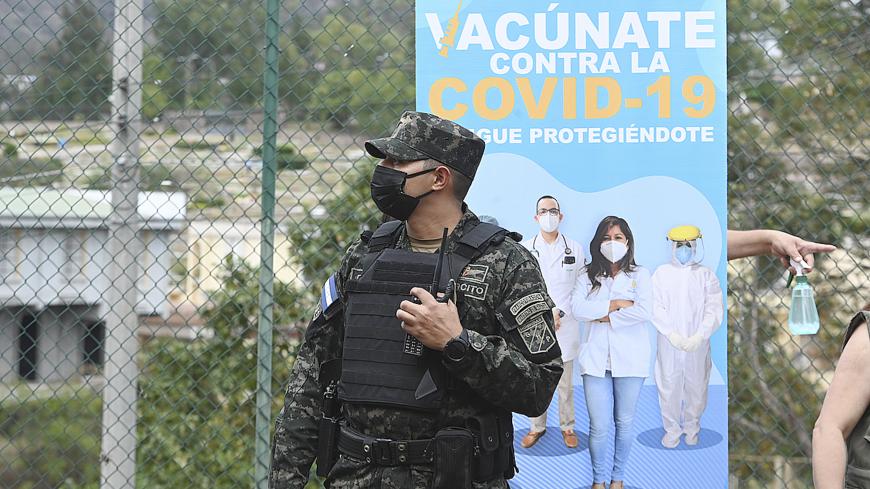 The office of Israeli Prime Minister Benjamin Netanyahu on Feb. 25 halted the process of sending Moderna coronavirus vaccines to foreign countries, according to media reports. It appears that the decision to send vaccines abroad will need to be examined by Attorney General Avichai Mandelblit before it can be further carried out.

Earlier in the day, Defense Minister Benny Gantz had called on Netanyahu to suspend the transfer of vaccines. Gantz demanded that the Security Cabinet be convened for deliberations before a decision is made. “This is not the first time that significant security and diplomatic decisions are made behind the back of the relevant officials, with possible harm to the security of the state, foreign relations and rule of law,” Gantz said.

On Feb. 23, Netanyahu had said he was planning to give some COVID-19 vaccination doses to the Palestinian Authority and to various countries. The number of doses to be donated and the number of countries to receive these donations were not specified officially.

A statement issued by Netanyahu’s office said that in light of the country’s successful vaccination campaign, Israel has received many requests from countries for assistance in supplying vaccines. “Israel is not producing vaccines itself and has informed respondents that the quantities that were ordered by Israel are for the vaccination of its population; no ability to render significant assistance is anticipated at least until the vaccines campaign in Israel has ended. Nevertheless, over the past month, a limited quantity of unused vaccines was accumulated; therefore, it has been decided to assist Palestinian Authority medical teams and several of the countries that contacted Israel with a symbolic quantity of vaccines,’’ read the statement.

The Israeli press then revealed that some 15 countries were expected to receive vaccines from Israel, including Honduras, Guatemala, Czech Republic and Chad. The Palestinian Authority was also on the list.

Honduras on Thursday received 5,000 doses of the vaccine from Israel, Honduran officials told the media in the country's capital, Tegucigalpa.

Honduras recognized Jerusalem last year as capital of the state of Israel and has pledged to relocate its embassy there. Guatemala moved its embassy to Jerusalem shortly after the Americans did so. Netanyahu considers the Czech Republic as one of his main allies within the European Union. As for Chad, President Idriss Deby arrived in Israel in November 2018 for a visit that received a lot of media coverage. Two months later, Netanyahu visited Chad's capital, N’Djamena. He met with Deby and declared the resumption of diplomatic relations.

Clearly, the criteria for donating vaccine doses was first and foremost diplomatic. Israel decided to reward its allies — countries that support it in the diplomatic arena. This became even more evident as the press reported the list of countries slated to receive the vaccine donation kept growing, to perhaps 19 or 20 countries.

The newer, longer list is also composed of countries considered close to Israel. The Hungarian leadership, for instance, is even seen as a personal ally of Netanyahu. Ethiopia and Kenya have long traditions of relations with Israel, with large Israeli embassies in both capitals. Cyprus is part of the Israel-Greece-Cyprus alignment on energy cooperation and on regional security strategies, with frequent mutual visits of senior officials and ministers. Morocco normalized ties with Israel in December. It recently reopened a liaison office in Tel Aviv and expects to open an embassy in Israel in the future.

But the most intriguing name on the list is certainly Mauritania, which does not have diplomatic ties with Israel. After the Oslo accords, Mauritania became the third member of the Arab League to establish diplomatic relations with Israel, in 1999. Later on, against the backdrop of the 2008-2009 Gaza war, Mauritania severed ties with Israel. After Israel signed the Abraham Accords with the United Arab Emirates and Bahrain in 2020, there was speculation that Mauritanian would follow the same path and normalize ties with Israel. This, however, did not happen. Unnamed US officials told Israeli media in January that President Donald Trump's administration was close to concluding deals with Mauritania and Indonesia to be the next Muslim countries to normalize relations with Israel, but that officials were unable to finalize the negotiations before Trump's term ended Jan. 20.

Still, as abovementioned, not everyone in Israel is pleased with the diplomatic move to share Israel's vaccines. Gantz has clearly expressed his reservations about the way the decision was made and the motives involved. Israeli coronavirus czar Dr. Nachman Ash said he wasn’t consulted about the plan to donate the Moderna vaccines, saying, “I understand there were various considerations but I can’t address them. It’s important to vaccinate all Israeli citizens and this is the top priority.”

Then there is criticism that the prime minister chose to donate most of Israel’s vaccine surplus to other countries, instead of transferring all of it to the Palestinians. Such voices were also heard outside Israel, with liberal US Sen. Bernie Sanders tweeting, “As the occupying power, Israel is responsible for the health of all the people under its control. It is outrageous that Netanyahu would use spare vaccines to reward his foreign allies while so many Palestinians in the occupied territories are still waiting.”

The vaccines to be donated are 100,000 doses Israel bought some time ago from Moderna. So far, Israel has been vaccinating its citizens only with the Pfizer vaccine. Health authorities in Israel have been reluctant to use the Moderna doses, fearing that the different storage conditions for the Moderna vaccine and the different ways of administrating it could confuse medical personnel.