Greek Prime Minister Kyriakos Mitsotakis and Israeli Prime Minister Benjamin Netanyahu agreed Feb. 9 to adopt a mutual tourism pact, which will enable those already vaccinated against the coronavirus to travel between the two countries freely. 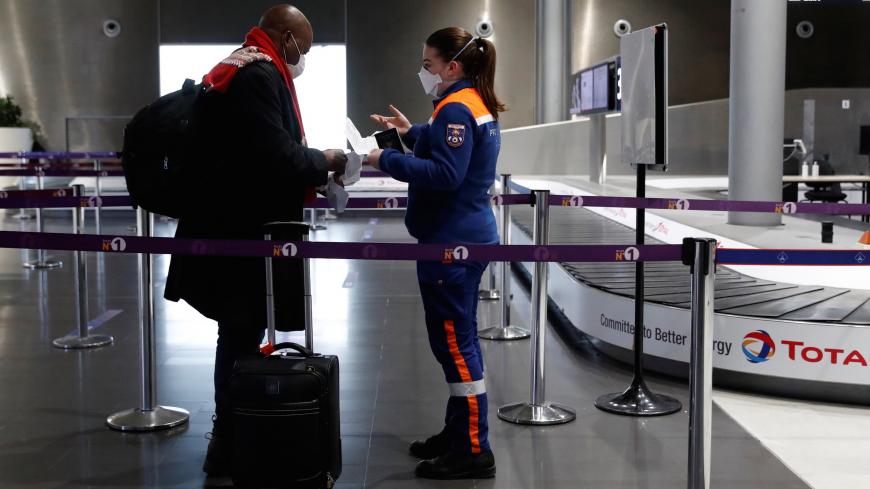 Israel and Greece agreed yesterday to mutually recognize each other’s “green passports,” enabling people vaccinated against the coronavirus to travel freely between the two countries.

Speaking at a joint press conference with Greek Prime Minister Kyriakos Mitsotakis, Israeli Prime Minister Benjamin Netanyahu defined the policy adopted by the two as “without any limitations, no self-isolation, nothing.” Netanyahu further said that the green passport policy will "allow us to open the economy, trade, cultural institutions and the rest of the education system, but carefully. Once we remove flight restrictions, we will be able to fly to Greece without any limitations."

"I welcome the vaccination campaign of the Israeli population that will allow us to offer Israeli tourists the opportunity to spend their holiday in Greece without any restrictions. I am in favor of a green passport across the European Union, which is being promoted now in Israel, which is making great progress in vaccinating most of their population," Mitsotakis said.

The tourism agreement itself was signed yesterday at the Israeli Foreign Ministry in Jerusalem, by Israel's Foreign Minister Gabi Ashkenazi and his Greek counterpart, Nikos Dendias. ‘’I am happy to host here, in Jerusalem, my good friend, Greek Foreign Minister Nikos Denidas, and the Minister of Tourism Harry Theoharis. Together we agreed on the principles for mutual recognition of coronavirus vaccination certification. … This is a very important agreement and achievement for both countries that will develop as the pandemic progresses and will work alongside the guidelines for the return of tourism to both countries," tweeted Ashkenazi.

Apart from the green passport, Netanyahu and Mitsotakis also agreed to cooperate on research over treatment of the coronavirus. During their meeting, Netanyahu told Mitsotakis that earlier in the day he had met with professor Nadir Arber, who developed the new EXO-CD24 treatment. Reportedly, Mitsotakis then asked whether Greece could take part in the clinical trials. Thus, the two leaders agreed to Greek’s largest hospital to be part of the clinical trials for the new Israeli treatment.

During the joint press conference, Netanyahu took out of his pocket a vial that contained the new treatment, labeling it a miracle drug. “If you’re infected by corona and are seriously ill and have a lung problem, take this, inhale it and you come out feeling good,” Netanyahu said.

The Greek prime minister said he was very happy to have discussed the issue of this new drug that caught the attention of the international press. "Assuming that we can overcome the regulatory hurdles, Greece would be happy to participate in clinical trials."

Ichilov Hospital in Tel Aviv reported Feb. 5 that 29 of 30 coronavirus patients who received the EXO-CD24 treatment recovered in three to five days.