Due to the coronavirus pandemic, Iran’s state-organized marches marking the anniversary of its 1979 revolution had to be reduced to vehicle parades. Yet Iranian officials found their own ways to address tensions with the West. 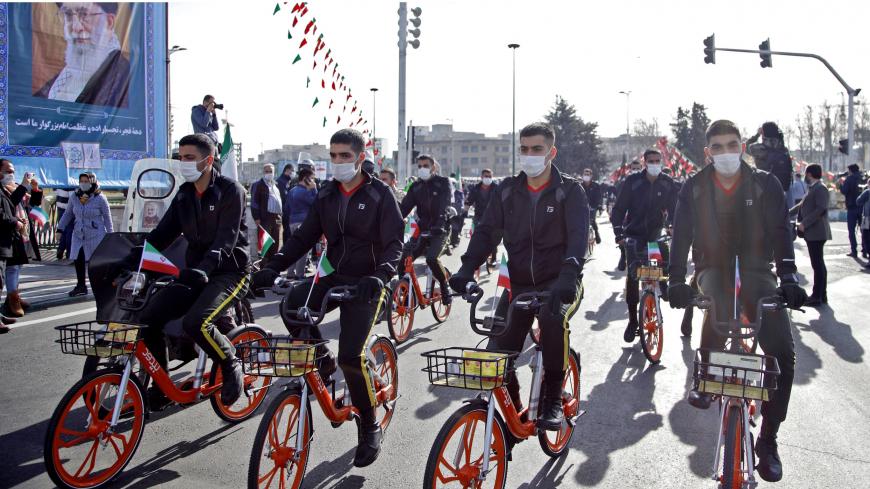 Iranians take part in a ceremony marking the 42nd anniversary of the 1979 Islamic Revolution at Azadi (Freedom) Square in Tehran, on Feb. 10, 2021.

​COVID-19 concerns forced Iranian authorities to cancel the typically flamboyant annual rallies on the Feb. 10 anniversary of the Islamic Revolution that overthrew the Pahlavi Dynasty in 1979.

Instead, this year’s event was characterized by street parades involving private vehicles, motorcycles and bicycles. “Yet another epic and different presence of the nation,” the state-funded IRNA News Agency wrote.

Traditionally, crowds at such anniversary rallies have been addressed by sitting presidents at Tehran’s iconic Azadi Square. Particularly wary of the virus, President Hassan Rouhani has been avoiding almost every public event since the start of the pandemic last year. He therefore decided to make his speech to the vehicle parades a televised one in which he praised his nation’s “victory against pressure.”

Earlier, Rouhani addressed a ceremony where ambassadors and heads of foreign missions in Tehran had gathered to “congratulate the Iranian president on the revolution anniversary.”

“Iran has honored all its obligations,” Rouhani said of the Islamic Republic’s level of compliance with the multilateral nuclear deal, formally known as the Joint Comprehensive Plan of Action (JCPOA).

President Donald Trump withdrew the United States from the accord in 2018. In response to that decision, and to the other signatories’ perceived reluctance to live up to their economic promises, Tehran started breaching the deal in 2019, a phased process that continues to date. The fate of the accord is currently hanging in the balance with Tehran and Washington in ping-pong exchanges, each calling on the other side to take the first step toward reviving the JCPOA.

“No one should have any expectation from the Iranian side,” Rouhani told the Tehran-based ambassadors, but noted that “any hour” that the other parties honor their commitments, Iran will respect its own obligations “the next hour.”

Rouhani was reaffirming Supreme Leader Ayatollah Ali Khamenei’s statement Sunday, when he announced that the Islamic Republic will fully comply with the accord only after it verifies that Washington has entirely removed all sanctions against Tehran. US President Joe Biden, on the other hand, has noted that a US reentry into the deal will not take place before Iran is back to full compliance.

On the eve of the anniversary of the revolution, Iranian officials spoke in triumph about how the Islamic Republic has survived 42 years of pressure from the West. “Those who waged an economic war on the Iranian nation … ended up going down in history,” said Foreign Minister Mohammad Javad Zarif in an indirect reference to Trump at the same ambassadorial ceremony.

Such economic pressure has only mounted since the former US administration’s reinstatement of onerous sanctions against Tehran in 2018. But those sanctions, coupled with prevalent domestic corruption, have reduced the purchasing power of ordinary Iranians to levels unseen in the 42-year lifetime of the Islamic Republic.

“Despite lacking foreign support, the Iranian nation overcame the regime [of executed Iraqi dictator Saddam Hussein], which was armed to the teeth,” Zarif declared as part of his diplomatic message. He spoke of “a lesson for the new US government and other countries that such people cannot be treated with anything less than dignity and respect.” 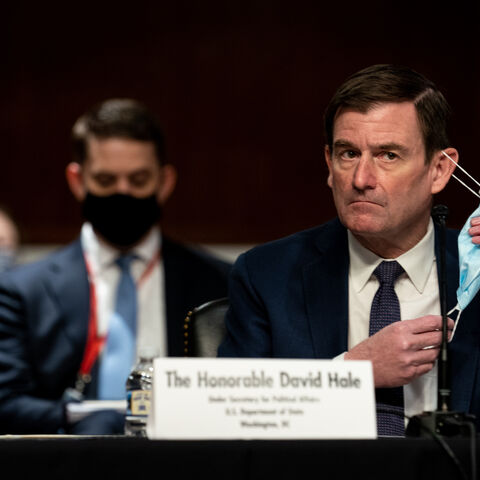 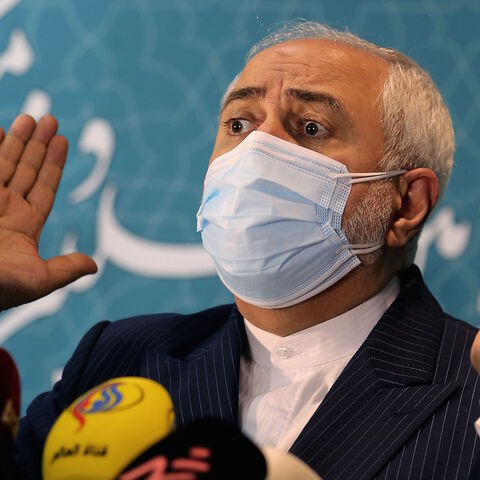