The border between Egypt and the Palestinian territory was previously being opened only for a few days at a time but is now open indefinitely. 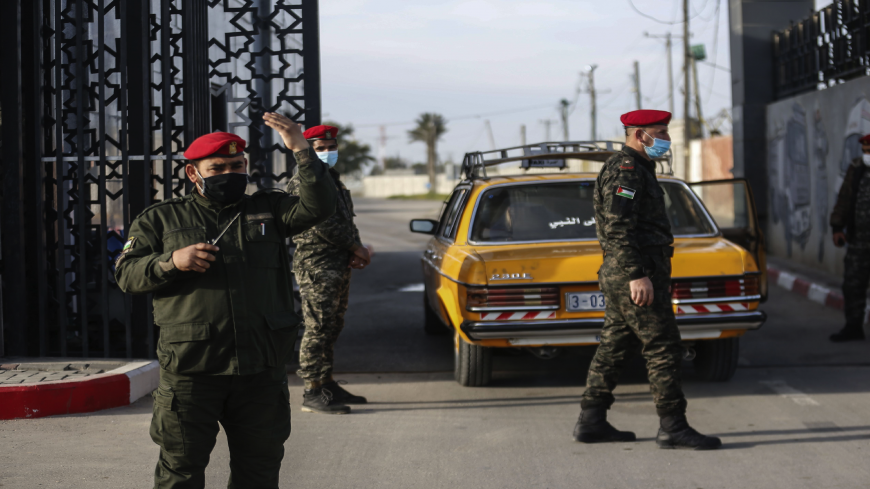 Members of the Palestinian security forces loyal to Hamas, mask-clad due to the coronavirus pandemic, stand guard at the Rafah border crossing with Egypt, in the southern Gaza Strip, on Feb. 9, 2021, as vehicles pass through leaving the Gaza Strip after Egypt's announcement to let through incoming traffic until further notice. - SAID KHATIB/AFP via Getty Images)

Egypt has opened its border with the Gaza Strip.

Travel resumed at the Rafah border crossing between Egypt and the Palestinian territory on Tuesday. People can now enter Gaza via Egypt and vice versa, according to WAFA News Agency.

The border will remain open until further notice, and some buses have already departed for Egypt, the Palestinian Authority-run news outlet reported.

Rafah is Gaza’s only border crossing that is not controlled by Israel. Recently, Egypt had only been opening the border for a few days at a time before closing it again, according to Reuters.

Gaza is run internally by the Palestinian military and political organization Hamas. The internationally recognized Palestinian Authority has no presence there, though its relations with Hamas have improved recently.

Israel maintains several restrictions over who and what is allowed into the territory. Hamas and other Gaza-based armed groups periodically clash with Israel. Egypt is in a unique position in the region of having relations with Hamas and longstanding diplomatic ties with Israel.

Gaza is highly impoverished amid the ongoing conflict with Israel. Many Palestinians travel in and out of the territory when they have the chance. Rafah was open for four days last week, during which 4,200 people left Gaza and 2,700 returned home, according to WAFA.