Representatives from the Syrian government, opposition and civil society are meeting this week to discuss the “basic principles” of a future Syrian charter. 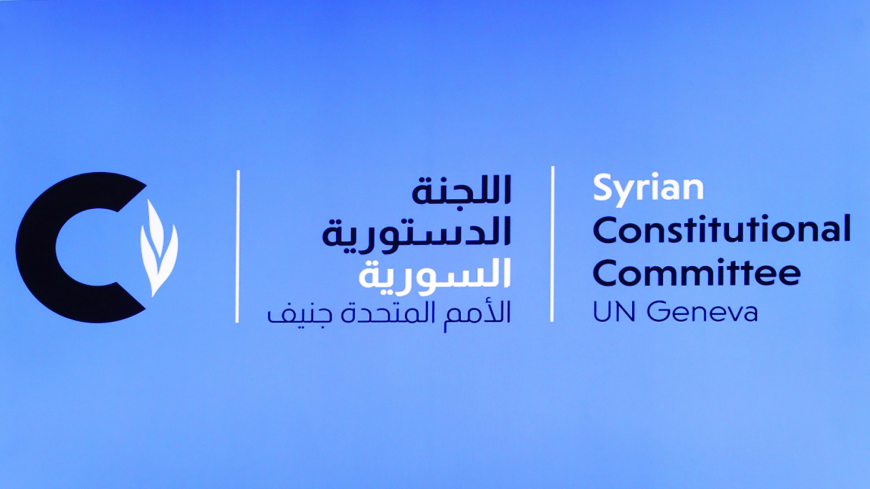 A sign that reads "Syrian Constitutional Committee" is pictured at the opening of a meeting of the Syria Constitution-writing committee on October 30, 2019, at the United Nations Offices in Geneva. - DENIS BALIBOUSE/POOL/AFP via Getty Images

Dozens of delegates from Syria convened in the Swiss city of Geneva on Monday for the latest round of United Nations-mediated talks aimed at drafting a new constitution for their war-torn country.

Forty-five representatives from the Syrian government, opposition and civil society make up the so-called “small body” of the 150-member Syrian Constitutional Committee. From Jan. 25-29, negotiators will hold their fifth round of talks, which are aimed at discussing the “basic principles” of a future Syrian charter.

“My hope has been that the constitutional committee … if it is handled in a correct manner, that it could start to build trust and that it could be a door-opener for a broader political process," UN Special Envoy for Syria Geir Pedersen told the UN Security Council last week.

Tasked with finding a political resolution to end the civil war that has killed hundreds of thousands and displaced millions more, the Constitutional Committee has yielded few meaningful results. Pederson added that while he sees potential for common ground, negotiators need to act with urgency.

“We need to ensure that the Committee begins to move from preparing a constitutional reform into actually drafting one,” he said. “The political process, so far, is not yet delivering real changes in Syrians’ lives, nor a real vision for the future.”

Syrian President Bashar al-Assad has the upper hand in the country’s long-running conflict, having regained control of most of the country with Russian and Iranian support. A pocket in the northeast is still held by Kurdish forces, and the northwestern province of Idlib remains under control.

Frontlines have remained stable for the past 10 months, with a fragile cease-fire brokered by Russia and Turkey in March having largely held in the northwest.

After nearly a decade of war, Syria is in the midst of a deepening economic crisis compounded by the impact of the coronavirus. The Syrian currency has plummeted, food and fuel prices have skyrocketed, and bread shortages continue across the country.