Lawyers for the prime minister say the latest coronavirus lockdown in Israel has left them unable to prepare for next week's hearing. 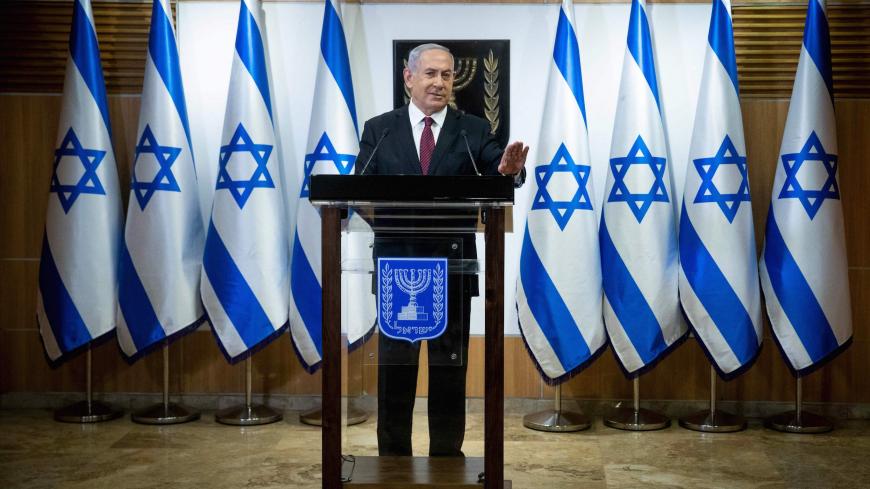 Israeli Prime Minister Benjamin Netanyahu delivers a speech at the Knesset in Jerusalem on Dec. 22, 2020. - YONATHAN SINDEL/AFP via Getty Images

Citing a surge in coronavirus infections, Prime Minister Benjamin Netanyahu’s defense team has asked the court to delay an upcoming hearing in his corruption trial by one month.

On Jan. 13, Netanyahu is scheduled appear in court for the latest hearing in his trial for bribery, fraud and breach of trust. The state prosecution says Netanyahu — Israel’s first sitting prime minister to be tried in court — accepted lavish gifts from wealthy businessmen and offered regulatory bribes in exchange for favorable media coverage.

Earlier this week, prosecutors filed an amended indictment detailing the number of times Netanyahu, his family members or their representatives are alleged to have made editorial requests to Israeli news site Walla and its owner.

Lawyers for the prime minister say they won’t have enough time to review the revised indictment before next week’s hearing, in part due to the latest coronavirus restrictions. After a partial lockdown imposed on Dec. 27 failed to curb a massive outbreak, Israel announced yesterday that it would mandate a two-week nationwide closure beginning Thursday.

According to The Jerusalem Post, some of Netanyahu’s lawyers were quarantined due to coronavirus exposure, which they say has made it difficult for them to prepare for the hearing.

“For the record, it should be noted that the legal significance of the amended indictment is being reviewed in relation to the immunity law for lawmakers, their rights and obligations, and Netanyahu reserves his rights on the matter,” Netanyahu's lawyers said.

The 71-year-old embattled prime minister is required to attend next week’s hearing at the Jerusalem District Court, during which dates will be set for witness testimony in February. Several former close associates reportedly plan to testify against him.

Netanahu’s defense team has repeatedly sought to delay the trial or dismiss the charges, which he has described as politically motivated. The Jerusalem District Court postponed his trial from March to May after the courts were placed under a virus-related state of emergency.

Netanyahu’s political rival, acting Justice Minister Benny Gantz, tweeted that he would make sure the courts stayed open during the lockdown.

“Netanyahu, don’t worry. The courts will remain open, it’s on me,” Gantz snarked.