The agreement calls for "diplomatic, peaceful and friendly relations" between the two governments. 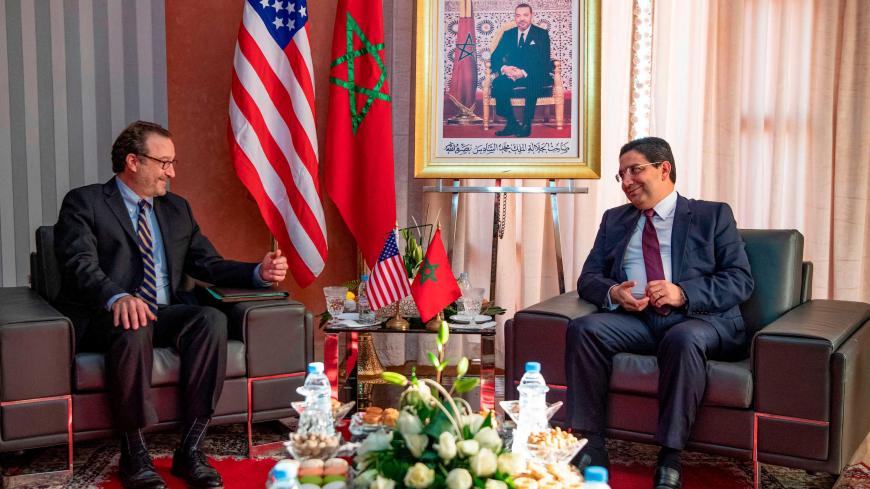 David Schenker, US Assistant Secretary of State for Near Eastern Affairs, (L) meets with Moroccan Foreign Minister Nasser Bourita during a meeting in Dakhla in Morocco-administered Western Sahara, on Jan. 10, 2021. Schenker is visiting contested Western Sahara after Washington recognized Morocco's sovereignty there in exchange for Rabat normalizing ties with Israel. - FADEL SENNA/AFP via Getty Images)

Israel’s Cabinet on Sunday gave the green light for normalization with Morocco in what Prime Minister Benjamin Netanyahu called “a historic moment.”

“Together we are advancing direct flights between the countries,” Netanyahu said. “It will happen soon — economic, trade, technological cooperation and the opening of missions in both countries.”

The agreement, which calls for Israel to “resume full official contacts between Israeli and Moroccan counterparts and establish full diplomatic, peaceful and friendly relations,” passed unanimously in the Cabinet. It still requires a vote in the parliament and then final approval by the Israeli government.

Morocco is the latest Arab country to establish ties with Israel this year, after Bahrain, the United Arab Emirates (UAE) and Sudan. As part of the Trump administration-brokered deal in December, the United States recognized Morocco’s contested claim over the Western Sahara region.

Both Israel and Morocco are framing the agreement as a resumption of ties. Rabat severed relations after the second Palestinian intifada in 2000, and the two countries shuttered their respective diplomatic missions.

The Israeli Foreign Ministry announced it will open a liaison office in Rabat in the coming days, and the Israeli Ministry of Economy and Industry said Morocco and Israel will soon sign a deal outlining trade and economic cooperation.

In another first on Sunday, the UAE’s Cabinet approved the opening of an embassy in Tel Aviv, which came the same day Israeli envoy Eitan Na’eh opened an embassy in Abu Dhabi. The UAE and Bahrain formally agreed to normalize relations with Israel in a White House signing ceremony in September.

“The embassy will work to advance Israel’s interests and will be at the disposal of its citizens,” the Israeli Foreign Ministry said in a statement.