Israel and Greece will soon sign a $1.68 billion agreement for the purchase of Israeli jets and the opening of a military flight school operated by an Israeli company. 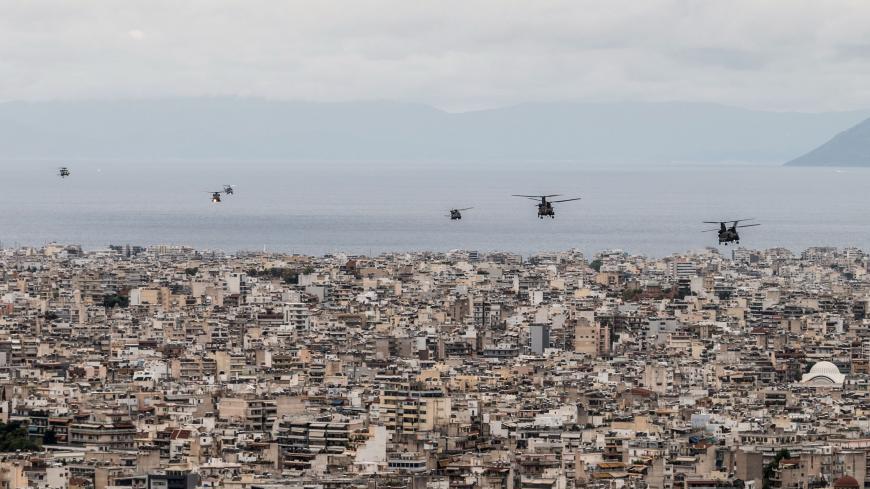 Israel’s Defense Ministry announced this morning that it is set to sign a $1.68 billion security agreement with Greece effective for 20 years. According to the statement, the Greek government had just approved the deal. No date has been given for the signing, which will include representatives of both defense ministries and of the Israel-based international defense electronics company Elbit Systems.

The deal reportedly includes the procurement by Greece of 10 M-346 aircrafts, maintenance for T-6 aircrafts and the provision of simulators, training and logistical support, all part of a flight school for the Hellenist Air Force to be operated by Elbit Systems. The school will be modeled after the Israel Air Force flight academy.

Elbit Systems tweeted, “As part of an agreement [between the Israeli Defense Ministry and the Greek Defense Ministry], we were selected for the $1.68 billion Flight Training Program of the Hellenist Air Force."

Brig. Gen. (res.) Yair Kulas, head of the Directorate for International Defense Cooperation in the Defense Ministry, congratulated both countries on the deal, stating, “The Greek government’s approval of this agreement is a historic step in further deepening the excellent defense relations between our two countries. This is not just a defense export agreement, but rather a partnership for at least 20 years. I would like to thank the Greek Ministry of National Defense for its trust and for assigning this important task to the Israel Ministry of Defense and our excellent defense industry.”

Defense Minister Benny Gantz said in a statement, “This agreement reflects the excellent and developing relations we have with Greece. It is a long-term partnership that will serve the interests of both Israel and Greece, create hundreds of jobs in both countries and promote stability in the Mediterranean.” He also noted that he had spoken with his Greek counterpart, Nikolaos Panagiotopoulos, by phone after the deal was approved, hailing the strengthening defense ties between the two countries.

Later in the day Gantz tweeted, “The largest-ever defense procurement agreement between Israel and Greece is now happening. I am happy to update you all that following my previous understanding with my Greek counterpart, a bilateral security cooperation agreement between our two countries will soon be launched, including $1.68 billion for the establishment and operation of a training facility for the Greek Air Force, for the coming 20 years."

Gantz last met Panagiotopoulos on Nov. 12 when both ministers traveled to Nicosia for trilateral strategic discussions on security matters with their Cypriot counterpart. Gantz, Foreign Minister Gabi Ashkenazi and Prime Minister Benjamin Netanyahu have all invested considerable diplomatic efforts in the past two years into deepening bilateral ties with Greece and the strategic alliance with Greece and Cyprus.