It is unclear who was behind the twin attacks in a crowded part of Baghdad. Such incidents are less common in the Iraqi capital than they were in years prior. 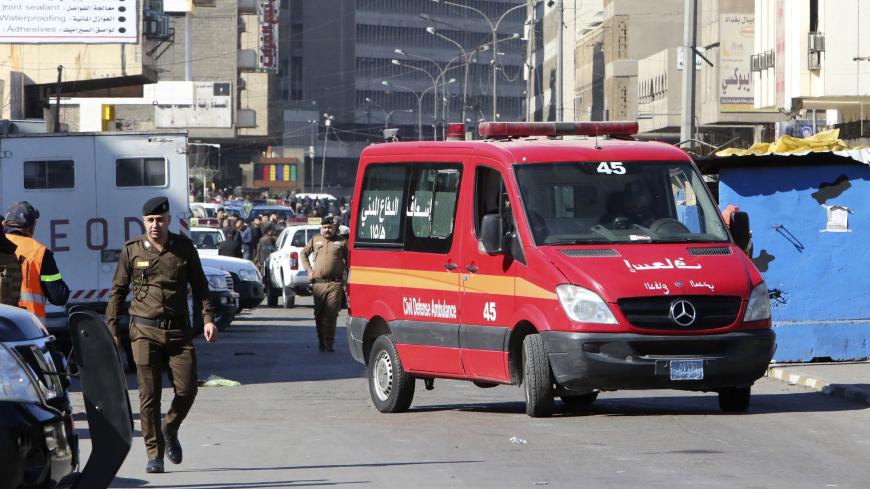 A picture shows the scene of a twin suicide bombing on a bustling commercial street in the heart of Baghdad on Jan. 21, 2021. - SABAH ARAR/AFP via Getty Images

Two suicide bombers blew themselves up while being chased by security forces in the Bab al-Sharqi commercial area of central Baghdad, Iraqi military spokesman Yehia Rasool said in a statement. As of late Thursday afternoon local time, 32 people had died and 110 were injured, the Ministry of Health reported.

Such bombings were common in Baghdad in the years following the US invasion of Iraq in 2003. The security situation in the city has improved more recently. Baghdad was spared the war with the Islamic State (IS) that began in 2014. There are regular rocket attacks in the vicinity of the US Embassy, but these do not often lead to deaths.

IS later claimed credit for the attack. The terror group carried out a deadly attack in 2016 in Baghdad that killed around 300 people.