The Egyptian government has laid the foundation stone of a massive project to build the Cairo Eye, the fifth-largest in the world, as part of efforts to boost tourism. 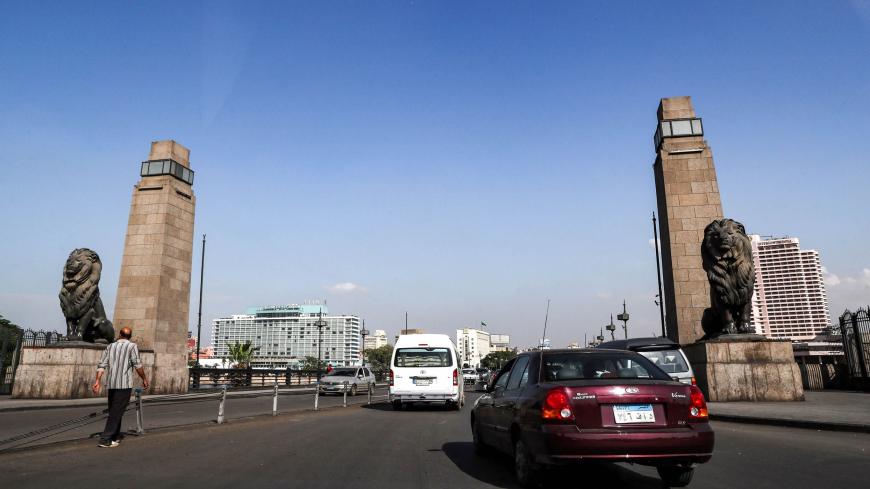 Cairo Gov. Khaled Abdel Aal laid the foundation stone for the Cairo Eye, a huge cantilevered observation wheel on the Nile River in the upscale district of Zamalek. The project is part of the Egyptian government’s plans to turn Egypt into one of the top-rated tourist destinations in the world.

“The Cairo Eye will be a new amusement and tourist attraction and a landmark of modern Cairo,” Abdel Aal said at the opening ceremony of the project Jan. 21.

The governor said the project includes the construction of a recreational area around the Ferris wheel to provide a unique entertainment experience, with the aim of attracting 2.5 million visitors to Cairo annually.

“The Cairo Eye is part of Egypt’s Vision 2030 with a view to breathing new life into Cairo and achieving economic development,” Abdel Aal noted. “The recreational project aims to turn Cairo into a major tourist hub and place Egypt on the world’s tourism map.”

The 120-meter (394-feet) wheel will be built on 20,000 square meters (5 acres) of land at investments worth 500 million Egyptian pounds ($31.7 million). It features 48 cabins with a capacity of six to eight individuals per cabin and will offer visitors a panoramic view of Cairo, with a distance of 50 kilometers (31 miles) and all the surrounding landmarks under clear weather conditions.

The project will feature a wide range of services and facilities such as retail units for international brands, service units, fine dining outlets, food courts, a boat deck and a multipurpose events hall.

Ancillary services will also be introduced to ensure smooth flow of traffic to avoid congestion, including a Nile River taxi, free hop-on/hop-off Cairo Eye buses and a two-level car park for 500 vehicles.

When completed by 2022, the Cairo Eye will be the largest observation wheel in Africa and the fifth-largest in the world after London, Dubai, Las Vegas and Singapore.

The amusement project is planned to be integrated with the Ahl Misr Walkway, which the government unveiled in September 2019 as part of plans to upgrade the Egyptian capital.

The Ahl Misr Walkway project aims to develop the 4.7-kilometer (3-mile) Nile corniche with a view to regaining the cultural image of the area overlooking the Nile River and giving Cairo residents and tourists the opportunity to enjoy the Nile view and the greenery surrounding the river.

When completed, the walkway will include five restaurants, five cafes, 56 shops, three parking lots that can take up to 180 cars each and a 275-square-meter (3,000-square-feet) theater that can accommodate 772 people, among other services set to be developed for the launch of the project.

“The Ahl Misr Walkway will be a game changer that will make the Nile River more attractive to Egyptians and foreigners alike,” Prime Minister Mustafa Madbouly said on Dec. 3, 2020, while inspecting the project. “The walkway aims to improve the quality of life for the Egyptians and increase the individual’s share of greenery and open spaces.”

Khaled al-Shafai, an economist and head of the Capital Center for Economic Studies, said the entertainment project will resuscitate the tourism industry, which was hammered by the coronavirus pandemic.

“The Cairo Eye will give a boost to the tourism industry at a time when Egypt is preparing to inaugurate the Grand Egyptian Museum later this year,” Shafai told Al-Monitor.

The museum, near the Giza Pyramids, will showcase nearly 60,000 artifacts, including 2,000 artifacts that will be displayed for the first time, a project that the government seeks to use to boost tourist flows into the country.

Minister of Tourism and Antiquities Khaled al-Anani said Jan. 21 that 3.4 million tourists visited Egypt in 2020, down from 13 million in 2019. The Egyptian authorities had expected to receive 15 million tourists in 2020.

During a meeting with Madbouly, Anani said that 1.4 million tourists visited Egypt’s Red Sea resorts in the period from July to December after a three-month closure due to the coronavirus outbreak. The minister said tourism revenues dropped by nearly 70% to $4 billion in 2020 due to the pandemic. Tourism is a key source of foreign currency for Egypt, accounting for up to 15% of the country’s national output.

Shafai said the government has adopted several initiatives to help the tourism sector to endure the repercussions of the coronavirus, including providing funding to the affected tourist companies and delaying taxes.

On Jan. 21, the Egyptian government decided to reduce fuel prices for the aviation sector until the end of the year as part of measures to boost travel and tourist flows to the country.

“The launch of the Cairo Eye in Zamalek is a good step since this upscale area is full of top-notch hotels, which will all help boost the tourist flows in Cairo and help revive the vital tourism industry,” Shafai noted.

But Elhami el-Zayat, a former chairman of the Egyptian Federation of Tourism Chambers, disagreed, saying the chronic traffic congestion in Zamalek will make it difficult to draw tourist flows to the area.

Billionaire businessman Naguib Sawiris is also critical of the site of the amusement project. “This is a good project in the wrong place. It will paralyze traffic at the entrance of Zamalek. It should be moved to the [New] Administrative Capital,” Sawiris tweeted Jan. 22.

In recent years, Egypt has built a 7,000-kilometer-long (4,350-mile-long) road network across the country, as part of government efforts to create an investment-friendly environment and ease chronic traffic congestion. The authorities have also expanded its metro and railway networks and are planning to build two monorail lines to connect Cairo with the New Administrative Capital.

Egypt signed Jan. 14 a memorandum of understanding with Germany’s Siemens AG to build a high-speed electric railway network connecting Ain Sokhna on the Red Sea coast to New Alamein that lies on the Mediterranean Sea.