The World Bank has proposed several reform measures as Lebanon continues to struggle with currency depreciation, the COVID-19 pandemic and more. 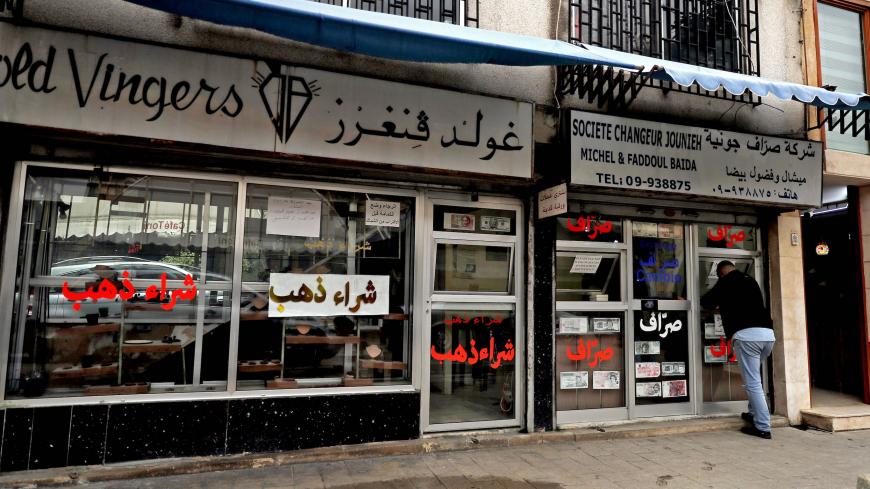 A picture shows a man standing at the booth of a money-exchange company in the city of Jounieh north of Beirut on Dec. 1, 2020. - JOSEPH EID/AFP via Getty Images

The World Bank released a bleak report on Tuesday on Lebanon’s economy in light of the financial crisis, COVID-19 and the aftermath of the August Beirut explosion.

“Lebanon is in a deliberate depression with unprecedented consequences for its human capital, stability, and prosperity,” read a press release from the international monetary institution.

Lebanon’s financial crisis began in October 2019 amid a poor job market and protests over widespread corruption. The coronavirus pandemic and continued lockdowns have exacerbated the situation, as did the Aug. 4 explosion in Beirut’s port. Anti-government protests continued throughout the year. Banks have instituted limits on withdrawals as the amount of available US dollars has dwindled and the value of the Lebanese pound has plummeted.

The World Bank report offered several pessimistic assessments of Lebanon’s economy. Lebanon’s GDP is expected to decrease by 19.2% in 2020, compared to its 6.7% decrease in 2019. Tourism has been hit particularly hard by the virus;  tourist arrivals fell by 71.5% in the first five months of 2020. Inflation rose 120% from January to August and private sector activity has shrank considerably.

By 2021, more than half of Lebanon will be in poverty, according to the World Bank.

However, Lebanon’s way out of the economic crisis is unclear. The country is still without a governmental cabinet following the last cabinet’s en masse resignation after the explosion. France has repeatedly called for reform. Talks between Lebanon and the International Monetary Fund have yet to produce an agreement.