Ankara’s growing isolation and a combination of broader geopolitical factors, including Iran and the Caucasus, are driving a fresh bid to normalize Turkish-Israeli ties. 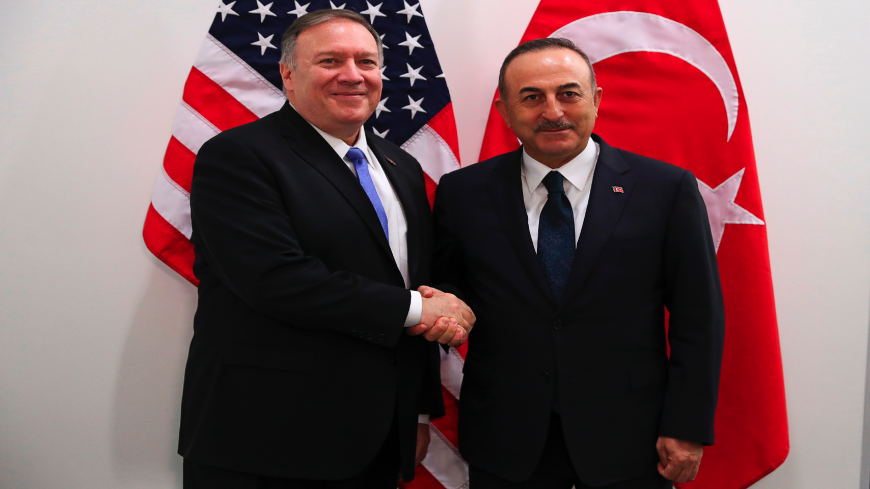 US Secretary of State Mike Pompeo (L) shakes hands with Turkey's Foreign Minister Mevlut Cavusoglu before their meeting on the sidelines of a NATO Foreign Affairs ministers' summit at the NATO headquarters in Brussels on Nov. 20, 2019 - FRANCISCO SECO/AFP via Getty Images

A series of secret contacts between Turkey and Israel has raised anticipation that the two countries are gearing up to mend fences, and while the process is not likely to be smooth and easy, it holds the promise of geostrategic gains for both countries.

The behind-the-scenes dialogue was apparently initiated by Ankara about two months ago with intelligence chief Hakan Fidan at the vanguard of the effort, as Al-Monitor reported in late November. Following Fidan’s initial contacts with Israel in October, Ankara sent other officials to Israel for exploratory talks on a roadmap for normalization, sources in Ankara told Al-Monitor.

The Turkish government seems to finally recognize that its belligerent foreign policy is not sustainable, neither in terms of military and economic might nor of institutional capacity. Government supporters may laud that policy as a sign of Turkey’s growing influence and self-reliance, but it has clearly thrown Turkey into a risky loneliness.

News broke Dec. 9 that Ankara had silently selected a new ambassador to Israel. Ankara’s choice for the critical post — Ufuk Ulutas, a pro-government think-tanker with no diplomatic experience — triggered widespread criticism at home as yet another confirmation of how political loyalty to President Recep Tayyip Erdogan has come to outweigh professionalism and merits in the state apparatus. Moreover, it remains unclear whether Ulutas will actually go to Tel Aviv before Israel appoints an ambassador to Ankara. Israel, some observers believe, may be reluctant to rush things amid its newfound rapprochement with Gulf nations, including the United Arab Emirates, which is at loggerheads with Turkey.

Still, Ankara appears focused on positive outcomes. A retired Turkish diplomat who requested anonymity told Al-Monitor, “Many in Ankara nowadays emphasize that the return of Turkish and Israeli ambassadors, the possibility of signing a maritime delimitation accord and constructing an Israeli [gas] pipeline to Europe via Turkey, joint efforts for stability in Syria, and growing Turkish-Israeli footholds in the Caucasus and the Black Sea and Caspian basins will all be win-win outcomes for both countries.”

In other words, realpolitik is pushing Ankara and Tel Aviv to move closer, even if grudgingly.

According to the retired diplomat, “What Turkey needs to do is to normalize ties with Israel on the basis of national interests, while backing the general position that Arab countries outline toward Israel.” Such a policy, he argued, will allow Turkey to draw Israel away from Greece and the Greek Cypriots and perhaps even win back the favors of the Jewish lobby in the United States over time.

The incoming Joe Biden administration in Washington stands out as a major factor compelling Turkey to reconsider its regional posture, for it is unlikely to be as lenient on Ankara as outgoing President Donald Trump has been. “By tidying up its regional ties, Ankara will lessen Biden’s trump cards against Turkey,” the retired diplomat said. “For instance, Turkey’s new policy for a two-state solution in Cyprus will be unacceptable to the United States, but Ankara could limit the moves the United States might consider against Turkey by drawing Israel and Egypt away from Greece,” he added.

Israeli observers concur that the Biden factor is the main driver behind Ankara’s U-turn on Israel as part of efforts to recalibrate its foreign policy. In addition, there is wide room for bilateral cooperation in various fields, including energy, trade and security. For Israel, they note, a true normalization will require Turkey to sever its close bonds with Hamas and end rhetoric delegitimizing Israel, beyond the mutual reinstating of ambassadors.

Yet another important factor, perhaps less noticed, is pushing Turkey and Israel closer: their converging interests in the Caucasus. Military assistance from both Turkey and Israel was instrumental in Azerbaijan’s rout of Armenia in the recent war over the disputed Nagorno-Karabakh enclave. Nearly 60% of the hi-tech systems and weaponry Azerbaijan used in the clashes have been supplied by Israel as part of Baku’s efforts to modernize its army, including Heron surveillance drones, Harop kamikaze drones, cluster munitions, rockets, Barak-8 air defense systems, LORA high-precision long-range ballistic missiles, and command and control systems. Israeli military supplies continued via Turkey amidst the war, leading Armenia to recall its ambassador from Israel.

Azerbaijan’s proximity to Iran as well as its oil and gas riches make it an attractive partner for Israel, unlike Armenia, which lacks natural resources and economic might. Israel does not even have an embassy in Armenia, centering its Caucasus policy on Azerbaijan, as does Turkey, whose close bonds with Baku are bolstered by ethnic kinship.

Israel was one of the first countries to recognize Azerbaijan’s independence after the collapse of the Soviet Union. About 100,000 Azeri Jews have immigrated to Israel since then, and some of them now hold high-level government positions.

Moscow and Tehran will be closely watching how the Turkish-Israeli overtures advance, especially if they grow into a military and defense cooperation. The prospect of a growing trilateral partnership involving Azerbaijan would alarm particularly Iran, which is already under US, Israeli and Sunni Arab pressure over its military and economic influence in Syria, Iraq and Lebanon.

In the Black Sea region, Ukraine might be interested in a trilateral partnership with Turkey and Israel, as it enjoys good ties with both countries and is eager to strengthen its leverage against Russia.

Turkish-Israeli normalization could lead also to energy cooperation and even a bilateral deal on delimiting maritime zones in the Eastern Mediterranean, where Turkey is largely isolated at present in simmering rows over exploration rights. Such an eventuality would upend the geopolitical balance in the region, especially for Greece and the Greek Cypriots.

Intelligence sharing would be another gain for Turkey, especially in its fight against Kurdish militants based across the border in Iraqi Kurdistan, a region where Israel has a strong intelligence and economic presence. Turkey is already cooperating with Iraqi Kurdish peshmerga forces affiliated with the Kurdistan Democratic Party, the dominant political force in the region, and Israeli intelligence support would further strengthen its hand against the militants.

In sum, many actors stand to be irked by the Turkish-Israeli rapprochement in such a complex and fragile environment. The path to normalization remains thorny also because of Erdogan’s overly personalized approach to foreign policy and Ankara’s erratic changes of heart, while in Israel mistrust of Ankara is running deep and Prime Minister Benjamin Netanyahu makes no secret of his aversion to Erdogan.

Still, realpolitik equilibriums are pushing Turkey and Israel to mend fences, and even a meaningful bilateral dialogue on regional issues alone could alter the geopolitics in the region. 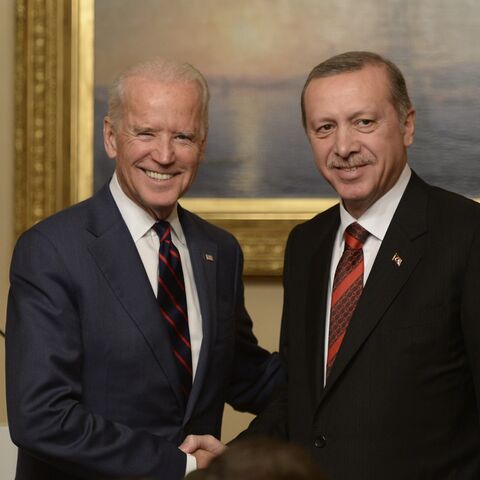