Israel-Tunisia normalization ‘not on the agenda,’ Tunisian PM says

Tunisian Prime Minister Hichem Mechichi said that he respects Morocco's choice to recognize the Jewish state but that Tunisia is not considering doing the same. 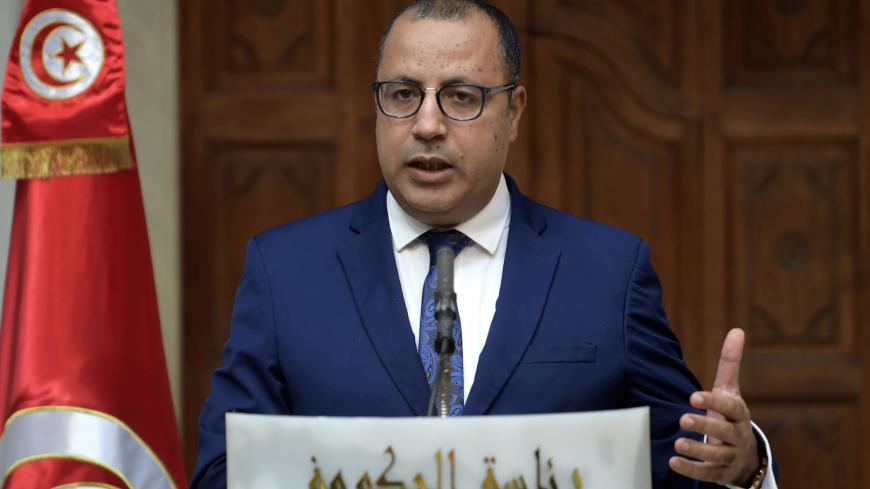 Morocco last week became the fourth Arab country to recognize Israel in recent months, a diplomatic breakthrough for the Trump administration on the heels of US-brokered deals with the United Arab Emirates, Bahrain and Sudan.

“For Tunisia, the question is not on the agenda,” Mechichi said in an interview with France 24 Monday.

“We respect Morocco’s choice, Morocco is a sister country that we love very much,” Mechichi said. “Every country has its own reality, its own truth and its own diplomacy, which it considers best for its people.”

Before Tunisia gained independence from France in 1956, the country was home to roughly 100,000 Jews and Africa’s oldest synagogue. Fewer than 2,000 Jews remain today, with most living on the Tunisian island of Djerba. Hundreds of pilgrims from Israel travel to Djerba each year to celebrate the Jewish holiday of Lag B'Omer at the ancient Ghriba Synagogue.

In the past, the two countries have had limited ties. Tunis opened an interests section in Israel from 1996, but in solidarity with Palestinians, severed ties with Israel amid the second intifada in 2000.

On the possibility of restoring relations, Mechichi said Monday that the Trump administration had not reached out to him.

“Every country has its own reality, its own truth and its own diplomacy, which it considers best for its people,” Mechichi said.

On Saturday, Prime Minister Benjamin Netanyahu said Israel is “in touch with additional countries that want to join and establish relations with us.” A diplomatic source told The Jerusalem Post that Oman and Indonesia could be next to strike normalization deals with the Jewish state.

Saudi Arabia has also been floated as a possible contender, with White House senior adviser Jared Kushner describing normalization as “inevitable.” The Wall Street Journal reported last month that Saudi Arabia may hold off normalizing ties with Israel until Biden takes office in order to build relations with the new administration.

The Trump administration has conducted a flurry of Middle East diplomacy in its waning days, including ramping up its pressure campaign on Israel's rival, Iran, and seeking an end to the Gulf rift involving Qatar. Next week, Kushner will lead a US delegation to Israel and Morocco and is expected to travel on the first direct commercial flight from Tel Aviv to Rabat.