The Special Tribunal for Lebanon at the Hague had already convicted Salim Jamil Ayyash for involvement in the 2005 car-bomb assassination of the former Lebanese prime minister. 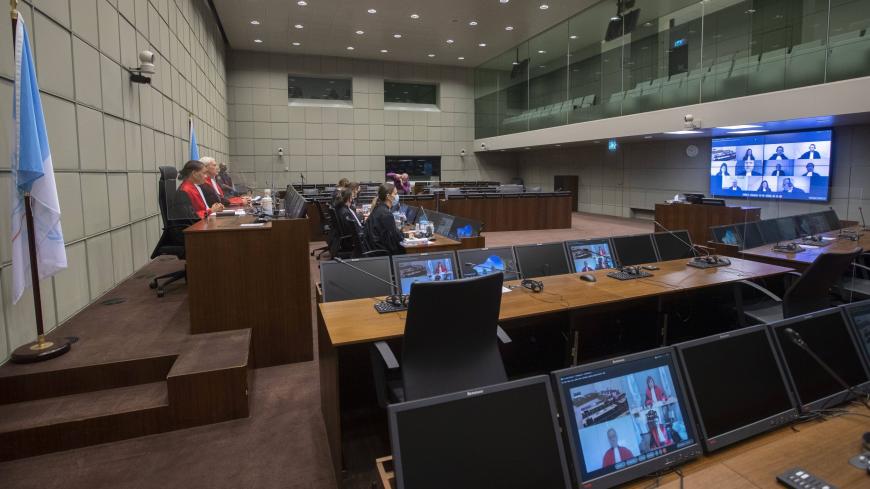 Judges Janet Nosworthy (L) and David Re (2L) are seen before the start of the session of the Special Tribunal for Lebanon in Leidschendam, Netherlands, on Dec. 11, 2020, where a life sentence was given to Salim Jamil Ayyash, a member of the Hezbollah militant group who was convicted of involvement in the assassination of former Lebanese Prime Minister Rafik Hariri and 21 others 15 years ago. Ayyash, 57, was tried in absentia and his whereabouts are unknown. - PETER DEJONG/ANP/AFP via Getty Images

A Hezbollah operative convicted in the killing of Lebanese Prime Minister Rafik Hariri has been sentenced to life imprisonment.

Salim Jamil Ayyash was sentenced Friday to five life sentences by the Special Tribunal for Lebanon at the Hague.

Ayyash was tried in absentia and remains “at large,” a spokesman for the UN secretary-general said Friday.

The concurrent sentences are for each of his convictions, which include homicide and terrorism. Ayyash was found guilty by the tribunal in August.

Hariri was killed by a car bomb in 2005 in Beirut; 21 other people also died in the fatal explosion. The incident sent shock waves throughout the Middle East. Hariri was an ally of Saudi Arabia and a critic of Syria’s past occupation of Lebanon.

The court said in August that it did not find evidence that Hezbollah and Syria's leadership were involved in the assassination.

The Special Tribunal for Lebanon was established following a request from the Lebanese government and is independent.