OPEC and Russia agree to boost production in 2021 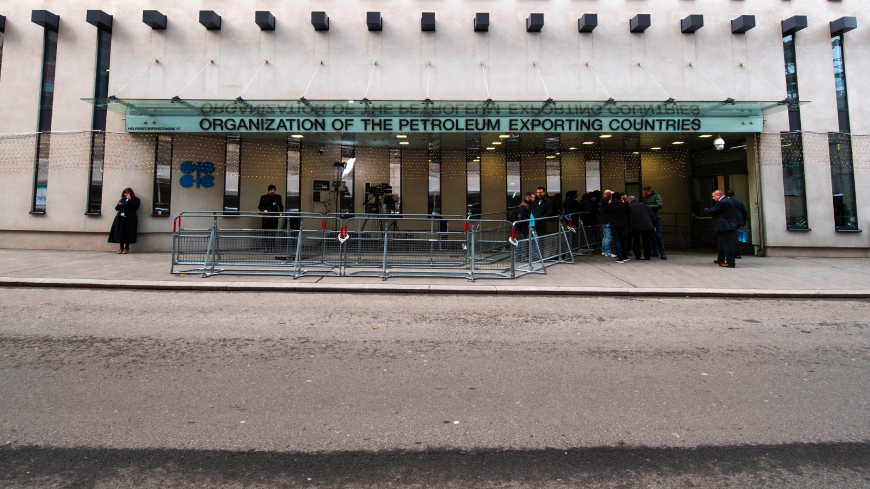 Journalists stand in front of the entrance to the headquarters of the Organization of the Petroleum Exporting Countries (OPEC) where a meeting of OPEC members and non-OPEC members in Vienna, Austria, takes place on Dec. 7, 2018. - JOE KLAMAR/AFP via Getty Images)

Middle Eastern oil producers agreed to boost production on Thursday as global prices continue to increase toward their pre-pandemic levels.

The Organization of the Petroleum Exporting Countries (OPEC) and Russia agreed to boost their output by 500,000 barrels per day starting in January 2021, the financial news site CNBC reported.

Saudi Arabia is the largest oil producer in OPEC. Iran, Iraq and several other Middle Eastern and African states are also members, as is Venezuela. When OPEC and Russia work together, they refer to themselves as OPEC+.

Global oil prices have fallen dramatically this year amid the COVID-19 pandemic, and this has negatively affected Middle Eastern economies. The price of Brent crude, which is a global benchmark for oil prices, started 2020 at more than $65 a barrel but plummeted to less than $25 a barrel in March. Oil prices also went down following a price war between Saudi Arabia and Russia in March that led to a glutton of supply. Prices have consistently gone up since late October and are now at $48 a barrel, according to the financial news site Markets Insider.

The production boost by OPEC+ followed the recent price recovery.

The group of oil producers has met regularly throughout 2020 in an attempt to keep prices up. In September, OPEC+ pressured Iraq and the United Arab Emirates to further cut production to this end. OPEC+ decided to meet every month to discuss production levels from January onward, Reuters reported.