The filing follows reports that the Israel-based NSO Group's Pegasus software was used to hack the phones of dozens of Al Jazeera journalists. 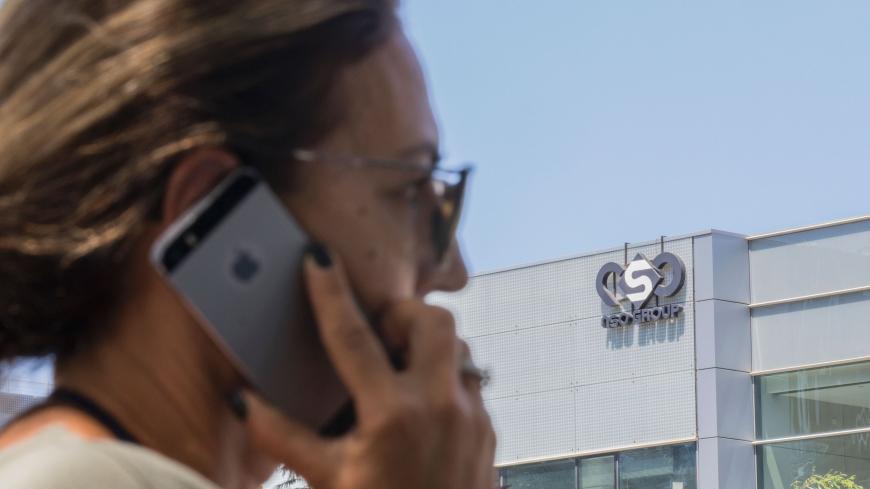 An Israeli woman uses her iPhone in front of the building housing the Israeli NSO group, on Aug. 28, 2016, in Herzliya, near Tel Aviv. - JACK GUEZ/AFP via Getty Images

Tech giants, including Microsoft and Google, have joined Facebook in support of its legal action against NSO Group, accusing the Israeli-based spyware developer of selling “dangerous” surveillance tools to foreign governments.

The messaging service WhatsApp and its parent company, Facebook, sued NSO Group in federal court last year, alleging the firm’s Pegasus software was used to hack the mobile phones of more than 1,400 WhatsApp users, including those of journalists, diplomats and human rights workers. Lawyers for WhatsApp argue the breach violated the US Computer Fraud and Abuse Act and other laws.

According to the WhatsApp complaint, users would receive what appeared to be a video call that injected malicious code into their devices — even if they didn’t pick up the call. The remotely installed spyware then gave the hackers access to the phones’ messages and other communications, the complaint said.

NSO Group says its technology is designed for targeting terrorists and criminals, and that it takes action when alerted to misuse. The company has argued that it is entitled to sovereign immunity in the WhatsApp lawsuit because its products are sold to foreign governments.

On Monday, Microsoft, Cisco, GitHub, Google, LinkedIn, VMWare and the Internet Association filed an amicus brief in the WhatsApp case, writing that immunizing NSO Group would “further encourage the burgeoning cyber-surveillance industry to develop, sell, and use tools to exploit vulnerabilities" in violation of US law.

“The resulting proliferation of cyber-surveillance companies would put powerful cyber-tools in the hands of more people than even before,” the brief read.

Describing NSO Group as a “cyber mercenary,” a Microsoft blog post Monday accused the Israel-based company of “attempting to cloak itself in the legal immunity afforded its government customers.”

“Private companies should remain subject to liability when they use their cyber-surveillance tools to break the law, or knowingly permit their use for such purposes, regardless of who their customers are or what they’re trying to achieve,” the Redmond, Washington-based company said.

The filing came the same day Al Jazeera revealed that a surveillance campaign traced to Saudi Arabia and the United Arab Emirates spied on dozens of the network’s staffers using the Pegasus software. Citizen Lab, a watchdog organization at the University of Toronto, said journalists’ phones were compromised in a so-called “zero-click” attack, likely using the iPhone's iMessage function.

NSO Group, which must obtain the Israeli government’s approval before selling its surveillance technology to foreign governments, reportedly counts Mexico, the United Arab Emirates, Saudi Arabia, Bahrain and Oman among its customers.

Saudi dissident Omar Abdulaziz is suing NSO Group, alleging its software was used by Saudi Arabia to spy on his conversations with Washington Post columnist Jamal Khashoggi before his 2018 murder at the Saudi Consulate in Istanbul.