Thirty-six Al Jazeera staff members were targeted in an attack that some have blamed on Saudi Arabia and the United Arab Emirates. 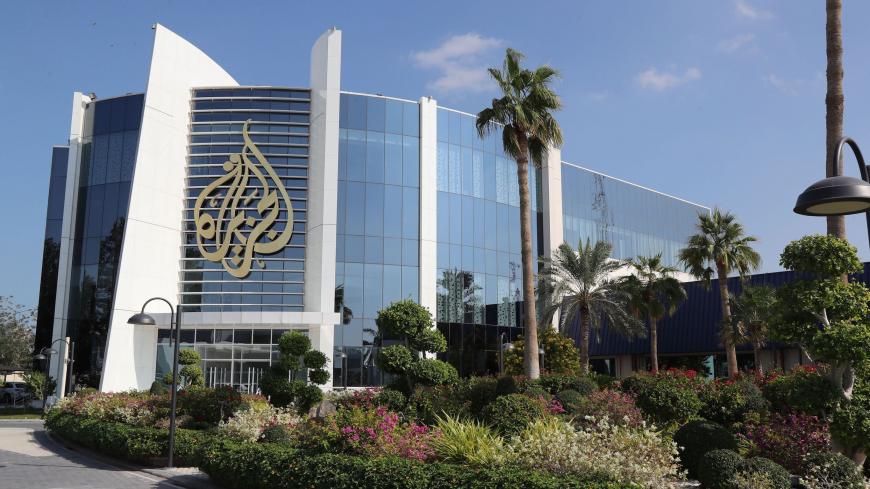 A picture taken on Dec. 5, 2019, shows a general view of the headquarters of Al Jazeera Media Network, in the Qatari capital, Doha. - KARIM JAAFAR/AFP via Getty Images

Dozens of journalists working for Al Jazeera were hacked with spyware sold by an Israeli technology firm, in what a watchdog group says is possibly the work of hackers in Saudi Arabia and the United Arab Emirates.

Citizen Lab, a watchdog organization at the University of Toronto, says the phones of 36 Al Jazeera journalists, anchors, producers and executives, as well as a London-based journalist for Al Araby TV, were targeted. Researchers traced the hacks to mobile phone spyware known as Pegasus, which is developed and sold by Israeli-based NSO Group.

The hackers reportedly deployed a so-called “zero-click” attack, likely using the iPhone's iMessage function, the Citizen Lab report says. These interaction-less exploits don’t require victims to click on a suspicious link in order for NSO’s clients to break into their phones.

“The shift toward zero-click attacks by an industry and customers already steeped in secrecy increases the likelihood of abuse going undetected,” said the report, referencing a 2019 WhatsApp attack that targeted at least 1,400 phones through a missed voice call.

The Al Jazeera investigation was launched after one of the network’s investigative journalists, Tamer Almisshal, began receiving death threats on his phone. In January 2020, he gave his phone to Citizen Lab, which began monitoring the phone’s metadata.

Citizen Lab concluded “with medium confidence” that the operators were linked to Saudi Arabia and the UAE, whose governments are both reported customers of NSO Group.

Saudi Arabia and the United Arab Emirates accuse Qatar of supporting terrorism and backing their regional rival, Iran. The two Gulf allies, along with Bahrain and Egypt, maintain an economic and diplomatic blockade on the energy-rich peninsula. As a condition for lifting the restrictions, the so-called Anti-Terror Quartet has demanded the tiny, oil-rich peninsula shut down the Qatari-funded Al Jazeera.

NSO Group, which must obtain the Israeli government’s approval before selling its sweeping surveillance tool to foreign governments, says its technology is built to “prevent and investigate terrorism and crime.” In the past, the cyber firm has pledged to prevent governments from using its products to carry out human rights abuses.

When reached by The Guardian newspaper for comment, a spokesperson for NSO Group said they were unaware of the most recent allegations involving Al Jazeera.

“We do not have access to any information with respect to the identities of individuals our system is used to conduct surveillance on,” the spokesperson said. “However, where we receive credible evidence of misuse, combined with the basic identifiers of the alleged targets and timeframes, we take all necessary steps in accordance with our product misuse investigation procedure to review the allegations.”

Citizen Lab said it has shared its findings with Apple, which confirmed that it is looking into the issue. In a statement to TechCrunch, the company urged customers to download the latest version of iPhone’s software to protect their data against such attacks.

This isn’t the first time Pegasus has been linked to the targeting of journalists by foreign governments. Saudi Arabia reportedly used software to spy on Washington Post columnist Jamal Khashoggi before his murder at the Saudi consulate in Istanbul in 2018. New York Times journalist Ben Hubbard, who covers the kingdom and extensively reported on Khashoggi’s death, was reportedly targeted by the same spyware, Citizen Lab said earlier this year.

In June, Amnesty International accused Morocco’s government of using Pegasus to hack the phone of Omar Radi, a Moroccan journalist who has drawn the ire of Rabat for his critical reporting. In 2018, the London-based rights group said Saudi Arabia had deployed Pegasus to digitally spy on one of Amnesty’s staff members.