Ahmady, who is ethnically Kurdish, had researched child marriage and female genital mutilation in Iran. 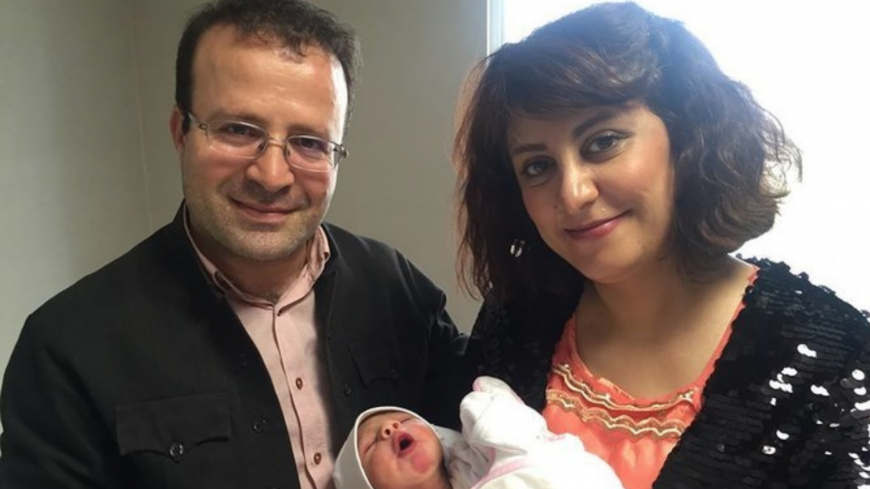 Kameel Ahmady in an undated photo with his wife. - TWITTER

A British-Iranian social anthropologist who conducted research on child marriage, female genital mutilation and other sensitive subjects has been sentenced to prison in Iran, his lawyer and state media reported.

On Sunday, Branch 15 of the Revolutionary Court in Tehran sentenced Kameel Ahmady to nine years in prison and ordered him to pay a $727,000 fine, the semi-official Tasnim news agency reported. Ahmady’s lawyer, Amir Raesian, tweeted that his client was handed an eight-year sentence for “collaborating with a hostile government.”

"We will present an appeal request against this ruling and we are still hopeful," Raesian said.

According to a translation of the Tasnim report from the Associated Press, Ahmady was charged over “cooperation with European embassies in support of promoting homosexuality, visiting Israel as a reporter for the BBC, cooperation and communication with foreign and hostile media, infiltration aimed at changing the law, and sending false reports about the country to the UN’s special rapporteur on human rights in Iran."

Iranian security forces raided Ahmady’s Tehran home in August 2019, arresting him and seizing his birth certificate and other documents, his wife said at the time. Ahmady was released on bail in November 2019 after reportedly being held for prolonged periods in solitary confinement.

Ahmady, who is ethnically Kurdish, has authored books and articles on ethnic minorities, child marriage, LGBT issues and other controversial subjects in the Middle East. He’s also written extensively on the prevalence of female genital mutilation in Iran.

In a separate development on Saturday, Iran hanged dissident journalist Ruhollah Zam, who was sentenced to death in June after a court found him guilty of “corruption on earth.” Zam, who ran an opposition news site while living in exile in Paris, was reportedly captured by Iran’s Revolutionary Guards in Iraq in 2019 and taken to Iran.

The European Union condemned his execution in a statement, adding that it is “imperative for the Iranian authorities to uphold the due process rights of accused individuals and to cease the practice of using televised confessions to establish and promote their guilt.”

United Nations human rights chief Michelle Bachelet said she was “appalled” by Zam’s execution and called on Iran to “immediately halt their alarming and increasing use of the death penalty and vague national security charges to suppress independent voices and dissent.”

Iran is holding a number of dual citizens and foreigners on spying and other political charges, including Iranian-Americans Morad Tahbaz, Siamak and Baquer Namazi, and British-Iranian charity worker Nazanin Zaghari-Ratcliffe. Kylie Moore-Gilbert, a British-Australian academic convicted of espionage, was released in a reported prisoner swap last month.

On Monday, the Trump administration sanctioned two Iranian intelligence officials over their alleged role in the abduction, detention and probable death of Robert Levinson, a retired FBI agent who disappeared while on an unauthorized CIA mission in Iran in 2007.