After many years where Arab citizens were barred from courses for flight attendants, the Arkia airline decided to change its policy. 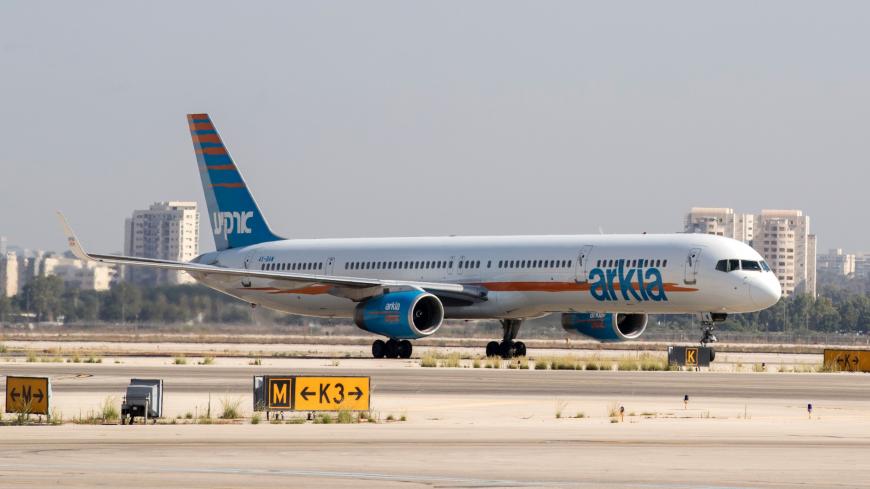 A Boeing 757-3E7 from Arkia takes off from Israel's Ben Gurion International Airport on the outskirts of Tel Aviv, on July 4, 2017. - JACK GUEZ/AFP via Getty Images

Last year Merakh Karah, 23, from the Druze village of Dalyat al-Karmel, achieved a childhood dream and became the first Druze Arab flight attendant for the Israeli El Al airline, a position that had always been blocked to the Arab public in Israel. This was a burning issue for many years, and was the subject of a 1999 Knesset debate under the heading “The employment of an Arab flight attendant at the El Al airline.” It came up again in 2005 when it was revealed that Nasrin Abu Rabia had been removed from the El Al flight attendant course because she is Muslim.

Despite this grim picture, it seems that the normalization agreements Israel recently signed with two Gulf states, the United Arab Emirates and Bahrain, will open a new era for the Arab Israeli community, as I discussed in a previous article, in building bridges and connections with the Arab world. This time the news comes from the Israeli airline Arkia, which decided to train Arab flight attendants for flights to Dubai, following the formation of the air train from Israel to Dubai, which includes several daily flights from Ben Gurion International Airport to the Persian Gulf.

There’s no doubt that in recent weeks, with all the restrictions of the coronavirus era, the Gulf states have become attractive to Israelis, Jews and Arabs alike, whether for tourism or business. More and more Arab citizens are boarding the flights in order to enjoy a wealth of tourist attractions offered in these countries. Arkia has recognized the commercial potential in Arab passengers, and is now advancing a process to integrate young people from the Arab community to work for the company. We will soon see Arab flight attendants, thanks to the new diplomatic relations with the United Arab Emirates, Bahrain and Morocco. Perhaps what is behind this unprecedented move is that, as any intelligent person knows, the Arab public in Israel prefers to stay away and not fly with Israeli companies because of the humiliating treatment they have experienced every time they seek to board a flight, as I explained in a previous article.

The CEO of Arkia International, Oz Berlowitz, told Al-Monitor, “We began the operation of flights to Dubai two weeks ago, and we fly three, four flights a day. This year we decided to put an emphasis on the Arab public, among other things, following the normalization agreements that were recently signed, and we decided to bring the Arab community closer to Israeli airlines, because there has always been a distance between Arab passengers and Israeli companies. So we wanted to bring them in and persuade them to fly with Israeli companies in general and Arkia in particular. We are in touch with many Arab travel agents in order to advance business relations and bring the Arab community closer to Arkia, as I’ve said.”

Berlowitz emphasized that this is the policy espoused both by himself and company Chairman Gadi Tepper. “It is a step that has been needed for a long time. Also for the future [after the coronavirus crisis], when we resume flying to the rest of the world: We want to see Arab citizens flying with us. The new flight attendant course is planned for next month, and this will be a massive training, where the entire course is geared toward the Arab population.”

Berlowitz also said, “Graduates of the course will be integrated in all of Arkia’s flights. Right now 90% of our flights are to Dubai and the Seychelles, which are classified as green [coronavirus-free] destinations. The focus [of this policy] is on flights to Dubai, as on every flight there are 50% Arab passengers. So it’s important to us to have Arabic-speaking flight attendants on the flights, and they will be part of the cadre of flight attendants for the company.”

Undoubtedly this is important news for the Arab population, breaking a glass ceiling for many young Arabs, since Israeli airlines have always refrained from hiring Arab Israeli flight attendants. The person to break the glass ceiling will be Claude Nakhleh, 25, from Rama, who is in the final selection process.

Nakhleh told Al-Monitor, “I’ve already passed two stages of the selection process and I’m waiting for the third and final step, after which you get to the training course. I’m a graduate of Tel Aviv University in women’s and gender studies, along with French culture, but it has always been my dream to be a flight attendant since I was a girl. I remember we used to fly to France to visit my grandfather, who lived there, and I would look at the flight attendants and tell my dad that I wanted to be a flight attendant one day. I hope I’ll succeed in achieving my dream soon.”

When asked whether she expects to be limited to flights to Dubai, which is considered an Arab destination, or to fly to all destinations in the future, she said, “I don’t expect to be limited to the Dubai line or a specific destination, and this is what we understood from Arkia, which told us that the intention is that we would fly to all destinations in the future. I see the job as a personal challenge for myself and a career that I’ll continue to develop and invest in.”

Generations of Israeli governments had ignored the potential in the human resources to be found in the Arab population. Rather, they have been concerned with compartmentalizing and distancing Arabs from the Israeli mainstream. Arkia should be praised for its initiative of recognizing this human potential, although it could have been advanced decades ago.

We could now hope that the rest of the Israeli airlines will follow suit, even if it takes Knesset legislation. Eight years ago Joint List legislator Ahmad Tibi introduced legislation defending passengers rights vis-a-vis the carriers, proposing the “Aviation Services Law.” It might now be the time for a legislation framing the recruitment of flight staff, to ensure equal opportunities.