For Israelis of Mizrahi origin, normalization with the United Arab Emirates and Bahrain has great significance; it reconnects them to the Arab world, with its history and heritage. 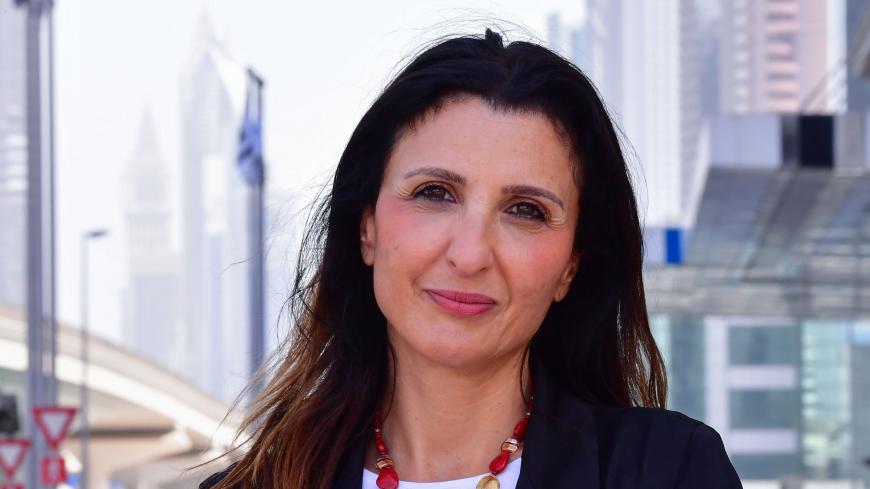 Deputy Mayor of Jerusalem and co-founder of the UAE-Israel Business Council Fleur Hassan-Nahoum is seen during an interview at Dubai's al-Habtoor palace in the United Arab Emirates, on Oct. 13, 2020. - GIUSEPPE CACACE/AFP via Getty Images

Jerusalem Deputy Mayor Fleur Hassan-Nahoum was one of the first local-politics figures in Israel to ride the normalization wave with the United Arab Emirates. Quickly after the August announcement by President Donald Trump on the normalization, she joined other Israelis and Emiratis in establishing the UAE-Israel Business Council. On Oct. 19, she went to Dubai and met with investors and decision-makers to advance the joint venture.

On Dec. 6, Hassan-Nahoum was part of yet another initiative, partnering the Heritage Center for Middle East and North Africa Jewry with the Crossroads of Civilizations Museum in Dubai. It was an especially moving moment for Hassan-Nahoum. She was born in London and grew up in Gibraltar, but both her parents are of Moroccan origin. "For the first time, we have pledged to focus on what unites Jews and Arabs and to turn the Middle East into a center of cooperation between peoples,’’ she posted on her Facebook page.

According to the memorandum of understanding, the two institutions seek to “highlight the positive historic relationship between Jews and Arabs, to better understand the culture of the other, to strengthen and highlight the contribution of both peoples to humanity” and to collaborate on projects to create more understanding of each other’s peoples.

Other Jews of Mizrahi origin (from Arab countries) also believe that common traditions and history can introduce deeper content and a real sense of sharing into the normalization agreements. Composer, songwriter and singer Avihu Medina, son of an immigrant from Yemen, is one of them. The master of Mediterranean Israeli music told Al-Monitor that the normalization deals with the Emirates and with Bahrain stand on their own merits, as the three countries share strong strategic, security and economic interests. Still, he said familiarity with the other country's culture and ways of thinking could certainly add extra layers to this burgeoning love affair.

"A few weeks ago, an agent of a famous singer in the Emirates approached me. He proposed to me to register a duo with his client, with me singing in Hebrew and him singing in Arabic one of my most successful tunes, ‘Praise Jerusalem.’ I thought the idea was great. After all, Jerusalem is holy to both Judaism and Islam. But apparently, Emiratis are even more familiar with my music that I could ever imagine. I was just about to send my playback to the producer, when another Emirati singer recorded my Jerusalem tune in Arabic!’’

Tsionit Fattal-Kuperwasser is the author of the novel "The pictures on the wall’’ and an activist for building bridges between Jews and Iraqis. For her, the recent rapprochement between Israel and the Emirates and Bahrain is wonderful news and reason for hope that normalization could spread to the whole Arab world.

"Five years ago, when my parents passed away, I decided to explore their history and the history of the Iraqi Jews. I discovered an impressive culture I knew almost nothing about. A world that was ignored in our school textbooks and marginalized by the Israeli education system as if it was inferior. I started researching and ended up writing a fiction book that also depicts the traditions, political context, arts and so much more of the Iraqi Jews in the golden era of the 1920s and 1930s. A period when they were part and parcel of the ‘New Iraq.’’’

Fattal-Kuperwasser recounts that her personal voyage into the history of Iraq and its Jews provoked unexpected reactions from young Iraqis, eager to learn more and to reconnect. For them, Iraqi Jews are inseparable from the country’s history and past glory. It generated a fascinating dialogue that continues and evolves.

“When they heard about the normalization, they congratulated me and other Israelis of Iraqi descent. Even publicly. They told me, ‘We also want to become part of the peace chain.’ For them, we are a bridge to hope and to a better future,'’ she told Al-Monitor.

Fattal-Kuperwasser said she feels she has a lot in common with her new Iraqi friends. Her book has been translated into Arabic, becoming a bestseller in her parents’ homeland of origin. It has been featured in two Iraqi book fairs and became a reference for history students in Baghdad. And though she is unable to visit Iraq, an enemy state of Israel, she hopes that things will change in the future. For her and for many other Israeli Jews of Mizrahi origin, the new regional developments reflect not only a new era but also the recognition of Israel and the Israeli establishment's recognition of Mizrahi heritage with all its richness, past and present.

In a message written after the August announcement by Trump, Fattal-Kuperwasser wrote, "The peace agreement between Israel and the United Arab Emirates produces hope in our area, the learning wars and hate. Yesterday I was flooded with blessings from my friends in Iraq on the agreement and they wish for there to be peace between Iraq and Israel. I replied to them that this would be one of the happiest days of my life.’’