The Israeli government wants Israelis to avoid travel to the UAE, Turkey and other countries following the killing of an Iranian nuclear scientist. 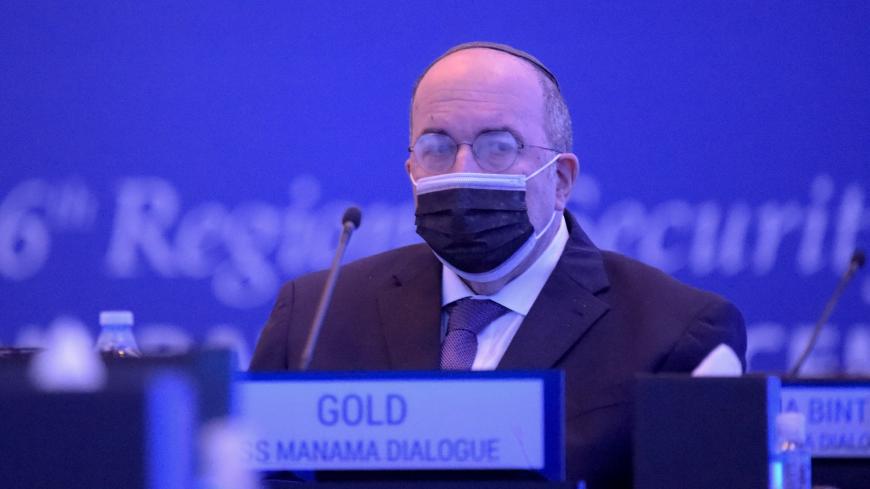 Dore Gold, the former Israeli ambassador to the United Nations and the president of the Jerusalem Center for Public Affairs, attends the opening session of the Manama Dialogue security conference in the Bahraini capital, on Dec. 4, 2020. His visit came as Israel warns against travel to Bahrain and other countries in the wake of the killing of an Iranian nuclear scientist. - MAZEN MAHDI/AFP via Getty Images

Israel is warning its citizens to avoid travel to several states in the Gulf and other parts of the Middle East. The news comes as Iran vows revenge for the killing of a nuclear scientist; Tehran says Israel was responsible.

The warning also follows Israeli visits to the United Arab Emirates and Bahrain following the normalization deals between Israel and the two Gulf countries.

Israel’s National Security Council sent out a warning Thursday urging citizens to avoid travel to the UAE, Bahrain, the Kurdistan Region of Iraq, Turkey, Georgia and Azerbaijan, as well as all of Africa, The Associated Press reported.

The travel warning for the UAE is classified as a “basic concrete threat.”

“Given the presence and activities of terrorist organizations, there are tangible threats to the safety of Israeli citizens visiting/staying in the United Arab Emirates,” the council said. Bahrain has the same threat level.

The warnings follow the fatal shooting of Iranian nuclear scientist Mohsen Fakhrizadeh in Iran last week. In response to Iran's allegation that Israel was behind the killing, Israeli Prime Minister Benjamin Netanyahu said, “They always accuse us rightly or wrongly on anything that happens in Iran.”

The countries listed by Israel make sense because of the access Iranians have to them. Turkey borders Iran, as does Azerbaijan. Some Iran-linked companies operate in the UAE, and Iran also has considerable influence in Bahrain. Iran struck US military positions In the Kurdistan Region of Iraq in January in response to the US killing of Iranian commander Qasem Soleimani. Israeli citizens have entered the Kurdistan Region on non-Israeli passports in the past.

The warnings are also notable because of the recent normalization deals Israel signed with the UAE and Bahrain. Israelis can now travel to both the Emirates and Bahrain after years of mostly being unable to, and many Israelis have already flown to Dubai. The warning could dampen the eagerness Israelis have to visit their new Gulf allies.

The Israeli government is also warning scientists who worked at Israel’s nuclear reactor near Dimona to exercise more caution in case they are targeted by Iran, The Times of Israel reported Friday.