Israeli health authorities are signaling they might offer the Palestinian Authority surplus vaccines against the coronavirus. 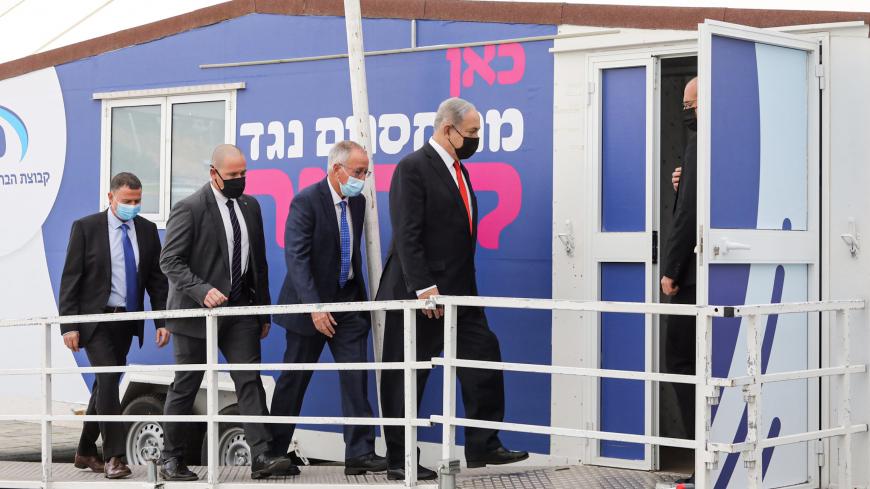 Deputy Health Minister Yoav Kisch said yesterday that if Israel gets more vaccines than it needs, it may offer the excess to the Palestinian Authority. Speaking at an interview with the public Kan radio station, Kisch said, “Should we see that Israel’s demands have been met and we have additional capability, we will certainly consider helping the Palestinian Authority.” He also said that doing so would help prevent a resurgence of outbreaks in Israel proper.

Jerusalem's Hadassah Hospital may send vaccines it purchased from Russia to the Palestinian Authority. The hospital reportedly ordered some 1.5 million Sputnik 5 vaccines and paid in advance without authorization from the Health Ministry. It is now in doubt whether Israeli health authorities will approve the Russian vaccine.

According to Kan Radio, Israeli and Palestinian health officials including both Health Ministry directors met on Dec. 16 to discuss the worsening pandemic situation in the West Bank and measures taken by both sides to curb the spread of the virus. It was the first meeting of its kind since the resumption of security cooperation between Israel and Palestine after many months of disconnect.

The nongovernmental organization Physicians for Human Rights appealed to the Israeli government on Dec. 16 to provide vaccines for all Palestinians in the West bank and Gaza under Israel’s control. In a letter to Health Ministry director Hezi Levi and Coordinator of Government Activities in the Territories Kamil Abu Rukun, director Ghada Majadle argued that as an occupying force, Israel has a legal obligation to care for Palestinians’ health, stating, “The Palestinian health system, whether in the West Bank or the Gaza Strip, is in dire condition, mainly [because of] restrictions imposed by Israel.”

Israel plans to launch its vaccination drive on Dec. 21. Prime Minister Benjamin Netanyahu and Health Minister Yuli Edelstein will be vaccinated live on television Dec. 19 at the Sheba Medical Center near Tel Aviv. President Reuven Rivlin will be vaccinated on Dec. 20. Netanyahu’s office said the planned event aims at “encouraging the Israeli public to get the vaccine.” Yesterday, the Health Ministry started notifying Israelis over 60 and at-risk populations that they can now make appointments to receive the Pfizer vaccine.