Four days after a top Iranian nuclear scientist was assassinated, the country’s conservative parliament overwhelmingly adopted a draft bill calling for significant breaches of Tehran’s obligations under the 2015 nuclear deal. 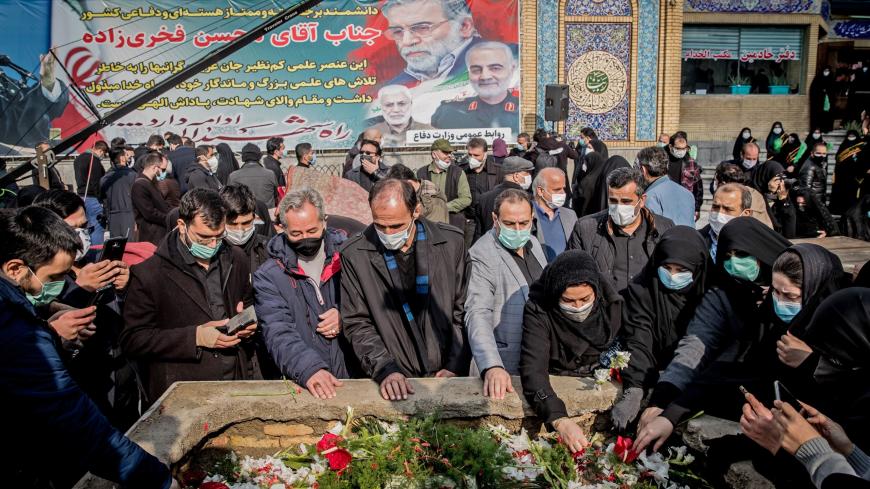 ​Iranian lawmakers who shouted “Death to America!” and “Death to Israel!” voted for the general outlines of a draft bill that would require the government of President Hassan Rouhani to dramatically reduce its commitments to the already fragile nuclear deal known as the Joint Comprehensive Plan of Action (JCPOA).

The bill has yet to be adopted in a second session; it then would have to get a seal of approval from the supervisory Guardian Council. The legislation calls for a jump of 20% in Iran’s uranium enrichment, well above the 3.67% rate Iran agreed to under the accord. The bill says a 120-kilogram (265-pound) stockpile of the product would have to be prepared within two months of the adoption of the legislation and would have to be stored exclusively inside Iran.

The bill further demands that the Atomic Energy Organization of Iran halt its voluntary implementation of the Additional Protocol within three months if the European signatories of the JCPOA “fail to abide by their side of the accord.”

The spokesman for the parliament’s National Security and Foreign Policy Commission, Abolfazl Amouee, said the key goal behind the bill is “to unlock Iran’s nuclear cycle,” on which the JCPOA has placed severe restrictions in exchange for a removal of international sanctions against the Islamic Republic.

Amouee said the plan could make it “costly” for the European signatories to come up with new sanctions on Iran. The revival of the nuclear cycle, he added, is also a “pursuit” of the goals of Iran’s nuclear “martyrs,” a title the Islamic Republic has granted its assassinated nuclear scientists. The latest is Mohsen Fakhrizadeh; Tehran is blaming his Nov. 27 death on Israel.

Since the slaying, Iran’s hard-liners have been pressing for a proportionate and “harsh revenge,” proposing a wide range of options, including strikes on the Israeli city of Haifa. They also are seeking a suspension of Iran’s cooperation with the International Atomic Energy Organization. “Switch off the cameras! Turn on the nuclear lights!” wrote the ultraconservative daily Javan in a clear reference to the watchdog’s regular inspections and monitoring, which Iran has accepted under the JCPOA.

However, the Rouhani government, which is worried more than ever about the fate of the nuclear deal, argues that the assassination is an “Israeli trap” that Tehran should avoid falling into and that any response needs to be well thought out.

The murder of one of Iran’s most prominent nuclear and missile technology experts in broad daylight well inside the Iranian territory has exposed not only the country’s intelligence breaches and security vulnerabilities but also deep political rifts within its ruling elites, whose debate on “retaliation” has stirred up fundamental differences over the JCPOA.

After the Dec. 1 bill was ratified, government spokesman Ali Rabiei came out with unprecedented criticism against the lawmakers. “Decisions on the status of the nuclear deal are not within the parliament’s jurisdiction,” he said.

Parliament Speaker Mohammad Bagher Ghalibaf, on the other hand, expressed delight at the draft bill’s passage, saying “the nuclear deal is no longer a one-sided game” controlled by the other signatories. He told the session that as the top legislative body, the Iranian parliament is entitled with the right under the constitution “to interfere in and decide on any issue.”