Iranian President Hassan Rouhani suggested today that he would not allow domestic critics of the nuclear deal to delay Iran’s reentry to the deal. 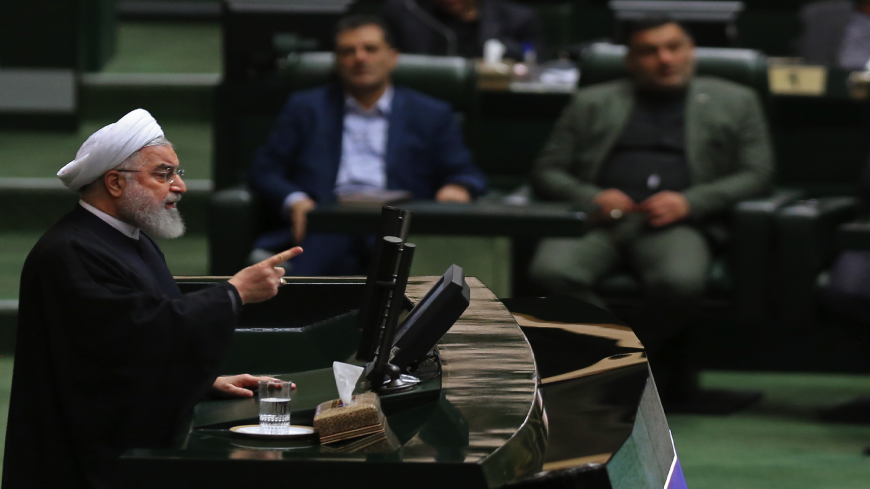 With President-elect Joe Biden signaling that the United States will reenter the nuclear deal that limited Iran’s nuclear program in exchange for sanctions relief, Iran’s President Hassan Rouhani has signaled that his administration would not be deterred in fully rejoining the deal as well.

“The administration will not allow anyone to delay the end of sanctions, and some want this to happen,” Rouhani said at a press conference today. “We will not allow it for one minute or even one hour, and the sanctions must be broken. America must return to its previous commitments … and we will return to our own commitments.”

Rouhani said later in the press conference that both Donald Trump and “some inside the country wanted to destroy the nuclear deal.” On Dec. 1, members of Iran’s conservative-led parliament passed a bill to push Iran’s nuclear abilities to pre-2015 levels. In response to a question at the press conference from Tasnim News Agency about parliament’s bill, Rouhani said he has already stated his opposition to these measures as tactics to increase Iran’s bargaining with the removal of sanctions, and his administration will implement the bill according to their own “interpretation.”

Iran and five permanent members of the UN Security Council signed the nuclear deal known as the Joint Comprehensive Plan of Action in 2015. Trump exited the deal in 2018 and reapplied all previous sanctions. Iran gradually reduced some of its nuclear commitments but remained in the deal. With six months left in his administration, Rouhani is motivated to save his key foreign policy achievement. Given that the US exit robbed Iran of many of the tangible benefits of the deal, a reentry would eventually be more beneficial to the incoming administration.

While Rouhani deals with salvaging the nuclear deal, Health Ministry officials are still dealing with the coronavirus, which has hit Iran particularly hard. In the last 24 hours, 251 people have died due to the virus. Over 52,000 people in total have died from the pandemic in Iran, though officials say the actual number is likely higher.

Unable to shut down the entire country due to being under crippling sanctions, Iran tried a variety of targeted shutdowns with limited success. Officials are now telling the public that they are working on a vaccine that should be ready by spring. Health Minister Saeed Namaki said Iran would produce the vaccine itself, adding he would not allow Iranians to be tested with unproven vaccines. He said a vaccine would also be imported from “reliable sources.” Spokesperson for Iran’s Health Ministry Sima Sadat Lari said Iran is currently pursuing vaccines from Russia, China and India.