Haim Eshed told an Israeli newspaper that the US government had struck an "agreement" with the extraterrestrials. 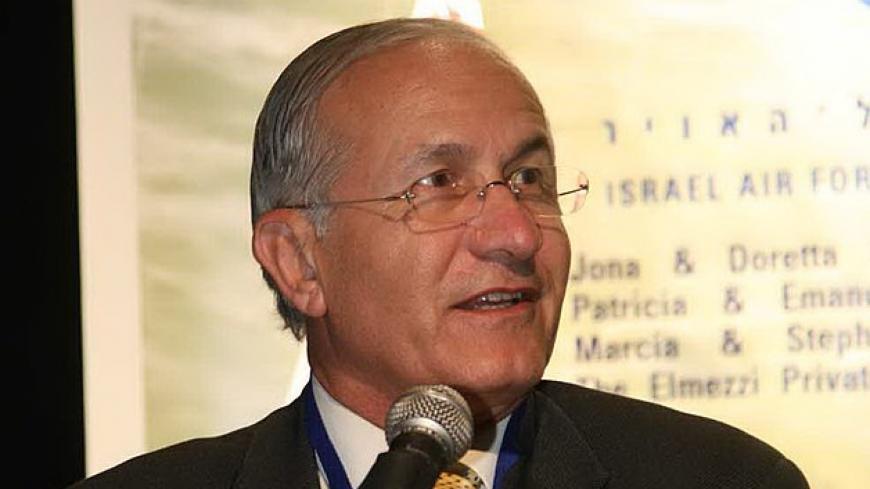 Haim Eshed, seen here in a 2008 photo, has caused a stir with statements about aliens from outer space. - Fisher Institute for Air and Space Strategic Studies/Wikimedia

A former Israeli space security chief has made headlines for saying that not only does a “Galactic Federation’” of aliens exist, but that President Donald Trump knows about it.

"The unidentified flying objects have asked not to publish that they are here, humanity is not ready yet," Haim Eshed, former chief of Israel's Defense Ministry's space directorate, told the Israeli daily Yediot Aharonot.

"They have been waiting until today for humanity to develop and reach a stage where we will understand, in general, what space and spaceships are," he said, according to a translation by the Jerusalem Post.

Eshed, 87, who ran Israel’s space agency for nearly three decades, also claimed there was “an agreement between the US government and the aliens.”

“They signed a contract with us to do experiments here" and understand “the fabric of the universe,” he told the paper.

Eshed said Trump is aware of the aliens’ existence and was “on the verge of revealing” it but the aliens wanted to avoid mass panic. The “Galactic Federation” stopped the president, Eshed said, believing it was better for humans to first “evolve and reach a stage where we will ... understand what space and spaceships are.”

Isaac Ben-Israel, the current chairman of the Israel Space Agency, said although Eshed’s claims were far-fetched, he remains a respected leader in the field.

“If I would have to choose one person to be called the father of Israel’s space capabilities, it would be Haim Eshed,” Ben-Israel told The Times of Israel.

Nick Pope, who used to study UFOs for the British Defense Ministry, also cast doubt on Eshed's claims. He told NBC News he thought they were either “some sort of practical joke or publicity stunt to help sell his book.”

The book is "The Universe Beyond the Horizon — Conversations with Professor Haim Eshed," by Hagar Yanai.

Asked why he was just sharing this information now, Eshed said the claims may have previously sounded outlandish, but the academic landscape has changed and he’s since become a well-respected figure in academia.

"If I had come up with what I’m saying today five years ago, I would have been hospitalized," he said.