Turkish intelligence believe Habib Chaab was lured to Istanbul and abducted by a group working on behalf of Iran. 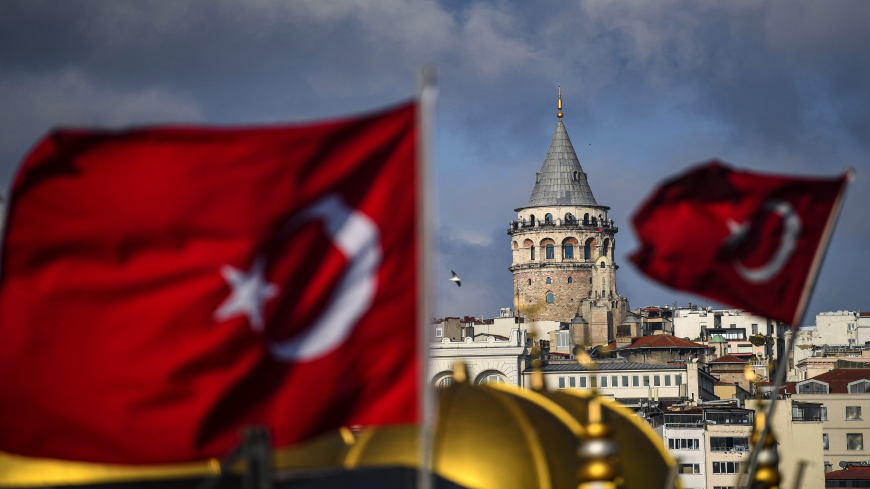 In this photo taken on Dec. 6, 2020, the Galata tower is pictured next to Turkish national flags in Istanbul. - OZAN KOSE/AFP via Getty Images

Turkey has arrested 11 people suspected of working with Iran to abduct an Iranian opposition figure in Istanbul and smuggle him back to Iran.

Prominent Arab dissident Habib Chaab, who for the past 14 years had lived in exile in Sweden, had flown to Turkey in October to meet with a woman, The Washington Post reports. Sources told the outlet that he and the woman, who arrived in Turkey the day before on a fake Iranian passport, arranged to meet at a gas station in Istanbul.

Chaab was then lured into a parked van where he was drugged, tied up and smuggled across the border into Iran from Turkey’s eastern province of Van. Shortly after, Iranian media reported that Chaab was arrested in Iran but didn’t specify the circumstances.

The Post says the 11 men detained in connection with his abduction were all Turkish and arraigned on charges including “using weapons … to deprive an individual of their liberty through deceit.”

Turkey’s state-run TRT reports that the Turkish intelligence service believes that drug trafficker Naji Sharifi Zindasti was involved in Chaab’s abduction and is still at large. Zindasti has lived in Turkey since Iran sentenced him to death in 2007, and analysts told the outlet Iran may have given Zindasti a pardon in exchange for handing over Chaab.

According to the Post, Chaab led the Swedish branch of the Arab Struggle Movement for the Liberation of Ahvaz, or ASMLA, a separatist group in Iran’s southwestern province of Khuzestan. Iran says ASMLA-linked militants were behind an attack on a military parade in the Iranian city of Ahwaz that killed 25 people and injured dozens more in 2018.

Chaab’s abduction has drawn comparisons to that of Ruhollah Zam, an Iranian dissident who was executed in Iran this weekend after a court convicted him of “corruption on earth.” Zam, who ran an opposition news site while living in Paris, reportedly traveled to Iraq last year where he was captured by Iran’s Revolutionary Guards and taken to Iran.

Last November, Iranian dissident Masoud Molavi Vardanjani was shot dead on an Istanbul street in what was believed to be an Iran-orchestrated assassination.

On Monday, the Trump administration sanctioned two Iranian intelligence officials over their alleged role in the abduction, detention and probably death of Robert Levinson, a retired FBI agent who disappeared while on an unauthorized CIA mission in Iran in 2007.