Signals indicate the embargo imposed on Qatar could come to an end, but can the Gulf Cooperation Council play a coordinating role vital to diversify Gulf economies post-pandemic? 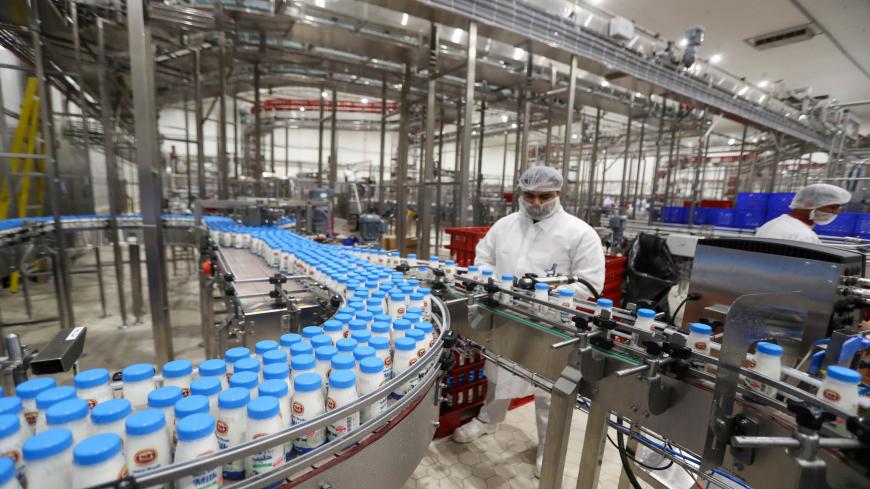 A worker inspects bottles of milk on the producion line at a dairy factory at Baladna farm in the city of al-Khor, north of Doha, Qatar, Oct. 26, 2019. - Karim Jaafar/AFP via Getty Images

As the spotlight returns to the yearslong rift among Gulf countries and Qatar, and new reports claim an end may be in sight, there are massive challenges ahead for Gulf economies — even if the dispute is brought to a successful end.

Four Arab countries imposed an embargo on Qatar in mid-2017, in the hope that it would force the gas-rich emirate to kneel down and comply to a list of 13 demands that included severing ties with Iran and the Muslim Brotherhood, as well as shutting down Al Jazeera.

The crisis instead galvanized the Qatari economy — 47,000 companies have been established since 2017 — and boosted national pride over locally made products. Doha repeatedly denied the charges, saying the embargo aimed to undermine its sovereignty and responded defiantly by opening new trade line routes, including with Turkey and neighboring Iran.

“Qatar after June 5, 2017, is not like Qatar before,” the press officer of a Qatari dairy giant that operates one of the biggest cattle farms in the Gulf told Reuters. Doha's pugnacious efforts to strengthen its farming industry and achieve food security is one of the main policy responses to the blockade, although it risks accelerating groundwater depletion.

In the final days of Donald Trump's presidency, “some movements” signal the three-year-long rift might come to an end as US Secretary of State Mike Pompeo and Trump’s son-in-law Jared Kushner reportedly pushed ahead in a last-ditch effort to end the feud. “There is no winner out of this crisis and all of us are losing,” the US national security advisr said.

Sources told Reuters a preliminary deal could be announced during an annual Gulf Cooperation Council (GCC) summit scheduled for January 2021.

The GCC crisis proves to be a logistics challenge for thousands of firms running businesses across the region and managing cross-border physical assets from their headquarters in the United Arab Emirates (UAE). Dubai developer DAMAC Properties announced the launch of a new 31-story residential tower project in Qatar just a few days before the rift erupted.

The Saudi Central Bank “essentially banned new transactions with any Qatari institution,” even though the kingdom’s banking sector’s exposure to Qatar amounted to $30 billion in the early days of the crisis, bankers in Riyadh told Reuters.

The decoupling of the once closely intertwined Qatari and Emirati-Saudi economies gave the Saudi-Emirati Coordination Council further momentum. The council held its first meeting in 2018, signaling a shift toward bilateral relations over the regional dialogue.

Omani ports emerged as an alternative transhipment hub for products and a transit point for Dubai-based businessmen to circumvent the suspension of flights to Qatar. Saudi farmers who exported food products to Doha’s hypermarkets had to find new clients as exports from Saudi Arabia to Qatar had fallen by 99% compared to pre-crisis levels.

“I do not think Gulf economies are better off in the crisis than without the crisis,” Oxford Economics Middle East’ chief economist Scott Livermore told Al-Monitor.

Indeed, the rift wiped out the influx of Saudi tourists who accounted for around a third of Qatar’s 2.94 million visitors in 2016, and despite both sides boasting economic success, it comes at the expense of pivotal regional projects that could bring economic benefits.

The most striking example of lost opportunities is the GCC railway, a repeatedly delayed 1,350-mile-long rail network initially planned to connect all GCC states to ease the mobility of millions of passengers, boost regional trade and reduce transportation costs.

Furthermore, the feud undermined the attractiveness of Gulf economies as a single market, as some international investors fear political rivalries prevail over the rule of law and business interests. “Investors like stability and hate uncertainty,” Livermore said.

Costly war of narratives in Washington

The crisis hit at a time when the 2014-16 collapse in oil prices revealed the weaknesses of Gulf economies. The coronavirus pandemic forced decision-makers to act swiftly and implement once-unthinkable taxes in an attempt to safeguard public finances.

Meanwhile, the Emirati, Saudi and Qatari governments spent a total of $190 million lobbying in Washington between 2017 and 2020 in order to fuel a war of narratives, reported the Center for Responsive Politics, a research group that provides data on lobbying expenditures.

“The GCC is dead already”

In the aftermath of the pandemic, the GCC could play an active role in coordinating economic diversification efforts since the alliance’s charter includes stimulating private sector cooperation and technological progress. But Gulf states analyst Nabeel Nowairah believes a unified GCC is not in sight as the six-member states are now in economic competition with one another.

“The GCC is dead already, we should not expect much of it,” he said.

Even before the crisis erupted in 2017, competing interests, lack of policy alignment and slow economic integration have long crippled the political and economic alliance established four decades ago and often described as “a vehicle for Saudi Arabian ambitions.”

The project of a single currency and a GCC Central Bank expected for 2010 have never seen the light of day, and the failure in the common imposition of a value-added tax at a rate of 5% has become a symbol of ineffective regional cooperation. Indeed, Oman, Kuwait and Qatar are yet to implement the tax, while Saudi Arabia already tripled it to 15% in July.

Low oil prices and the prospect of a global energy transition in the coming decades leave Saudi Arabia’s crown prince and de facto ruler Mohammed bin Salman with few choices but to accelerate long-awaited economic reforms, at the risk of challenging the UAE indisputable positioning as Gulf’s economic hub. Nowairah added, “The Saudi-Emirati conflict is coming.”

US President Trump said he “hoped” Gulf nations will “work toward the cooperative future” envisioned by Kuwait’s former emir, a veteran defender of Gulf unity who passed away Sept. 29 after years of unsuccessful attempts to end the GCC crisis. 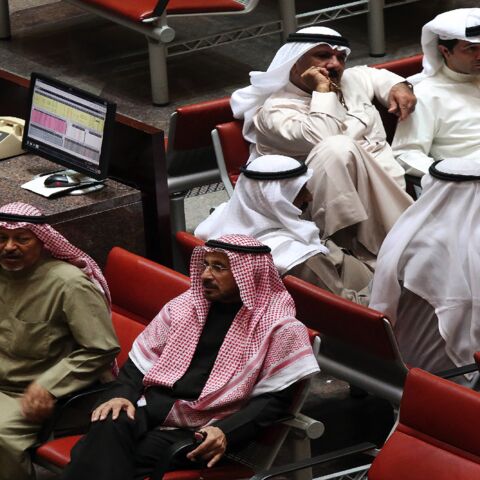